Shozan Jack Haubner presents a prayer for the chaotic awakening of nature that is spring. 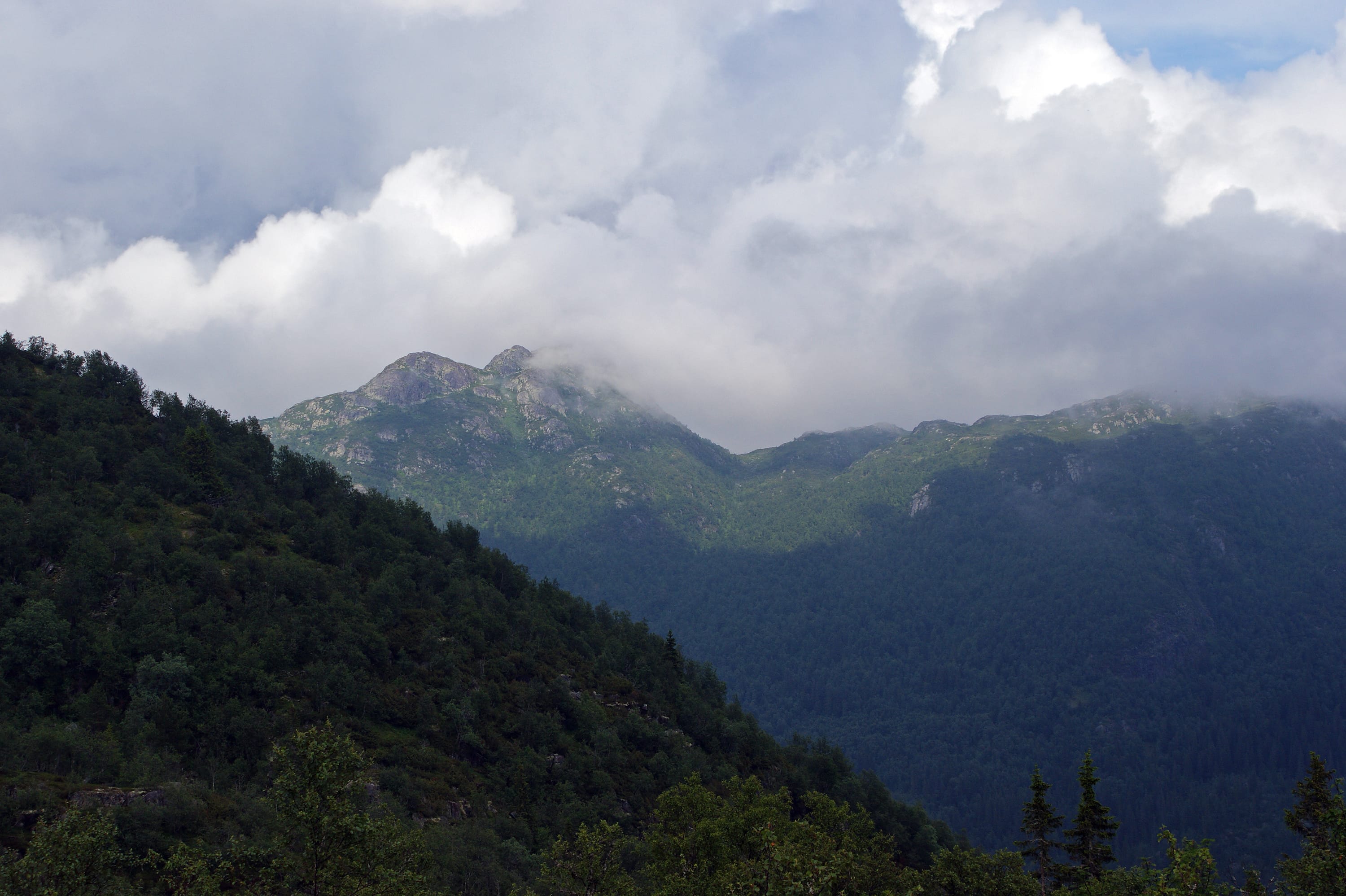 On the mountain where I live, the weather can be incredibly bipolar, which is great fun. In the winter we get snowed in and in the summer the sun burns us all to hell. A big fan of the “middle way,” though, my favorite time of year is… today, as it turns out: Spring (which has arrived painfully behind schedule this snowy, soggy, foggy year).

Spring is when the mountain comes alive. If there’s been a lot of snow, and suddenly there’s tons of sun, things start crawling out of the earth, stirred to life by the contrasts in their surroundings. The hills basically go nuts. You’re walking down the gravel driveway under a canopy of chirping treetops and suddenly a pair of chipmunks falls on top of you. “Sorry dude,” their little scampering body language says. “But something’s goin’ down on this mountain and we’re just part of it!”

But the fun doesn’t stop at pornographic bugs: there’s a surplus of purple and yellow wildflowers; sap-sparkling pinecones the size of footballs; a species of squirrel whose chirp resembles a fire alarm that needs a new battery-cheep!… cheep!… cheep!…and, finally, some damned mammal that keeps shitting directly on our walking meditation path.

And let’s not forget those more formidable beasts — the ticks, black widows and tarantulas, scorpions, rattlesnakes, bears, and perhaps the most difficult and dangerous animal of all: residents from nearby Los Angeles. Their voices waft in through the open windows of our Zendo as we try and sit Zazen, proffering poignant springtime observations such as:

“Of course bugs do it. Everything does it.”

“I bet those monks in that meditation hall there don’t do it,” & etc.

“It’s so beautiful here… it’s so beautiful here… it’s so beautiful here…” I hear this again and again and again from folks visiting the mountain this time of year. I want to say, “You should stop by when there’s six feet of snow or a blistering mid-summer heat wave. What you’re witnessing is the rare and precious fruit of the ongoing argument this mountain has with itself in the form of sun and snow.” When neither party is winning, when the wet, chilly hills are warmed and the sunlight is cooled in the damp earth, the result is a perfect balance of natural opposites-the “middle way” incarnate. Then, instead of arguing with itself, the mountain seems to be… how to put it tactfully?… “knocking itself up.”

And it’s knocking me up too. I’m full of life — wild inside. Not at all the staid and starchy monk I appear to be on the surface, especially when dealing with random visitors, who tend to regard me as just another “natural curiosity” on a mountain full of them. In fact, I kid you not, they often pat me on my bald head as though I’m a friendly mountain goat, all but trying to feed me peanuts and get me to lick tin cans clean.

“What do you study here?” they invariably ask, sizing up our bleak and banal stone and wood cabins. Perhaps you were expecting Shangri-La with Zafus? I want to ask.

“They call it the Middle Way,” I tell them, for lack of a better answer.

They nod, totally bored. “So are you like all peaceful inside?”

“Sure,” I tell them, gesturing widely, putting on my best St. Francis grin. “About as peaceful as this mountain.” This they seem to get, nodding and snapping cell phone pics of flitting finches and swaying, majestic conifers: “It’s soooo peaceful here.”

Anything can happen during this time of year. Spring is a free-for-all.

“Get the snake catcher!” a nun cries just then from up by the compost pits. I leap the stone steps two apiece and discover a six-foot rattlesnake coiled atop a mountain of moldering eggplants. There’s a half-ingested squirrel hanging from its mouth. Within minutes I’ve got the enraged blur of scales and fangs by its neck via our crude, metallic snake-catcher claw; I seal it off in a bucket, and drive it down the hill with a fellow monk to release it by the creek. It is hissing wildly in the bucket in my lap-the sound of a hose with an enormous amount of water pressure that has suddenly sprung a massive leak. Ssssssssssssssss! Maybe it’ll jump out, burst through the top of the bucket, pull an eyeball out of my skull as my monk peer squeals in terror and drives off the edge of the cliff.

I am terrified. I am thrilled.

Anything can happen during this time of year. Spring is a free-for-all of life.

Later that evening I will kill two scorpions: one that has fallen from a pair of jeans I’m sliding into, and one scrambling right over my electric toothbrush in the upper camp washroom. The way I see it, I will whisper inwardly to their dead scorpion souls, if you come into this world with pinchers for hands and a monstrous stinger rising up over your armored fanny, expect to leave it as you lived in it-violently.

After my dual homicide I will return to my cabin, open the windows, smell the night, and listen in the dark as the row of cars beyond our tree line returns to civilization, signaling the end of the city folks’ day trip to the mountaintop.

And if I listen really closely, I can hear their voices-or at least I imagine I do…

Those monks were creepy.

How can they live there?

What do they do all day?

I want to blast out the cabin door in my boxer shorts, a bald, pale thing, rail-thin and wild. I want to jump between their cars shouting, screaming — a madman, a prophet: Burn your Mercedes! Put a fist through your wide-screen TV! Fire your shrink! Punch a hole in the waterbed! Join me on this mountain. You’ll live more life here in five years than you’ll live in twenty-five down in that godforsaken city, with its cannonball boob-jobs and Twittering celebs and acres of traffic and mini malls and all the sad pretty actresses and gay men with those small, yapping dogs…

But alas-beneath all my Kerouac-meets-Hakuin hubris I also hear my ex girlfriend’s sobering voice; the voice of family, friends, of those I left behind when I moved here…

You’re just running away from life… You’re afraid of the real world… How long are you going to stay up there… What will you do when you return, as you must, as all Rinzai Zen monks eventually must… What will you put on your résumé when you try and get a job: “I can sit really still in one spot for long periods of time”?…

These negative voices coalesce into a Symphony of Terror: Condescend to us at your peril, mountain monk. We are the world, we are unavoidable, and we are waiting for you-with a nametag that says: “Welcome to Taco Bell,” and your name printed on it (your ordained name, in Kanji of course)…

Finally, through an act of radiant will — or maybe I’m just tired — I crush all these imaginary voices — these byproducts of a brain bursting and teeming and straight-up mad with spring fever… and I just lay there in the dark; and close my bleary eyes; and let sing me to sleep the sonorous and melancholic chirp of jelly-bean-bellied crickets: trillions of them from the sounds of it, all looking to get laid. But first, before losing consciousness, I compose a prayer, the Spring Prayer, to see off our visitors as the soft surf of tire rubber and road laps backwards, downhill, until there is silence…

May something small, green and beautiful grow

Shozan Jack Haubner is a Buddhist monk in the Rinzai tradition and author of Zen Confidential: Confessions of a Wayward Monk (Shambhala). He writes under a pseudonym.