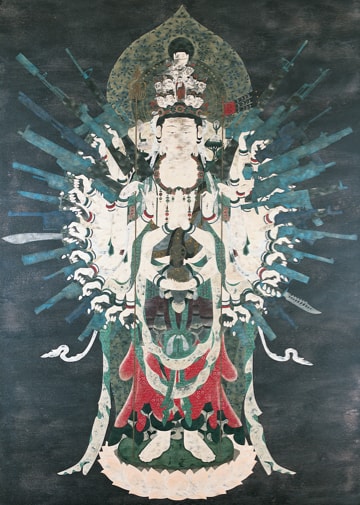 Matthew Gindin reviews If You Meet the Buddha On the Road: Buddhism, Politics and Violence by Michael Jerryson.

If You Meet The Buddha On The Road: Buddhism, Politics and Violence
by Michael Jerryson
Oxford University Press, 2018
240 pages; $99

As Myanmar, a country with a Buddhist majority, carries out genocide against its Muslim Rohingya population (amidst other campaigns of violence), the need to understand how and why Buddhists are engaging in violence is urgent. Despite the prevalent narrative, the reality of “the world’s most peaceful religion” mobilizing to the drumbeat of war is not a new development.

Against that backdrop, Michael Jerryson’s If You Meet the Buddha On the Road: Buddhism, Politics and Violence is part of a growing body of scholarship examining the historical and contemporary entanglements of Buddhists in war and oppression. Jerryson, a professor of religious studies at Youngstown State University, analyzes how Buddhists justify or overlook violence, how they deal with the violence of blasphemy toward what they hold sacred, and how they cope in the face of traumatic conflict. The unifying thread lies in illuminating and problematizing the relationship Buddhists hold with violence.

The book opens with a joke from Slovenian Marxist philosopher Slavoj Zizek, from his 2008 book Violence:

There is an old story about a worker suspected of stealing: every evening, as he leaves the factory, the wheelbarrow he rolls in front of him is carefully inspected. The guards can find nothing. It is always empty. Finally, the penny drops: what the worker is stealing are the wheelbarrows themselves…

The point of this koan-like story is that, when analyzing violence on an individual, interpersonal level, we are often blind to the systemic violence in which we live, like fish blind to water. Jerryson begins, then, by studying the violence inherent in what he calls “Buddhist systems,” a task complicated by popular romanticized ideas about Buddhism. He also takes to task our tendency to focus on text and doctrine at the expense of studying the violence that pervades the real-world operations of Buddhist communities.

Although the book is wide ranging, Jerryson frequently circles back to South Asia, more specifically Thailand, when illustrating the topics he explores. Some examples include what Jerryson calls the “systematic violence” of the Thai bhikkhu sangha’s refusal to accept the ordination of women as bhikkunis; the complicity of the Buddhist sangha in legitimizing the authoritarian state and its key charismatic figurehead, the late King Bhumibol (1946–2016); the rise of the Knowing Buddha Organization, a lay Buddhist group dedicated to defending sacred Buddhist imagery from what they see as violent cultural appropriation and blasphemy; and an exploration of the Thai institution of the Buddhist military chaplain, who disrobes before serving so as not to violate the monastic rule against involvement in violence.

When applicable, Jerryson makes efforts to illustrate how his theme figures not only in Theravada but also Mahayana and Vajrayana Buddhism. Alongside Thailand, the countries of Japan, Tibet, Myanmar, and Taiwan all figure prominently in his examination of the Buddhist relationship with violence. Throughout, Jerryson is concerned with the ways in which Buddhist systems contain structural violence, find ways to justify violence, hide violence from themselves, and even fail to adequately respond to the stress of violence.

One thread examines the ways in which Buddhist monks across traditions use their unique social charisma to act as an authority with a political role distinct from both government and civilians. This role has the potential to empower critiques of Buddhist societies or, troublingly, to supply Buddhist rationales for violence that, while at odds with Buddhist doctrine, have the imprimatur of the monks’ unique social power as revered monastics, as in the case of the notorious Burmese monk U Wirathu, who has a history of inciting violence against Muslims in Myanmar.

Throughout this (perhaps overly) ambitious book, Jerryson brings to light many issues that deserve serious attention from those who are concerned with the preservation of the buddhadharma in the world. Many of the activities or beliefs he examines showcase examples of Buddhists embracing violence, whether overtly or subtly. As practitioners of a religion that holds nonviolence and compassion to be central values across denominations, this should concern us all and motivate us to become educated and take countermeasures.

As useful as Jerryson’s treatment of the subject is, it is also problematic in many ways, beginning with the blurriness of his definition of Buddhism. Jerryson refuses to make a distinction between Buddhism as it is supposed to be practiced and Buddhism as it is actually practiced; for him, there is only Buddhism as deployed in the real world. Considering the fact that, according to Buddhist teachings themselves, Buddhism is largely practiced by people whose mind streams are polluted with greed, hatred, and delusion and who don’t yet fully understand the dharma, the picture of “Buddhism” this approach yields is predictably bleak.

While there is benefit to analyzing Buddhist communities in this way—for one, exposing the warts of the community to the light might empower us to address them—it can also be confusing and disempowering. If we refuse to separate the ideals of Buddhism from the reality of Buddhism, then on what basis could we launch a Buddhist critique of the behavior of the sangha? Only by appealing to people’s own highest values can we call for change.

First, we must clarify mainstream Buddhist norms about violence—something probably best done on a lineage-by-lineage basis, rather than by constructing a monolith called “Buddhism,” as Jerryson does—and examine the ways in which those norms are upheld or subverted, and why. This is exactly what Jerryson fails to do with any rigor. Although he acknowledges that primary, canonical Buddhist texts deplore violence, his main focus is on the way those texts and other sources—commentaries, noncanonical writings, obscure sectarian texts, or statements by members of the monastic sangha—provide justifications for violence. In this way, Jerryson concludes that Buddhist systems do not really effectively condemn violence at all.

Particularly troublesome is Jerryson’s propensity for generalizing statements about Buddhism on the basis of obscure texts, for example his use of a Chinese Mahayana text (The Catharsis of Ajatashatru’s Remorse) that advocates the ability to kill one’s mother as indicating a true understanding of emptiness. Jerryson treats this little-known text as a cautionary tale on the dangers inherent in embracing the doctrine of emptiness. This is just one example of Jerryson’s seeming determination to maximize the perceived presence of violence in Buddhist texts and practices.

Jerryson also engages in some poor exegesis, beginning with the title of the book itself, chosen as an example of the endemic nature of violence in Buddhist writings. This however, is a somewhat melodramatic and humorless interpretation of the original, self-consciously shocking Zen quote “If you meet the Buddha on the road, kill him,” which was intended as an admonition against seeing the Buddha as external to oneself. The most glaring example of poor exegesis, however, is Jerryson’s treatment of the Pali Yodhavija Sutta. In this sutta, a warrior approaches the Buddha and asks if it is true that he will go to heaven if he dies valiantly in battle. The Buddha twice avoids answering, but finally replies that, “When a warrior strives and exerts himself in battle, his mind is already seized, debased, and misdirected by the thought: ‘May these beings be struck down or slaughtered or annihilated or destroyed. May they not exist.’ If others then strike him down and slay him while he is thus striving and exerting himself in battle, then with the breakup of the body, after death, he is reborn in the hell called the realm of those slain in battle.”

The meaning of this text seems very straightforward. In a manner consistent with thousands of teachings in the Pali canon condemning ill will and violence under any circumstances, the Buddha is here refusing to allow for the idea of noble warfare. Jerryson, however, interprets the text as the Buddha telling the man that if he fights without a mind of hatred he will not go to hell. This is a very forced reading. The Buddha does not say that, and if that were his meaning it would be hard to understand why the he avoids answering the question or, even more pertinently, why the sutta ends as it does—with the man in tears. Jerryson quotes this text to prove that justifications for violence can be found in even the oldest, most foundational Buddhist texts, whereas nothing could be further from the truth. The bedrock Buddhist texts, which ground all Buddhist traditions, reject violence absolutely.

Ironically, Jerryson criticizes past scholars for projecting Western ideas and constructs onto Buddhism, but he is frequently guilty of exactly that. Though the book’s introduction pays lip service to the importance of utilizing Buddhist understandings of violence, Jerryson ultimately fails to do so in a consistent, systematic way. And while the ideas of the Western philosophers he leans upon so heavily, such as Slavoj Zizek and Carl Schmitt, could be brought into fruitful dialogue with Buddhist thought, if one’s aim is to avoid intellectual colonialism—as Jerryson purports his to be—Buddhist ways of thinking must also be clearly delineated and employed throughout.

Returning to Zizek’s humorous wheelbarrow analogy, I came away feeling Jerryson was guilty of stealing a few wheelbarrows himself. The irony here is that some Buddhists are bound to feel Jerryson has done violence to Buddhism by superimposing non-Buddhist constructs and misrepresenting aspects of the tradition. Nevertheless, a careful reading of this book can sensitize us to potential dangers in the way Buddhist doctrines and communal structures can become tools of violence. It must be left to another book, though, to provide us with a practical analysis of how practitioners might prevent and overcome such weaponizations of the dharma.

Matthew Gindin is a former monk in the Thai Forest Tradition who now works as a journalist, educator, and meditation instructor in Vancouver, British Columbia.