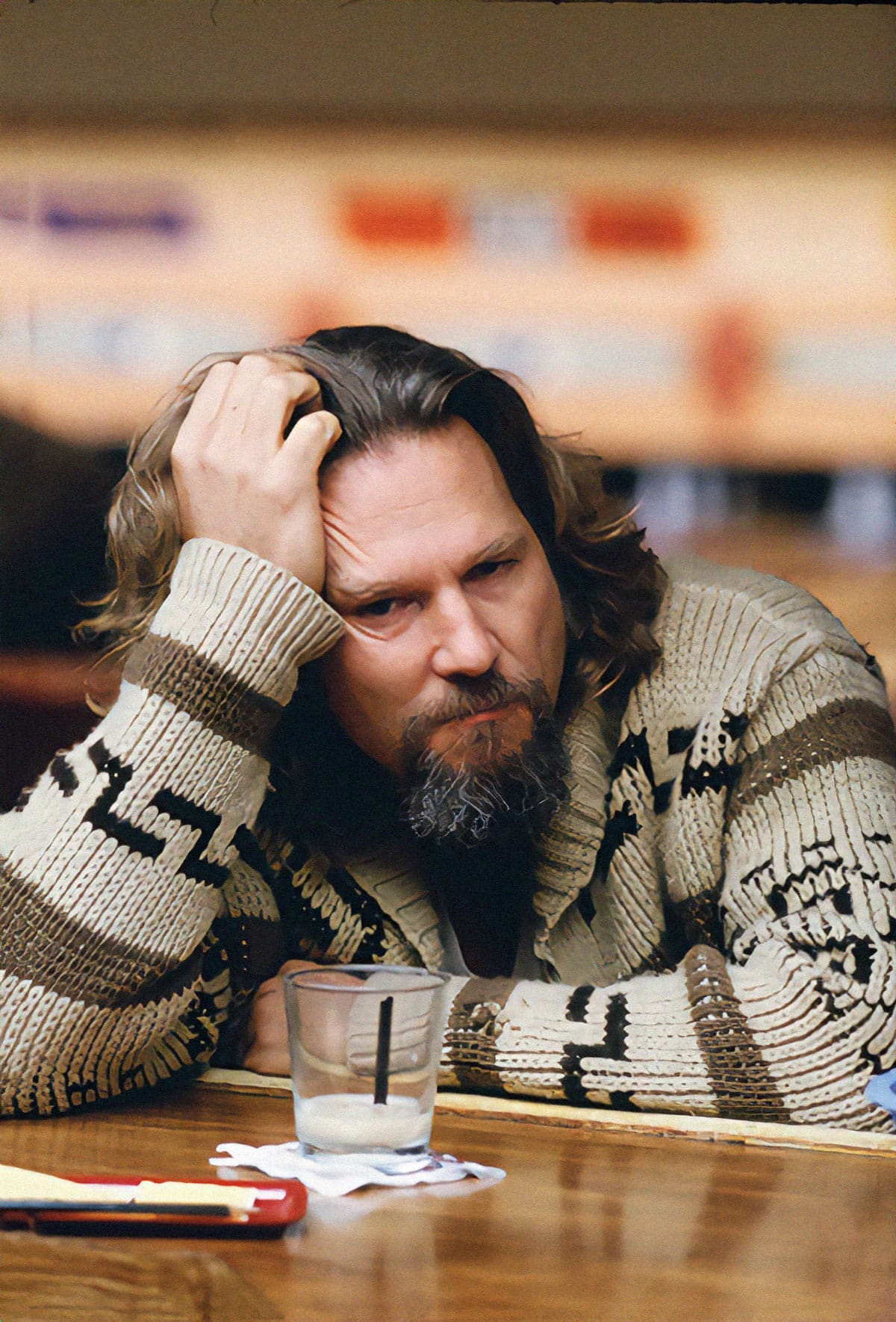 Is the Dude a Zen master? His enigmatic pronouncements are certainly food for thought—or nonthought.

Roshi Bernie Glassman has created a course of koan study based on some of the film’s best-known lines, which are followed by a series of possible commentaries—from Koryu Roshi, with whom Bernie Glassman passed his first koan; from Glassman’s students KoOn and Mark (his “life koan” is social entrepreneurship); from a hypothetical Harvard student (representing rational mind); from traditional Zen sources; and, of course, from Roshi Bernie himself.

Lebowski koan: “What do you do, Mr. Lebowski?
A Harvard student asks: “How do I choose my vocation?”
Koryu roshi says: “Why do you put on your patchwork robe at the sound of the bell?”
KoOn’s interpretation: “What will Gandhi do when he grows up?
Roshi Bernie replies: “The vocation chooses you!”

Lebowski koan: “Shut the fuck up, Donny, you’re out of your element!”
A Harvard student asks: “How do we reconcile not-knowing with the need to know?”
Koryu Roshi says: “Why has the Western barbarian no beard?”
KoOn’s interpretation: “True or false? This statement is false.”
Roshi Bernie comments: “Not-knowing is most intimate.”

Lebowski koan: “You’re Lebowski, Lebowski.”
Mark’s life koan: “Who am I?”
Traditional case koan from The Book of Equanimity, Case 38: Linji said to the assembly, “In this lump of red flesh, there is a true person of no rank. He is always going in and out of the face of every one of you. Those who have not yet witnessed him: look! look!”

Lebowski koan: “Put the piece away, Walter.”
Mark’s life koan: “What Does it Mean to Give?”
Traditional case koan from the Gateless Gate, Case 41: Bodhidharma sat facing the wall. The Second Patriarch of Zen, Eka, said, “My mind is not at rest. Please pacify it for me!” The First Patriarch replied, “Bring me your mind and I will calm it!” The Second Patriarch said, “I have searched for it everywhere, but I cannot find it!” Bodhidharma replied, “There, I have put your mind at rest for you!”

Lebowski koan: Malibu cop: “And i don’t like you, jerk-off! Do I make myself clear?” Dude (after a pause): “Sorry, I wasn’t listening.”
A Harvard student asks: “Is there a connection between Zen meditation and one’s ability to ‘listen from the heart’”?
Koryu Roshi says: “The breeze is whistling through the old pine; hearing it closer, the sound is better.”
KoOn’s interpretation: “Doctor! I keep hearing voices outside my head!”

Lebowski koan: “I’m not Mr. Lebowski. You’re Mr. Lebowski. I’m the Dude.”
Mark’s life koan: “Who is this stranger looking back at me?”
Traditional case koan from Blue Cliff Record, Case 1: Emperor Wu of Liang asked the great master Bodhidharma, “What is the main point of this holy teaching?” “Vast emptiness, nothing holy,” said Bodhidharma. “Who are you, standing in front of me?” asked the emperor. “I do not know,” said Bodhidharma.