In his new book, Superiority Conceit in Buddhist Traditions, Bhikkhu Analayo investigates some of the ways we as Buddhists have deluded ourselves about the “other”—from ongoing discrimination against women to the idea that Theravada practitioners have special access to the “pure” teachings. In this excerpt, he examines Mahayana bias against the so-called “Hinayana.” 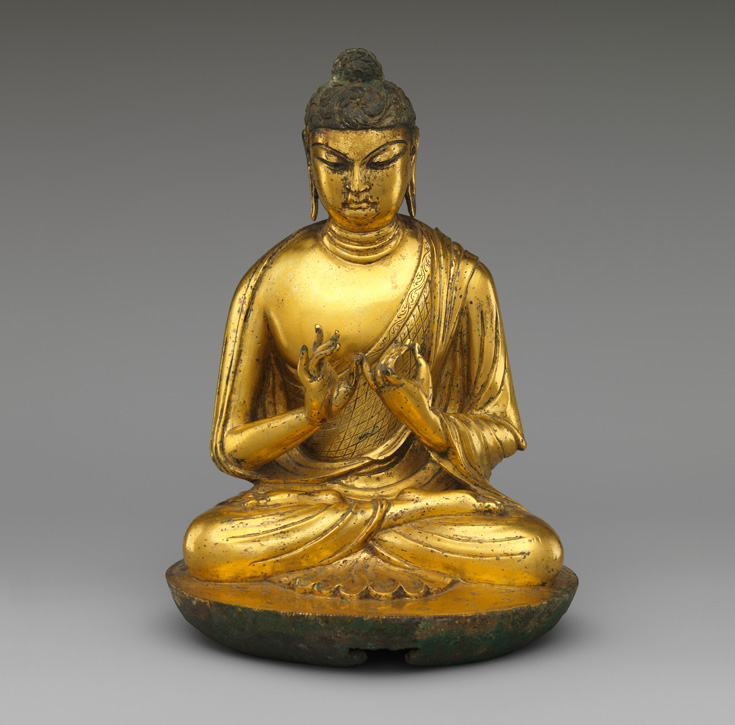 Superiority claims by followers of the Great Vehicle find their most blatant expression in the employment of the term “Hinayana.” The first part of this term, hina, literally means “inferior,” “lowly,” “faulty,” or “deficient.” The English expression “small vehicle” is not a rendering of the Sanskrit term “Hinayana” but rather a euphemism used in Chinese translations. The basic idea that stands behind the employment of the term “Hinayana” is to provide a contrast to the Mahayana, in the sense of juxtaposing those who have not embarked on the bodhisattva path, for this reason being considered inferior, to those who have dedicated themselves to progress to buddhahood.

The Need for Authentication

The term “Hinayana” features in the biography of Vasubandhu’s conversion to the Mahayana. According to this biography, at first Vasubandhu had no faith in the Mahayana, as he believed this was not taught by the Buddha. After his conversion, however, Vasubandhu offered several arguments to counter the perennial challenge of establishing a direct relationship between the Mahayana and the word of the Buddha. Simply stated, the problem underlying this issue is the felt need to authenticate central scriptures considered sacred by attributing them to the historical Buddha. This tendency is pervasive in different Buddhist traditions and is not confined to followers of the Mahayana.

One argument to establish a connection between the historical Buddha and the Mahayana traditions takes the form of asserting that such teachings were found in a collection of texts that were not part of a communal recitation undertaken by the disciples of the so-called eighteen schools. Being unable to understand Mahayana teachings, so the argument goes, the disciples of these eighteen schools had not included them at the first communal recitation, sangiti, which according to tradition was held soon after the Buddha’s death.

Here the expression “schools,” nikayas, refers to the different monastic ordination traditions that came into being over the course of time in ancient India. The number “eighteen” in turn is probably best taken in a symbolic sense, in line with a general tendency for numbers being used in this way in ancient Indian literature, rather than being an accurate reflection of historical reality.

Due to not including Mahayana teachings in their communal recitation, the eighteen schools came to be designated as Hinayana. In this way, the application of the term “Hinayana” to the eighteen schools emerges in a polemical context. It serves as an expedient reply to the challenge of lacking canonical authority.

The Chinese pilgrims Faxian, Xuanzang, and Yijing report from their travels in India that they found members of the eighteen schools practicing both Hinayana and Mahayana. If all eighteen schools belong to the Hinayana, it is hardly possible that some of them were practitioners of the Mahayana. The two terms “Hinayana” and “Mahayana” are mutually exclusive. Either one follows the bodhisattva path or one does not.

The solution comes once it is recognized that the distinction between these two alternatives is a vocational one. In contrast, membership in the eighteen schools concerns different monastic ordination traditions. The two distinctions have no necessary relation to each other. Being part of a school in the sense of a monastic ordination tradition comes about through taking ordination. Practicing the bodhisattva path, in contrast, is a vocational decision that has no bearing on whether one takes ordination or not, let alone into which school one ordains. In fact, followers of the Mahayana can be found among both monastics and laity.

Not only is the term “Hinayana” not applicable to the eighteen schools, it appears to be entirely a product of imagination. In the words of Jonathan Silk,

the referent of the term “Hinayana,” when it occurs in Buddhist texts themselves, is never any existent institution or organization, but a rhetorical fiction… a fundamental error is thus made when we imagine references to “Hinayana” in Mahayana literature to apply to so-called Sectarian Buddhism, much less to Early Buddhism.

There was never, during any period of Indian history, anywhere or at any time, any body of people or any social group—any sect, any faction, any monastic order, or any lay community—which identified itself as “Hinayana.” The Hinayana never existed, anywhere or at any time, as an establishment or organization, as a social movement, as a self-conscious historical agent. Nor was Hinayana a stage or period in the development of Buddhism. What, then, was the referent of the term? What was its societal reality? Its referent was a body of ideas, not a social body. The Hinayanist was defined by Mahayanist polemics; he was a dogmatic construction, not a social identity. He was a straw man, a will-o’-the-wisp … Buddhism is a complex entity which has evolved over a vast area for more than two thousand years. To force its development—whether social or historical, whether philosophical or ritual or art-historical—into an artificial and binary Hinayana/Mahayana model is a fundamental distortion.

Once the term “Hinayana” turns out to be merely a dogmatic construct stemming from polemical discourse, the question arises: why has it been so widely used in the West by practitioners and scholars alike?

The widespread usage of the term “Hinayana” in Western publications appears to date back to the World’s Parliament of Religions held in 1893 in Chicago, which had a decisive impact on the reception of Buddhism in the West. The Japanese delegation at this event promoted the term “Hinayana” as part of their attempt to establish the authenticity of Mahayana Buddhism. From their viewpoint, Theravada Buddhism was a form of Hinayana. Their presentation and the terminological usage established in this way had a lasting impact, in particular through the prolific writer D.T. Suzuki, a disciple of the Rinzai representative at the World’s Parliament of Religions.

As in the case of the eighteen schools, in this case, too, the use of the term “Hinayana” emerges in a polemical setting. Another similarity is that, once again, it has no basis in reality. The aspiration to become a Buddha in the future is a well-known and accepted vocation in the Theravada countries of Myanmar, Sri Lanka, and Thailand, attested to in inscriptions and texts as well as being actively practiced by some of its present-day eminent members. Since some Theravadins practice the bodhisattva path, it is not proper to refer to the Theravada traditions unilaterally as Hinayana. The main difference compared to Mahayana traditions is not that in the Theravada traditions the bodhisattva path is not practiced at all, but only that it is not considered the sole viable form of practice.

As would have become evident from the material surveyed earlier in this chapter, the aspiration to become a buddha oneself is the product of a gradual evolution, based on the separate emergence of various relevant ideas and notions in the course of oral transmission of the texts. For this reason, applying the term “Hinayana” to early Buddhism is an anachronism, since the generalized aspiration to become a buddha in the future was not yet known in the early Buddhist period. The distinction between Hinayana and Mahayana presupposes the existence of the bodhisattva path as an ideal to be emulated, which one may either reject or else adopt. For such a decision to be possible and form the basis for a meaningful distinction, the bodhisattva ideal first of all has to come into existence.

In sum, to use the derogatory term “Hinayana” for a Buddhist school or institution is simply fiction.

Bhikkhu Analayo is a German monk and scholar, ordained in 1995 in Sri Lanka. His books include Satipatthana: The Direct Path to Realization and Mindfully Facing Climate Change .