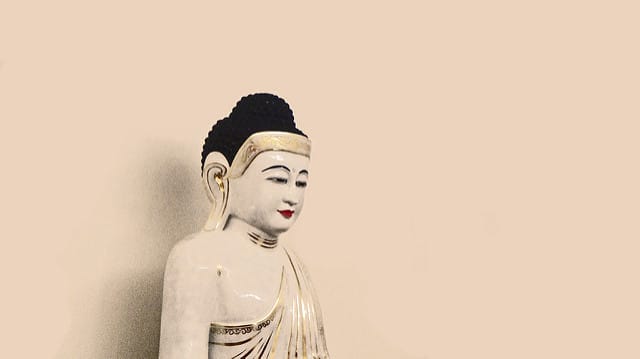 When used correctly, silent illumination goes consistently and continuously in the same direction, and effectively lessens and reduces other scattered thoughts. Over time, your mind becomes quieter and clearer.

On the other hand, when used correctly, silent illumination goes consistently and continuously in the same direction, and effectively lessens and reduces other scattered thoughts. Over time, your mind becomes quieter and clearer. This is certainly not enlightenment, but at least one does not suffer as much from mental burdens, and there is stillness and clarity. The stillness is silence and the clarity is illumination. Yes, this method is still a wandering thought but it is a wandering thought that unifies instead of scatters our mind.

We all want to make progress in our practice. For example, when you set out to journey to a faraway place on foot, every day, you know you are getting closer to your destination. When it comes to practice, it is not always clear from day to day whether you are making progress. Then there is the question of obstacles. Is it possible to make progress in your practice without encountering obstacles? When you climb a stairway, each step up is like an obstacle. You just take the steps one at a time. When you come to a landing, you can look back down and see the progress you have made. Eventually you reach the top. In a similar way, some people may think that every time they go on another retreat, they are attaining a higher level in their practice. Some may even see each day of retreat as progress over the previous day. Then you get to the level of thinking every sitting is progress over the previous one. But making progress in practice is not like climbing stairs.

Is it possible to make progress in your practice without encountering obstacles? When you climb a stairway, each step up is like an obstacle. You just take the steps one at a time.

We practice to lessen vexation and gradually illuminate the mind. But the road to that end, where the environment no longer gives rise to vexation, is marked with obstacles. When you scale a mountain, there is rarely a straight path to the top. More likely, you will encounter twists and turns, rises and dips, objects to get around and over. As you overcome these obstacles, you may get closer, but it is not a straight walk to the summit. As practitioners, we have an ordinary being’s body and mind. We can tire mentally and physically. When this happens, it is very difficult to make progress even if you want to keep going forward, making breakthrough after breakthrough.

Therefore, if you are constantly motivated to accumulate positive experiences, the opposite—negative experiences—is likely to happen. Under these conditions, one is likely to feel frustration. This leads to negative feelings and thoughts like, “This is not for me. I’m not the kind of person who can practice well.” When you try to move forward you meet an obstacle, or find yourself going in circles, or even going backwards. There comes a temptation to give up and leave practice to others.

We need to remind ourselves that the purpose of practice is gradually to leave behind self-clinging and to illuminate one’s mind.

We need to remind ourselves that the purpose of practice is gradually to leave behind self-clinging and to illuminate one’s mind. Its aim is to slow down and eventually end our struggles to satisfy our cravings and to find complete security. Craving happiness, we make sacrifices to attain it, and this sacrificing causes suffering. The quest for happiness causes our suffering, and to escape suffering we seek happiness. This cycle of happiness and suffering constitutes the ego-centered self.

As for security, we build a wall around ourselves to protect our possessions and our happiness. Over time, this wall gets thicker and thicker, and we lose touch with the self inside the wall, as well as the world outside the wall. This is egocentric. The purpose of practice is to gradually eliminate self-craving and self-protection, so that the ego, the protective wall, slowly fades away until it is eliminated.

It is not that the self disappears, but that it has been transformed.

The thought of having no self may seem frightening and dangerous, but in fact when you begin practicing you need the self that is already there. Otherwise, you are either in a vegetative state or you just don’t know who you are. In the latter case, you would be a fool. So you start practicing by relying on the vexed self. With practice, the vexed self will become a self of compassion and wisdom. It is not that the self disappears, but that it has been transformed.

One practitioner told me that as a result of practice he felt that his self was beginning to disappear, and that scared him. “Everything else can disappear, but I don’t want my self to disappear! If I disappear I won’t have a girlfriend anymore. I don’t think I want to practice anymore.” I told him that as he practiced, his mind of vexation would transform into a mind of wisdom and compassion. When that happened, he would be more capable of bringing love to others, to his family and friends. Not a possessive love, but rather a love that comes with offering yourself to others out of compassion. As one loves others in this compassionate, selfless way, what one gets back will make one’s life more fulfilling and happier.

So looking at it this way, how do you measure progress in practice? You cannot quantify progress. It’s not like getting paid for work by the day, and every day you work, you put the money in the bank and watch your account go up and up. Progress cannot be accumulated and quantified like this. As you practice, concern about your progress is just another wandering thought, like any other wandering thought. As ever, when you become aware of wandering thoughts, just return your focus to the method and they will leave of their own accord. As you eliminate wandering thoughts, you are at the same time letting go of attachment and vexation. As I said, the method itself is a wandering thought, but one that goes in the same direction and is orderly and consistent. So it is different from the scattered thoughts that bring us suffering and vexation.

Using the method, some may sit well in one period and not be bothered by wandering thoughts. It will be a pleasant experience, and right away they will feel better. After this they will say, “Hmmm, I really like this; I’d like to have one more pleasant sitting.” So during the next period he or she is waiting for the pleasant experience to return. In fact, the next sitting may not be as good, or may be much worse. This person became attached to the positive experience and, as you remember, attachment is a wandering thought. As a result of anticipation, this person was not focused on the method of practice. When you attach to pleasant experiences, you are setting yourself up for disappointment.

Yes, it is really exhausting, but you keep climbing the glass mountain until the mind that has been climbing eventually disappears.

Think of practice as climbing a glass mountain, very slippery and very steep. To make things worse, before climbing that glass mountain, you cover yourself with body lotion, so you are very slippery as well. Now as you try to climb the glass mountain, you go a couple of steps and slip backward. Nevertheless, every time you slip you try again. This is the attitude you should have towards practice. Every time you go forward, you may fall backward, yet you must keep climbing onto the road of practice. Yes, it is really exhausting, but you keep climbing the glass mountain until the mind that has been climbing eventually disappears. When you no longer cling to the thought of climbing the mountain, your mission has been accomplished. Have you reached the summit? No, but that is not important, because the mission has been accomplished. You may think, “If that is the case, I won’t even make the effort to climb the mountain at all, since it’s so much work.” But that is not a correct view, because before trying to climb the glass mountain you have this self-centered ego. Only through the process of climbing can you gradually eliminate self-centered ego.

Of course, climbing the glass mountain is just an analogy. In actual Ch’an practice, there are two approaches we use to dissolve the self-center. The first is the sudden approach, which is an intense, explosive approach where one keeps pounding at the self-center until it breaks apart. This approach uses a huatou (Japanese, koan), such as continuously asking yourself, “What is my original face?” The purpose of huatou practice is to give rise to a sense of doubt which grows bigger and bigger until, when it finally explodes, one realizes sudden enlightenment.

The second method is silent illumination, which slowly calms the mind until it is completely settled. This is a gradual method where one allows wandering thoughts and vexations to slowly dissipate. You can liken this method to a pool of very muddy water. If there is no wind or activity to disturb the pool, the mud will gradually settle to the bottom, allowing the water to become clear. Like the clearing of the pond, silent illumination seeks stillness and clarity. One keeps letting the mind-dust settle until all of it has reached the bottom. Ultimately, there is no mud, no water, and no bottom. This will be when one realizes enlightenment.

In silent illumination you start with being aware that you are sitting. As you focus on being aware of yourself sitting, and the body sensation itself disappears, you should still maintain the thought that you are sitting. While you maintain this thought, be clearly aware of the environment around you. Be aware that the environment is also sitting with you. After that, you even put down the thought of “I am sitting” so that there is no “I” who is sitting. There is just a clarity that you maintain, but the “I” is not there.

If there comes a moment when you ask, Where am I? Is my “self” still there?, you have left your method and are involved with wandering thoughts. Just go back to the method, being acutely aware of yourself sitting.

Master Sheng-yen presented this introduction to the practice of silent illumination at the start of a ten-day intensive retreat at the Dharma Drum Retreat Center in Pine Bush, New York.

Master Sheng-yen (December 4, 1930 – February 3, 2009) was a Chinese Buddhist monk, teacher of Chan Buddhism, and the founder of Dharma Drum Mountain.