57-year-old Sutham Nateetong plans to complete his 3,000-mile journey by the end of June. 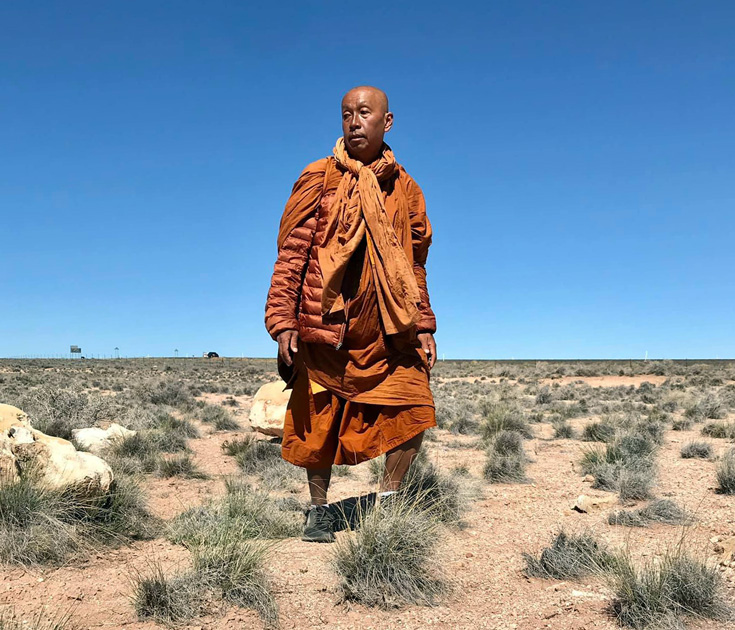 Buddhist monk Sutham Nateetong is walking across the United States to promote peace. Nateetong, 57, began his 3,000-mile journey on the first of March in Santa Monica, California. By Wednesday of this week, he was in Oklahoma. He is walking along the historic Route 66 to Chicago, then continuing on to New York. Nateetong plans to finish his journey by late June.

“I walk for peace,” he told the Claremore Daily Progress. “Our world has many wars, bombs, and killing. I want our world to be peaceful and everyone to be happy.” 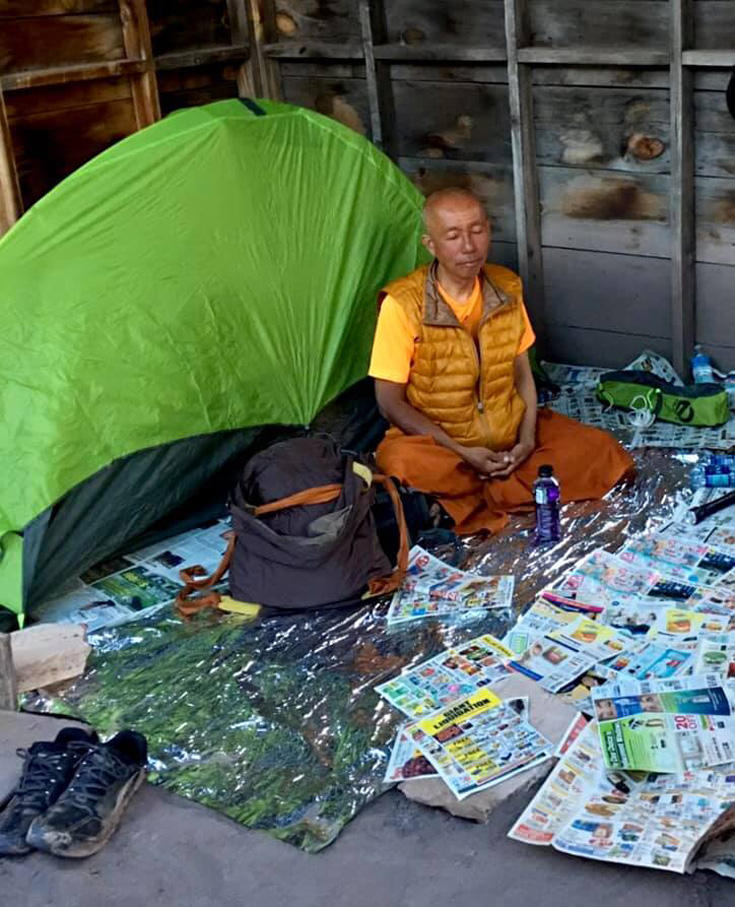 Nateetong’s assistant, who drives alongside him for safety, posts regular updates from their journey on the monk’s Facebook page, where more than 7,000 people are following the journey. Many people have stopped to meet the monk along the way, pay for a meal, or take photos — including local police. At night, Nattetong sleeps in motel rooms, some of which have been gifted to him, or a tent he carries in his backpack.

A Buddhist monk, who is walking across America to promote peace, made several stops in Oklahoma on Wednesday. https://t.co/nL3BbPDAsZ pic.twitter.com/x8uT9182a5