This oriole, this friend, this daughter, this fox—Michael Sowder on all the poems that are just waiting for us to write them down. 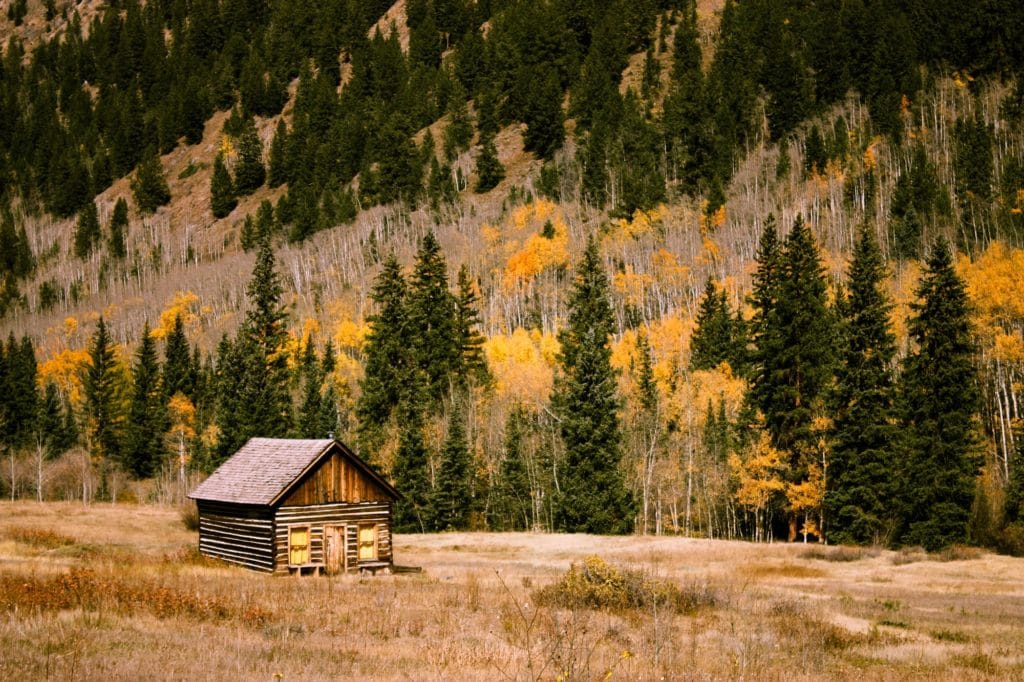 My first English professor was a Thoreau scholar, a poet, and an awakened human being named Theodore Haddin. With wild black hair, a black beard, and an equally black coat, he would read us poems and then take up his violin to play Bach’s “Chaconne in D.” He’d tell us that when he heard Heifetz play the chaconne, it felt like someone running a violin bow right through his soul.

To my idealistic eighteen-year-old eyes and ears, he seemed like a magician, like an enlightened gypsy, or the green violinist on a roof in a painting by Chagall. In his classroom, I found my home. Though I didn’t fully realize it at the time, what Dr. Haddin was teaching me was that poetry is a path to spirituality, to being awake to the magic of the present moment. Now, thirty-five years later, he remains one of my dearest friends and, following his example, I’ve devoted my own life to teaching poetry and the practice of mindfulness. Poetry and Buddhism, I’d come to know, share a long history. But at eighteen, I was just beginning to discover how the heart of the dharma often finds its fullest expression in verse.

One morning during my first semester of college, I got up the nerve to knock on Dr. Haddin’s office door. I went in and told him I was struggling with an essay in our class reader—the “Conclusion” to Henry David Thoreau’s Walden. The writing was difficult, I said. Was it worth the trouble? In class that day, Dr. Haddin talked about Walden and at one point said, “Why, I’ve read Walden like it was the only book in the world!” I resolved then that I’d read the book, however difficult.

I look back at his comment today as the beginning of my spiritual life. Thoreau became my first guru. I sat at a table on the third floor of the library poring over Walden, while the yellow leaves of Lombardy poplars, lit by streetlights, brushed the windows beside me. I read, “I see young men, my townsmen, whose misfortune it is to have inherited farms, houses, barns, cattle, and farming tools; for these are more easily acquired than got rid of.” I soon discovered that Thoreau’s revolutionary ideas had sprung from his reading of the sacred books and scriptures of the world, especially those of Asia, most of which are written in poetry: the Dhammapada, the Heart Sutra, the Dao De Ching, the Bhagavad Gita.

Thoreau saw all inspired writing to be a kind of poetry, not limited to verse. He believed poetry to be the highest human calling and considered Walden to be essentially poetry. His teaching can perhaps be summed up in one sentence: “Seek the riches within”—a very Taoist, very Hindu, very Buddhist-sounding notion. It was, in fact, Thoreau—and his mentor, Emerson— who in the early nineteenth century introduced the teachings of Asia to America.

I took another course from Dr. Haddin, entitled American Transcendentalism and Asian Philosophy. All the writers we studied spoke of meditation. But how did one actually learn to do it? You couldn’t walk into a bookstore in Birmingham, Alabama, and find “how-to” books. Then one day I saw a poster for a meditation class and showed up to sit in a circle on the floor with other young seekers. The teacher, Niila Keshava, was a tall wiry twenty-something with a bald head and big brown beard. When he greeted me, he looked into my eyes with a beautiful benevolent gaze, his blue eyes full of light. He was teaching meditation in a tantric tradition and I dove in. After several years I became a meditation teacher myself, and eventually a poet and professor.

Now, at the beginning of every semester, as cottonwoods wave their yellow prayer flags or wait with buds encased in snow, I tell my aspiring poets that the thing I most want them to get out of my class isn’t how to create a powerful poetic voice, or how to use metaphors and rhyme, or how to get published and become famous. I tell them that the most important thing I hope they’ll take away from my class is how to pay attention to their lives.

I tell them that the nineteenth-century English poet Percy Bysshe Shelley said poetry’s purpose is “to remove the scales of familiarity from our eyes.” Shelley saw how we become habituated to people, landscapes, and things. He observed how we walk around lost in our thinking minds, on automatic pilot, and no longer experience what’s around us—the shadows of ash-tree leaves on my desk, a crow cawing in the distance, the voices of children rising from the street. Emerson knew this, too. He said, “To the attentive eye, each moment of the year has its own beauty, and in the same field, it beholds, every hour, a picture which was never seen before, and which shall never be seen again.” I want my students to see that poems are all around them, that we find our originality in the uniqueness of the present moment.

Early in each semester, I share a story out of Stephen Levine’s book, Healing into Life and Death. Levine, a longtime Buddhist teacher and hospice worker, says meditation can reawaken old wounds in patients and often initiates deep grieving, but that the breakup of frozen emotions facilitates healing and often triggers a global awakening of perception. One woman, a victim of childhood sexual abuse, practiced meditation for twenty minutes, twice a day, and found it unbearably difficult. But after about two and a half months, she said, “A miracle happened. I walked into the kitchen, sat down at the table, and looked up and saw the wall. I just saw the wall! I was just here in my body, in the world, in my heart. I saw the wall as if for the first time. I was just here. It was the most wonderful experience of my life!”

There was nothing extraordinary about the wall the woman looked at. What was extraordinary was the depth of her perception, the level of awareness she brought to the moment. The practice of being a poet, an artist, or a Buddhist is this practice of waking up to what’s around us, to the miracle of what’s happening. Such moments of perception can lead to powerful writing, original and alive.

From paying attention we also receive the details necessary to bring writing to life. I tell my students that in the classroom where we’re sitting, in the expressions on their faces, in their hairstyles, the colors and patterns of their clothes, in their laughter and the knocking sound in the radiator, we find a constellation of images that has never come together before and will never come together again. No one has written about this moment before.

A mindful poet opens to the life of things. Basho said, “you can learn about the pine only from the pine, or about bamboo only from the bamboo… The object and yourself must become one, and from that feeling of oneness issues your poetry.” In such moments, seeing becomes something more than ordinary. We feel things with our eyes, participating in what Martin Buber calls an “I-Thou” relationship. When we practice mindfulness, the things of the world are no longer inert objects but presences in whose life we participate.

Giving the world our attention is simple, but it’s not easy. It’s hard to sit on a boulder alone in the desert without pulling out a snack, a drink, a book. It’s hard to sit at home quietly without calling a friend, turning on the TV, or getting on Facebook. We become uncomfortable, start to itch, fidget. Memories rise up; we might come face to face with our suffering. In a poem called “Black Oak,” Mary Oliver stands in a forest looking up at an oak as it starts to drizzle. She wants to stay and look but feels the urge to move: Listen, says ambition, nervously shifting her weight from / one boot to another—why don’t you get going? But if we can sit through the itch—the boredom, the anxiety, the suffering—we will see how thoughts and feelings pass through us. Our true human condition is one of flow.

And then there’s death. Poets and writers, like Buddhists, are sensitively aware of the impermanence of things. David Bottoms, a poet I studied with, said wryly that all poems are about two things—life and death—but that they’re all really about one thing, and that’s death. This may sound morose, but he’s getting at how the transience of things is responsible for their irreplaceable pricelessness. “Death,” Wallace Stevens tells us, “is the mother of beauty.” As poets, artists, Buddhists, we are called to bear witness to the life around us—to this oriole, this friend, this daughter, this fox, this fawn.

When we pay attention to the world long enough, wakefully, lovingly enough, we realize that everything in the world is sacred, that this whole world is a poem, or a million poems, just waiting for us to write them down.

Michael Sowder’s The Empty Boat, which won the 2004 T.S. Eliot Prize, features Buddhist- and Daoist-inspired poems. His forthcoming collection, House Under the Moon, combines poems of fatherhood with poems inspired by the bhakti tradition of Mirabai and Kabir. Sowder is a member of the Cache Valley Sangha in Logan, Utah.