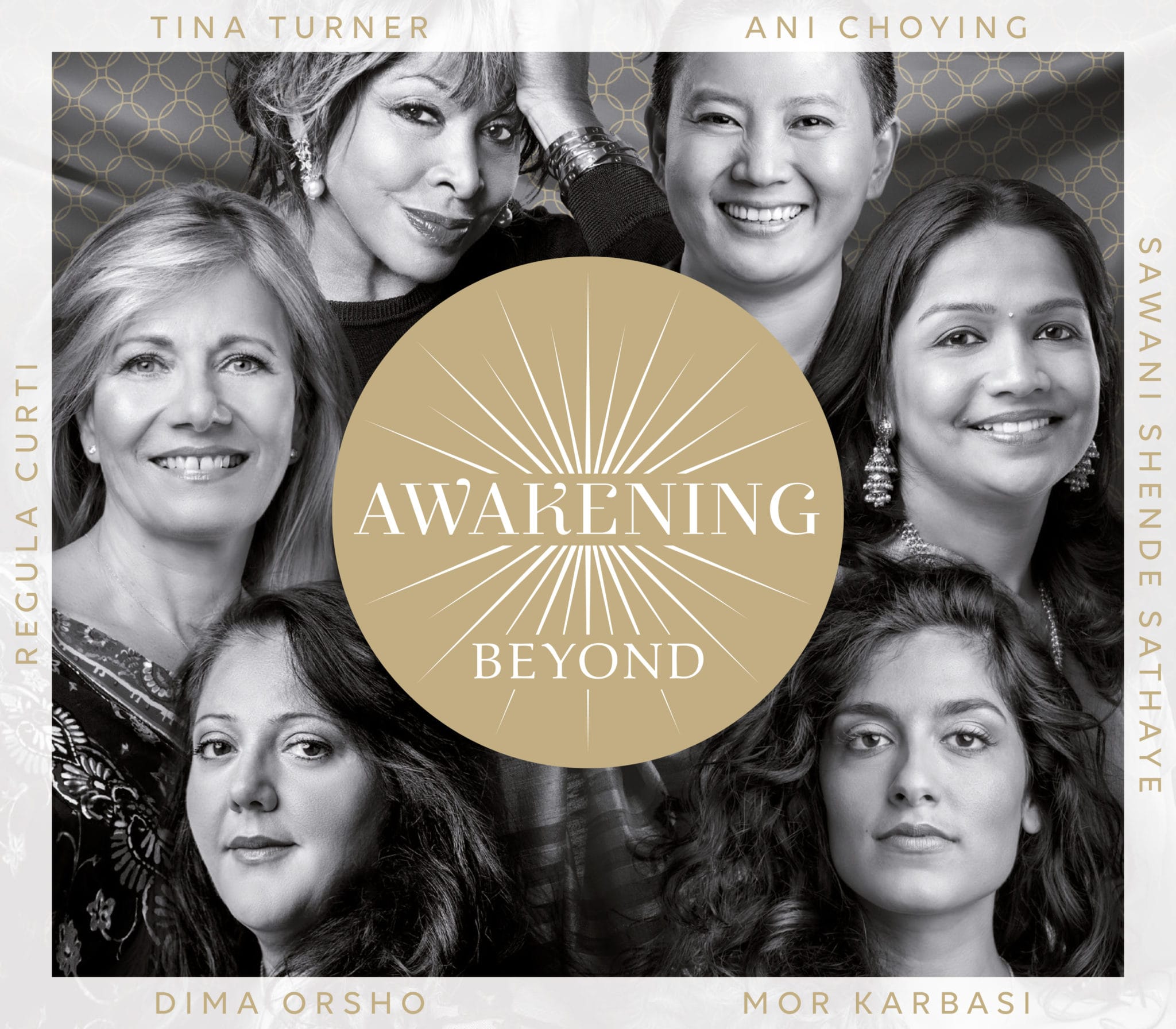 Rock icon and Buddhist Tina Turner is featured alongside Nepal’s “rockstar Buddhist nun,” Ani Choying Drolma, and a diverse mix of female voices, on the new collaborative album, Awakening Beyond.

The album is the fourth the Beyond Foundation has created and features the six female voices from six different backgrounds — co-founder of the Beyond Foundation, Regula Curti from Switzerland, as well as musicians Dima Orsho from Syria and the USA, Sawani Shende Sathaye from India, and Mor Karbasi from Israel. The project uses music and recitation as a means to spark transformation.

The collection of songs, poems, and prayers that are sung on Awakening Beyond are supported by a score composed by Syrian-American composer Kareem Roustom. Each track is meant to inspire a greater spiritual connection, entwining multiple voices and languages into an “expansive meditation.”

“The world is ready for this,” says Turner of the project. “The world is feeling this depression. The first thing we think of is prayer, something beyond presidents and preachers.”