Zen teacher Sean Murphy looks back at the jazz icon and how meditation practice and a deep interest in Eastern traditions informed his monumental late-period work. 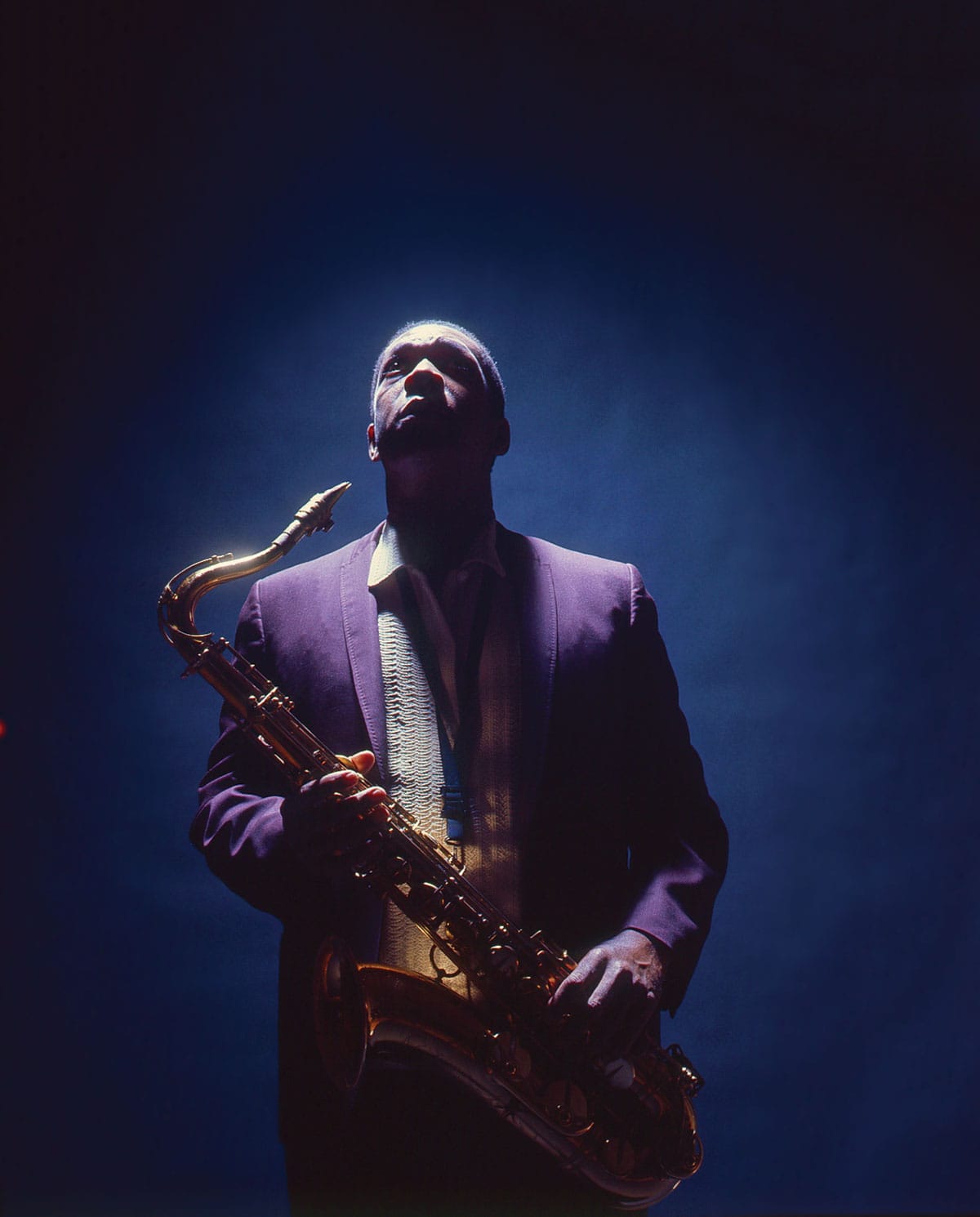 One predawn morning in 1964, the already-legendary saxophonist John Coltrane was sitting in meditation in his Long Island home when the structure and themes of his masterpiece, the album A Love Supreme, came to him in its entirety. “It was the first time I had it all,” he said, as reported by his wife, pianist and harpist Alice Coltrane, with whom he shared a practice of meditation and a deep interest in all things spiritual.

This was not the first time that Coltrane, who came to consider his musical improvisation a form of meditation in itself, experienced what he thought of as divine grace. He’d sweated out addiction — his first, failed path to transcendence — in 1957 after what he described as a “life-changing spiritual experience” that helped him overcome heroin and alcohol and set him on a search for other means of transcendence, through meditation, prayer, and music. His search would also profoundly influence the jazz world, and the cultural landscape of western society itself.

“There are always new sounds to imagine: new feelings to get at. And always, there is a need to keep purifying these feelings and sounds so that we can really see what we’ve discovered in its pure state.” —John Coltrane

Fifty years after his death in 1967, Coltrane remains a cultural and spiritual icon, exerting an influence over jazz that is impossible to escape — so much so that it has given rise to a strange phenomenon, surely one of a kind: the Saint John Coltrane Church. Based in San Francisco, the SJCC is an actual community of worship that continues to this day, using A Love Supreme, Coltrane’s signature work, as scripture and hymnal.

Before Coltrane, jazz had largely been regarded as a sensual, even risqué form of expression, linked as much to libation as to liberation. But jazz and spirituality have always been linked.

Jazz is an improvisational art form — it requires the moment. Total immersion in it, that is. I have long been struck by the unusual purity of the best of this music, despite the fact that it was so often developed under the most impure of conditions: smoky clubs, alcohol, drugs, and the inescapable burden of racial prejudice. How could this be possible? As a Zen practitioner/teacher and musician myself, I feel the answer lies in a brand of what we in Zen call working samadhi – an immersion in moment-to-moment activity so complete that it becomes essentially a meditative state. Improvisational music, at least at the level of complexity exhibited by jazz, requires a putting aside of the ego — if you start thinking of good or bad, try to impress, become distracted by the flubbed note of the last moment, try to anticipate the next moment, or give yourself over to anything else but what’s happening now, you’re lost. To play truly great improvisational music, you have to lose yourself.

The best musicians, like Coltrane, are able to summon an immersion in the moment that can transcend even the worst environments, personal problems, or state of health. Of course, this doesn’t mean that certain players don’t inflate themselves after the fact, building themselves up and taking credit for what in essence, had passed through them — via, perhaps, the greater power to which Coltrane often alluded. But Coltrane was not one of these.

Coltrane’s challenging later albums were intended to be 100% spiritual testament, the communication of an ongoing, endless spiritual quest into the great mystery.

You could say the truest and deepest improvisation is an act of faith, because the player never knows what is going to happen. This is something Coltrane knew, especially in the later years of his work, and expressed consciously through both words and music. Well-known for his deep interest in meditation, and the traditions of Hinduism and Buddhism — he made a special effort to visit Zen temples during his 1966 tour of Japan, and quoted from the Platform Sutra of the Sixth Ancestor of Zen in one of his late interviews — his spiritual tastes remained eclectic, ranging from Krishnamurti through the Koran, the Bible, and even Edgar Cayce, and he retained a largely theistic view of the absolute. A Love Supreme is clearly presented as an offering to God as supreme being.

The spiritual substance of that album in no way compromised its appeal — it remains the second best-selling jazz album of all time, after Miles Davis’s Kind of Blue, on which Coltrane also appears. Still, experiencing the supreme love depicted in this music – not to mention in the far more difficult music in Coltrane albums still to come like Meditations, Ascension, and Om — can at times be a challenge for listeners. A Love Supreme merely pushes the boundaries that the later Coltrane would dispense with as he delved ever further into free jazz, sometimes devolving to apparently random, non-harmonic honks and squeals that explored the far edges of musicality, his instrument, and at times the patience of his listeners.

But isn’t that the way the spiritual life is? The embrace of life in its fullest involves pain as well as beauty — that’s basic Buddhism. And thus it is in Coltrane’s challenging later albums, which can be described variously as going far beyond simply meditating upon to pleading, exhorting, crying out to the heavens – or as some have suggested, speaking to God in a language only He could understand. These works were intended by Coltrane as 100% spiritual testament, the communication of an ongoing, endless spiritual quest into the great mystery, rather than any kind of peaceful and harmonious arrival at answers. It’s an approach quite similar to the ongoing, ever-deepening questioning of Zen koan practice.

This is perhaps something Coltrane himself well understood, as suggested by his reference to the Platform Sutra in this description of his evolution: “There is never any end. There are always new sounds to imagine: new feelings to get at. And always, there is a need to keep purifying these feelings and sounds so that we can really see what we’ve discovered in its pure state. So that we can see more clearly what we are. In that way, we can give to those who listen, the essence—the best of what we are. But to do that at each stage, we have to keep on cleaning the mirror.”

The divine force — God, as Coltrane defined it — breathes through us all, said Coltrane, and the last years of his life can be seen as an attempt — sometimes a struggle — to breathe God through his horn.

“Once you become aware of this force for unity in life,” wrote Coltrane in the liner notes for 1965’s Meditations, his acknowledged follow-up to A Love Supreme. “You can’t forget it. It becomes part of everything you do… my goal in meditating on this through music however remains… to uplift people as much as I can. To inspire them to realize more and more their capacities for living meaningful lives.”

“I believe in all religions,” Coltrane said. “The truth itself doesn’t have any name on it to me, and each man has to find it for himself.

Sean Murphy is the author of One Bird, One Stone: 108 Contemporary Zen Stories and three novels, most recently The Time of New Weather. A Dharma Holder in the White Plum Zen lineage, he directs an innovative Meditation Leader Training through his Sage Institute. Find him at MurphyZen.com