Meditation, writes David Guy, is the practice of trusting life. When we practice this trust, we can more easily accept the inevitability of death. 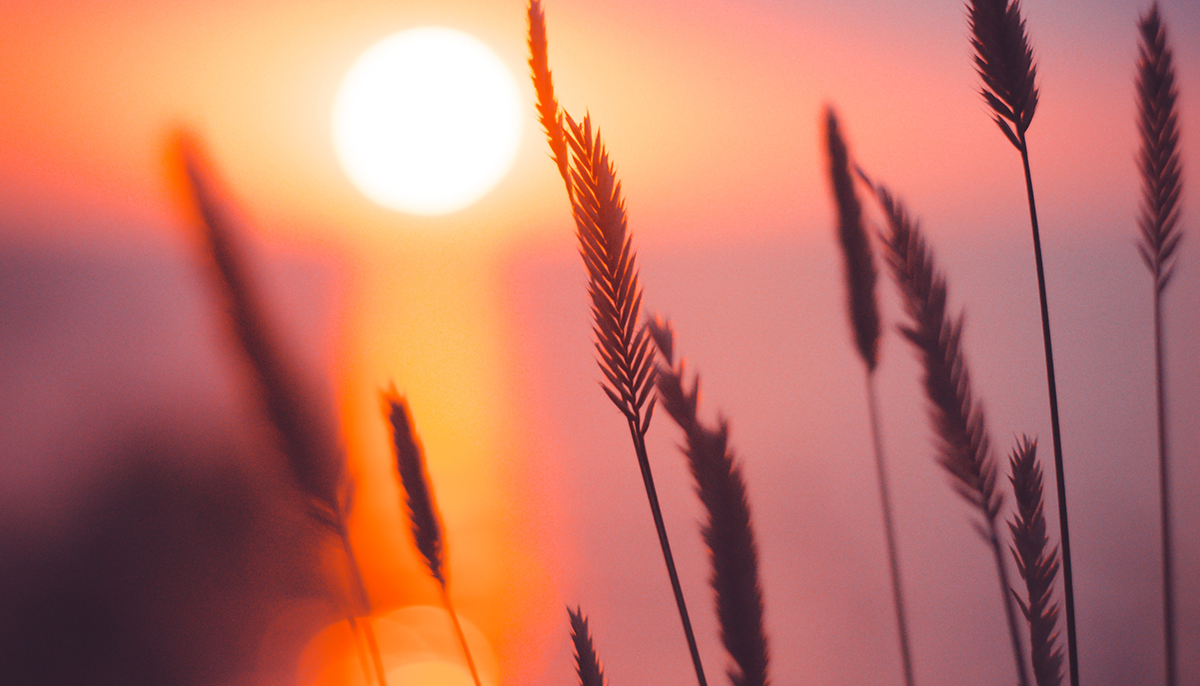 Photo by Ann Savchenko on Unsplash.

Last week, while I was eating lunch with a friend, he brought up a subject many of us are talking about these days: we’re nearing the end of our lives and wondering what’s next. His brother-in-law had just lost his wife to pancreatic cancer; she died just weeks after her diagnosis.

“We’re living with people we love and we don’t know how much longer that will be true,” my friend said.

He’s right, of course. It was sad to hear how his brother-in-law was suddenly bereft. Although I suppose death always seems sudden when it actually happens. But it’s hard to remember our mortality day by day, moment by moment.

“Do you think that religious believers, people who believe in the afterlife, have an easier time at the end of their lives than others?” he asked.

I stopped to consider this question. He seemed to think it was unquestionably true.

“You can completely disagree with me if you want,” he said.

“I don’t know, to tell the truth,” I said. “I think there are believers who have a hard time at the end. And non-believers who do okay.”

What I really think is that none of us knows how we will do.

My primary spiritual mentor, Buddhist teacher Larry Rosenberg, has taught that we need to face our fear of death in a raw and unadulterated way. His whole teaching was about facing fear.

“If we all theoretically have the same amount of fear,” Larry said, “but one person’s fear is muffled by some religious belief, that’s actually a bad thing. The only way to move beyond fear is really to face it. But you need to face all of it. In that way it’s better to have no faith at all.”

The Gospels suggest that even Jesus, in the garden when he saw what was happening, and even (in one Gospel) on the cross, faced real despair at the end of his life. He wasn’t shielded by his special relationship to God. He had the full human experience.

A couple of days after the conversation with my friend, I asked my wife what she thought. She spent a summer working in an AIDS hospice when she was in Divinity School, and saw any number of people die. Some had peaceful deaths. Some deaths were terrifying. But she didn’t think they divided up according to religious belief.

For some people trust comes naturally. Others need to practice it.

“It didn’t seem to matter if they believed in God or not. What was important was something beyond that.” She’d spent a fair amount of time talking to one of her mentors about this question, and the woman agreed with her. “The thing that was important — what some people seemed to have and others didn’t — is what I call trust in life. Some people were able to relax and settle into what they were going through, others weren’t. They fought and resisted.”

I’m reminded of a question I once asked my brother. I was rereading the Gospels, many years into my Buddhist practice, and I asked him how he translated the famous verse that evangelicals always quote, “For God so loved the world, that he gave his only begotten Son, that whosoever believeth in him should not perish, but have everlasting life.” My brother is a lifelong Christian, also a scholar of Greek (and Hebrew). He teaches a Sunday school class where he translates from the original language.

“I don’t translate that word as believe,” he said. “It’s not a matter of assenting to some set of propositions. The word means something more like trust. Trust in me, in this way of life I’m showing you.”

I think I lost that trust when my father died, or perhaps even earlier, six months before, when I found out he had leukemia. I was sixteen years old. In the interim I knew my father had a fatal illness, but kept thinking about ways he could beat it: he might have been diagnosed incorrectly; someone might find a cure; he might be the one person in the history of the disease not to die of it. I imagined all kinds of possibilities. They went up in smoke when he died.

I knew intellectually that anyone could die anytime, that there were no guarantees. But there was a natural order of things, a man was supposed to grow old and die, and when my father didn’t have a chance to grow old, I lost my faith in things. I lost trust.

It was like banging my head against a wall.

There was one moment that I think of as the low point of my futility. The church I attended was large, and in order to give people a chance to relate it created small study groups where people could get to know each other. My first wife and I joined one, and there we were, in our early twenties, hanging out with a bunch of older people in the stuffy apartment of a fiftyish woman, some kind of Christian educator. She had a Masters degree and led the discussion. At one point, speaking of some missionaries, she said, “I don’t know how they do what they do. Actually, I do know. They have a very strong prayer life.”

“A strong prayer life”, I thought. “What the hell is that? Where do you get one of those?”

I spent a period of years when I had no religious or spiritual life at all (except my life as a writer, which I knew to be spiritual in some way, but that aspect of it was elusive, hard to put my finger on), then met a woman for whom religious life was as natural as waking up in the morning. It wasn’t that she believed some particular thing. She had that quality of trust, even in the face of adversity. She trusted in life. That was probably, at some deep level, what attracted me to her. She had something I needed.

She wanted us to have a spiritual practice in common, and she could sense my anger at Christianity. It wasn’t that there was anything wrong with the religion, in my opinion; there was something wrong with me. I was somehow unacceptable, or unaccepting, so we went to a meditation center in Cambridge, where she was in graduate school.

There, Larry Rosenberg taught me to sit in a certain way, give up my intellectual endeavors, settle into my body, and accept what I found there and what I was. He taught me to accept life. To trust life. He was also teaching me what prayer was. He was giving me a strong prayer life.

I wouldn’t hesitate, in fact, to call meditation the practice of trust in life. For some people such trust comes naturally. Others need to practice it.

I didn’t need someone to tell me what prayer is theoretically. I needed someone to say: sit this way. Hold your body this way. Settle into yourself. Feel yourself breathing.

And trust that. Trust life.

That’s how you get ready to die.

David Guy’s sixth novel, Hank Heals, will be published by Monkfish in October. He writes about Buddhism, books, movies, and life at www.davidguy.org