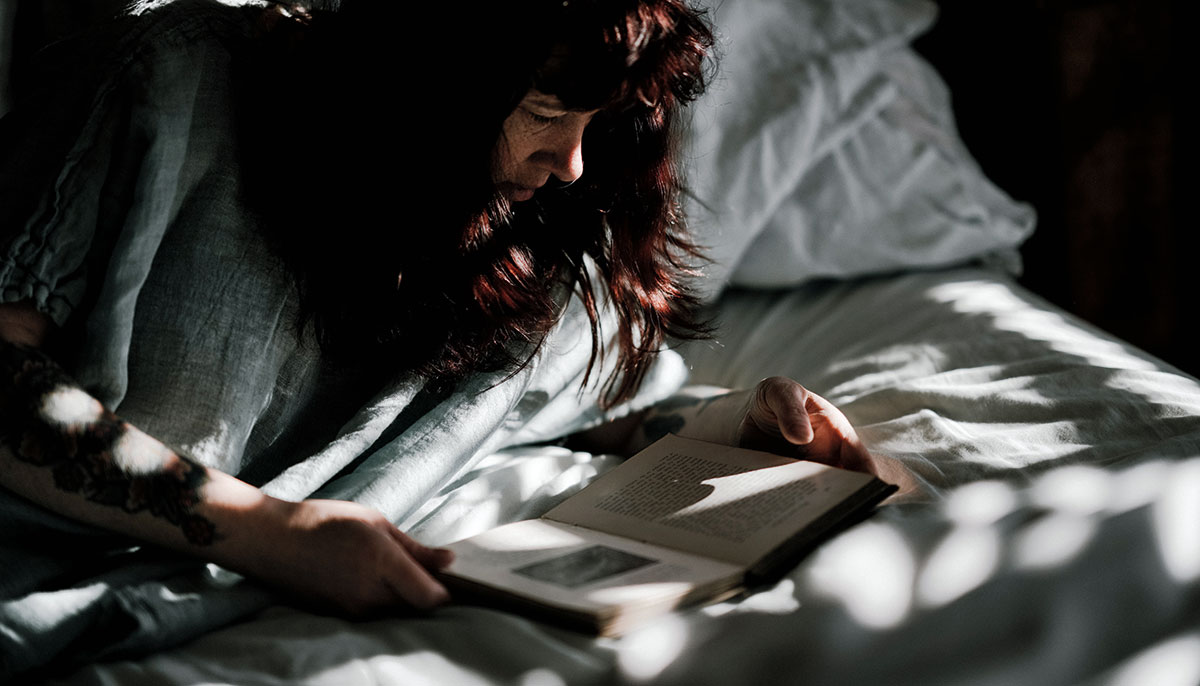 For thirty years now, I’ve been going on retreat several times a year, often for weeks at a time. From my small room in a Benedictine hermitage high up above the California coastline, the sea scintillates all around, a still blue plate impossible to refute. The hills behind me are golden with poppies in the spring, and the monks wave sheaves of gilded Pampas grass on their Palm Sunday processions across the parking lot. All binaries dissolve in the ringing silence, and when I step into the light-filled chapel, I know that the essential, foundational reality of the world is perfection.

Then two days later I’m back on the freeway. Emails from my bosses are pouring in, and the traffic is stuck, and I promised my wife I’d be home by 4 p.m., and my eighty-nine-year-old mother is waiting for her chile relleno dinner.

It’s the story all of us know, every day—about keeping alive the truth, or at least the intimation of truth, we’ve seen at our clearest moments in the midst of the world’s commotion.

My friends send me dharma talks, which nearly always offer the clarity and light I experience in a meditation hall, but not so much on the freeway, as a rule.

Novels put me right in the thick of life, in a deeply human voice, and don’t offer any simple way out.

I open Christian texts that share very similar contemplative truths if they’re coming from Richard Rohr, or Pablo d’Ors, or, of course, the granddaddy of them all, Thomas Merton, and I nod in recognition. Nirvana is samsara, we cloud the world with our thoughts and we create divisions that make no sense to the ocean or the wind. But then a car accelerates towards me, on the “wrong” sense of the road, and suddenly “right and wrong” have quite a lot of meaning once again.

Why, my friends sometimes ask me, do I say that the Buddhist texts I turn to, repeatedly, are Peter Matthiessen’s Snow Leopard, the pages of Proust and, more and more, George Saunders’ novel Lincoln in the Bardo? It’s not just because literature is my drug of choice, and I don’t know my way round any other discipline. It’s not just because all of them are written in a language I understand and with a frame of reference that I know. In Proust’s case, they’re clearly not. And it’s not because they offer resolutions, consolations, or explanations, because all of them are saying at heart that all’s not right with the world, and we can’t expect it to be.

It’s because they put me right in the thick of the quagmire of life, of suffering, old age, and death, in a deeply human voice, and don’t offer any simple way out. They plunge me into the world the Buddha returned to after he left the Bodhi tree. They don’t tell me just to escape my habitual patterns, accept reality as my friend, or exercise compassion. They put me in the places where I can’t easily do any of that.

Peter Matthiessen’s final novel, which came out two days after his death in 2014, is called In Paradise. It took courage—you could even say chutzpah—for a writer of great refinement and privacy, after forty years of Zen study, to give us an autobiographical-seeming novel about a longtime Zen practitioner who’s aflame with rage and lust and impatience. But in his nonfiction classic of year 1978, The Snow Leopard, Matthiessen took us even more deeply into confusion and anger and unassuageable grief, as he described traveling into the Himalayas on a scientific expedition, just after the death from cancer of his young wife, Deborah Love. The book offers any general reader a clear and historically precise explanation of the Buddha’s life and teachings, which surrounded the writer as he climbed into the mountains of Inner Dolpo in Nepal, walking through dusty temples and meeting aged lamas.

But even as he’s laying out his trip in meticulous detail, Matthiessen is also offering us, unflinchingly, his own unexalted thoughts, his non-meditative feelings, his inability to honor everything he aspires to. He introduces us to a dark and maybe demonic member of the party, and suggests that this shadow is the author’s twin, his secret self. He gives us precisely those moments when he’s furthest from the light, the ones most of us would take pains to suppress. It doesn’t matter how much this did or didn’t correspond to the author’s real presence in the world; here was a wholehearted Zen student in a realm where none of the teachings seemed to be working.

George Saunders is extraordinarily modest about his Buddhist practice, and rarely talks about it. But to enter any of his difficult and often zany works is to see that they’re only about one thing, kindness—yet kindness offered in no easy or sentimental way, and in the face of almost insurmountable obstacles.

His novel of 166 voices about Abraham Lincoln grieving over his eleven-year-old son’s death presents us with real life in the raw and shows us how little we can (or perhaps need to) do about it. It swarms with wild voices from beyond the grave and under the earth so that we enter a thangka as thick with bodhisattvas and copulating deities as on any temple wall in remotest Tibet.

Proust probably had no interest at all in the word “Buddhism.” But in his cork-lined room, thinking about his nights with duchesses, and the people he loved, he essentially engaged in a Buddhist-like investigation into mind, its projections, and the self-entangling games it plays. He puts us right inside the tragicomedy of a man who can never accept the lover he’s finally won because she can never be the person he remembered or imagined. And who can never accept her absence, either, because as soon as she’s not there, she becomes again the ideal figure he keeps in his head.

I will always give Suzuki Roshi’s classic Zen Mind, Beginner’s Mind to friends who are down or sick. Dharma talks like that open onto a universe so spacious and beyond our ideas that they remind us of where our truest home is. I’m glad the Sermon on the Mount exists. But when I step into the ICU where my widowed mother is breathing through a tube, for weeks on end, I know that the only thing to do is be quiet and reach out, since both of us are simply victims of real life. In the ICU that’s the semi-permanent home to most of us, implicitly, I find Mattgiessen, Proust, and Saunders to be constant friends and invincible counselors.