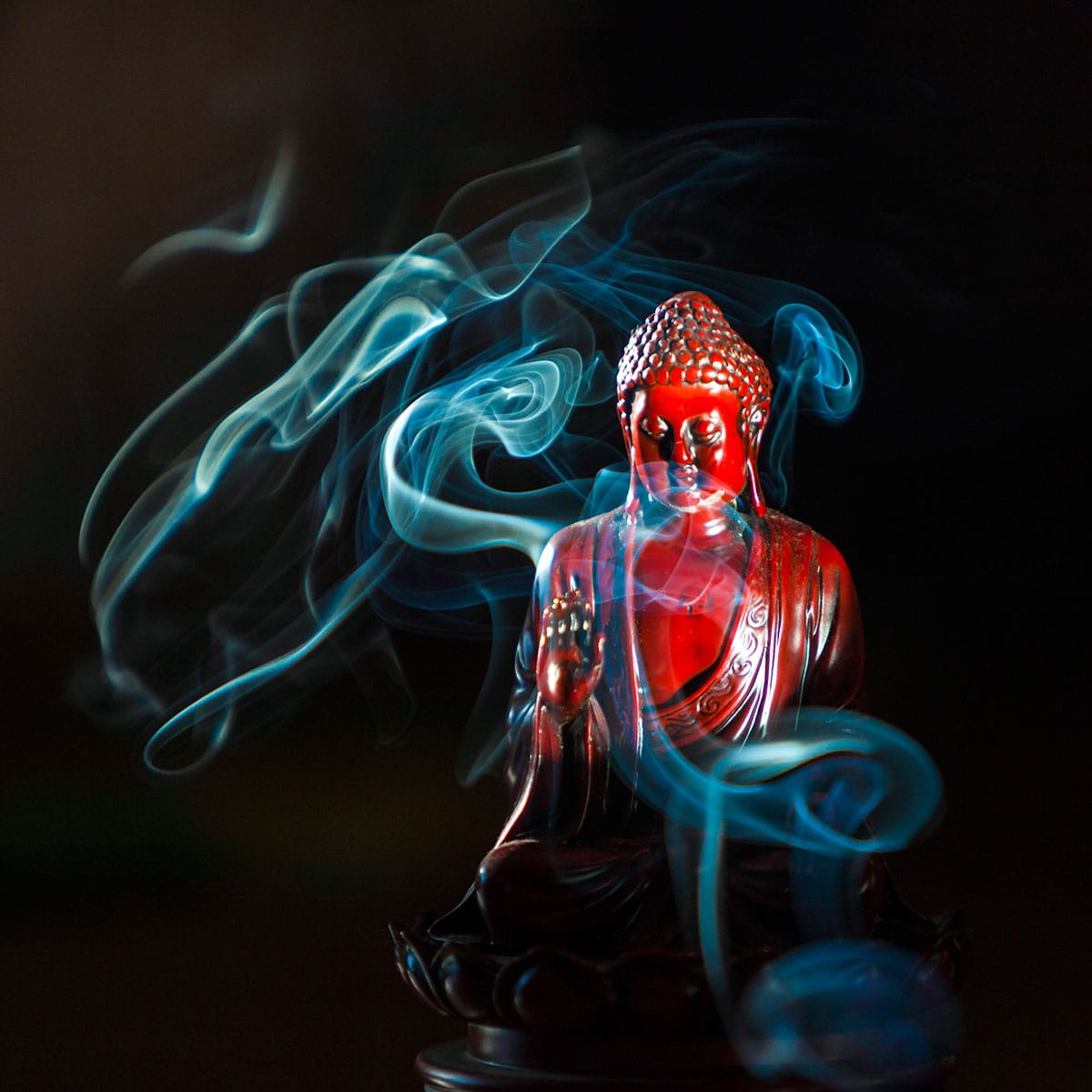 Marijhuana use is finding new acceptance across America. So why, after a long love affair with weed, has this Buddhist kicked it to the curb?

But for me, smoking got out of balance.

Being high can amount to innocent fun, but over time it can cause you to retreat inward. What’s going on “out there” sometimes can’t compete with the big-budget productions taking place in your head.

You may retreat even more if, like me, you’re a bit ashamed of your use. I’m ashamed because I know, and have known for a good while now, that it has caused me to hold back in my dharma practice.

It’s also caused me to be a bit duplicitous, a potent source of shame in itself. When friends have talked about weed, I often haven’t spoken up, out of fear of blowing my cover. I had a secret I wanted to protect, and a habit I didn’t want to own up to, much less change. I was afraid of what others would think, and embarrassed for not being real.

I had a secret I wanted to protect, and a habit I didn’t want to own up to, much less change. I was afraid of what others would think, and embarrassed for not being real.

Recently, there’d been an extra bump of shame, because I was routinely using pot but didn’t quite want to be. Even when it was enjoyable, I’d find myself fantasizing about renouncing it—making room for something more rewarding, by which I mean dharma practice.

Now, I’ve taken smallish breaks from weed in the past, and I’ve felt good (for the most part) every time: more present, less self-involved. But eventually, I’d have a difficult confrontation with someone, or a stressful episode, or maybe would just become bored and not creative enough to work through it. Next thing I’d know, I’d be texting my friendly neighborhood dealer. Because, why the hell not?

When I took the precepts as a young Buddhist, I took them quite seriously. Except for the fifth one.

Stash replenished, I’d smoke up, and things would feel wonderful enough for a little while. But soon I’d be haunted by the knowledge that I wasn’t being truthful—to my community, to my peers, to myself. Once that happens enough times, you realize: Hey! This isn’t working.

I’ve always kind of known my smoking could compromise the qualities I’m trying to cultivate as a dharma practitioner: stability, compassion, clarity, and so on. When I took the precepts as a young Buddhist, I took them quite seriously. Except for the fifth one.

Reciting the fifth precept on not intoxicating the mind, I think I knew that I was really just paying lip service. (I have to assume my teacher, no fool, knew it too.) The “rules” that the precepts seemed to represent were, to me, bendable.

And it’s true: the precepts do have flexibility in them. Each one is simply a tool that allows us to reflect on our behavior and whether it’s truly in line with the dharma. No one forces us to take these precepts, and no one—least of all the Buddha—is keeping score. We take the precepts because they help us foster the mind of a bodhisattva, someone who is trying to put others before themselves.

Nonetheless, I learned I could convincingly justify my pot use (at least to myself). Overall, I’m a responsible and conscientious person. I practice often, and have a happy little family and a career that I love. Contrary to the old, stale notions about pot enthusiasts, I’ve been getting shit done.

So if I’ve been smoking and doing practice all these years, does that prove that the two are compatible? I won’t say that they are or that they aren’t. What I can say is that things have now come to the point when I know I should put it down and re-focus on my vows and the reasons I took them. To not retreat inwards but to take refuge in the people and the situations that make life what it is, and to be part of it all. To not be so self-indulgent. To be a bodhisattva.

I can’t say that pot has ever been of much help to me in that regard. It can do lots of other things, of course: it makes listening to music with friends more fun, it makes a funny movie funnier, and to be honest, it even makes a sunny day sunnier. Or at least seem to be.

I thought I could sustain a meaningful practice along with weed use. But regularly clouding the mind is going to get in the way if you’re trying to undertake a project where clarity and presence are key.

Those aren’t “bad” things, of course, so why the hell not?

I’d long felt that I could sustain a meaningful practice along with some weed use. But regularly, willfully clouding the mind is eventually going to get in the way if you’re trying to undertake a project where authentic clarity and presence are key.

I’ve always taken care not to mix being high with my Buddhist practice. So the more often I’m high, the less often I’m practicing. And the less I’m practicing, the less I’m developing compassion, patience, happiness, being helpful, being present. And the less I’m developing those things, the more I’m bullshitting myself. That doesn’t make me happy, and I’ll bet it isn’t so pleasant for the people around me, either. That doesn’t sound to me like the work of a bodhisattva.

Yes, I’ll miss weed. It’s fun and it can make life’s stresses seem less daunting. But so does meditation and dharma study. And so does being more present when I’m walking in the park with my partner, meeting people, collaborating, talking, hearing, being open to a world of possibilities. Which is what I signed up for when I took my vows.

Will quitting “take” this time? So far, so good. What I know for sure is that I’ve been feeling happier, and even a bit liberated, since I decided to empty my stash-box into the trash. And even better now that I’ve told the truth.

Since marijuana is still illegal in numerous areas, the writer prefers to remain anonymous.