Prizing newness with its sleek and perfect lines has some ugly consequences. An aesthetic alternative, offers author Elizabeth Farrelly, is wabi sabi, a philosophy with roots in Zen tea ceremonies, which posits that beauty lies in what is flawed. 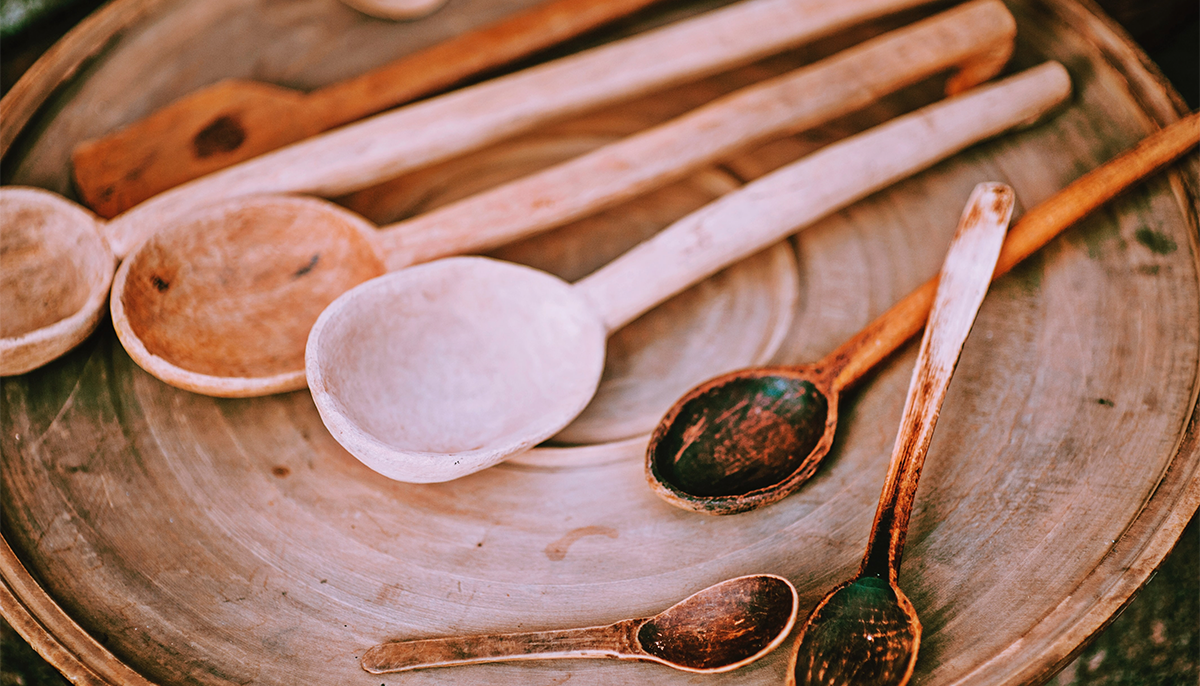 In a gesture of enchanting irony, Amazon now sells plastic Wall-E lunch boxes. Built to “withstand years of use,” they’ll nevertheless be uncool within months and on the trash heap, where their very durability will jump the fence to become part of the problem, not the solution.

The irony is that Wall-E the movie is actually a “wabi sabi” parable of our time. Wall-E is the big-eyed, sweet-willed, rust-bucket robot left behind to clean up after humans have trashed the planet and gone off to circle space for a millennium or so while it is cleaned. Said humans, in lives now devoid of difficulty, get fatter and fatter until they can no longer walk and must be trolleyed about between liquid meals and entertainment options. Eventually they are forced to wrest control from the autopilot that they have allowed to run the spaceship and return to face the Earth-music, learning once more to walk on their own pudgy feet. To this extent, it’s the same face-the-inconvenient-truth moral underpinning Disney’s Lion King. But in Wall-E the love story embroiders another, wiser commentary onto this theme.

Wabi sabi is our most promising antidote to the reverse entropy that afflicts the contemporary world.

Wall-E falls for Eve, a beautiful and smooth-skinned but lethal femme-bot sent to discover whether life on Earth has resumed. Eve does not touch the ground, or anything else (including Wall-E), but hovers dangerously aloof, and Wall-E adores her precisely for this impervious superiority. We the audience, however, warm to his endearing simplicity rather than to her elegant perfection. Only when she finally learns empathy is Eve redeemed.

It’s an eco-fable, yes, but a fable too of the overlap between ethics and aesthetics that is the Japanese aesthetic, wabi sabi. Seen by some as the next big thing in the Western misappropriation of Eastern ideas—next after yoga, kung fu, meditation, and feng shui—wabi sabi is our most promising antidote to the reverse entropy that afflicts the contemporary world; a relentless drift from authentic to synthetic, from down and dirty to schmick and span, from whole grain to lip gloss.

The originator of the wabi sabi concept is considered to be Murata Shuko, a fifteenth-century Zen monk and tea master from Nara who forswore the gorgeously lacquered foreign tea utensils of fashion, furnishing his tea ceremonies instead with objects that were aesthetically understated and locally made. It was further developed by Sen No Rikyu, a sixteenth-century tea master for whom wabi sabi was a means of raising the crude anonymity of Korean and Japanese folk craft above the slick and flawless treasures imported from China.

Rikyu’s tearooms were similarly pastoral. Modeled on the farmer’s hut, they were mud-walled, rough-thatched, misshapen, and small. But his style, far from being welcomed by the authorities, was taken as a profound threat. Eventually, aged seventy, Rikyu was forced by the emperor to commit ritual suicide, but his ideas have lived on to form one of the core concepts of Japanese culture.

Wabi sabi prizes qualities that many, even now, consider ugly.

The term is a composite one. Wabi had originally referred to a state of hermetic, nature-wrapped melancholy (as for example in Chinese ink-brush landscapes), while sabi meant “chill,” “lean,” or “withered.” Gradually, though, as the terms coalesced around the wide-ranging yet intricate skills of the tea ceremony—architecture, interior design, landscape design, flower arranging, painting, performance, and food preparation—they took on a more positive spin. Over the centuries, wabi came to imply a philosophical or spiritual outlook, while sabi came to signify the aesthetic qualities of an object, be it building, painting, or poem.

Yet wabi sabi is still somewhat countercultural. In promoting the humble, the irregular, the accidental, the timeworn, the ambiguous, and the awkward, wabi sabi prizes qualities that many, even now, consider ugly. Like modernism, wabi sabi values use, but its take on use is wholly different.

Where modernism employs a mechanistic view of utility—the house is a machine for living, the library a machine for storing books—wabi sabi takes a more open-hearted view, where “use” means accommodating the whole human, body and dreaming soul. And where modernism imposes the perverse demand that form should both follow function and remain untouched by it, wabi sabi values the wear, aging, and deterioration that attend use.

Wabi sabi, in other words, puts time back into beauty, but as friend, not foe—as a scrap of eternity, not a herald of death. I am reminded here of a writer, male, who recently declared he had outgrown the traditional view of feminine beauty and come to appreciate the beauty of age because of the way it brings frailty and transience to the fore.

Contrast this regard for the fleeting enchantment of the moment with post-modernism. Although post-modernism has put “heritage” on the agenda, it too often falls into the old modernist trap of forcing the building back to pristine newness, undermining the very respect for age that we profess to feel.

Wrinkles are earned. They signify. Why throw them away?

The same newness obsession underlies our youth culture; everyone wants to live forever but no one wants to be old. In Wisdom, a recent exhibition, Washington photographer Andrew Zuckerman presented portraits of elders, from Archbishop Tutu to Judi Dench to Buzz Aldrin, with Hallmark-style sound bites on the side as if to say, age isn’t really so bad, or so ugly. Age is really just an older version of youth. That is how modernism makes us miss the point entirely. A wabi sabi version would have none of the glossing over. It would, on the contrary, value the wrinkles, using them to sound the depths, to enter the soul of the subject, to mine its wisdom.

This newness-obsession is a contemporary version of age-old slum-clearance programs—programs that cleanse our red-light districts, drug districts, and bohemianism out of existence as if there’s a refresh button somewhere to make it all innocent again. As if, in reborn houses with freshly paved streets, people will drop all those bad habits and behave clean, like nice folks. As if you can solve social problems with bulldozers.

It’s not just doomed; it’s dangerous. Just as we now know you can over-sanitize childhood, expelling the very bacteria that builds our immunity, we’re also learning that you can over-cleanse cities. And that to do so is detrimental to the health of that city, deterring the very people—tourists and locals both—that cities vitally need.

In the shallow world of tourism, wabi sabi translates into something like “authenticity” or “local color.” Wabi sabi is the natural ally of anything small, local, old, or textured, and tourism—shallow or not—is one of the few overtly commercial enterprises to recognize such values. We travel to see the real thing, not a plasticized, sanitized version.

We cannot know whether time is in any sense real. All we can know is that it matters, to us.

Take that apotheosis of tourist cities, Venice. Day or night, summer or winter, Venice crawls with a thick layer of tourists. Some go simply to watch the vaporetto wakes wash against the crumbling brickwork, knowing that every wave takes a few more grains of this remnant empire into the lagoon. This very frailty is its beauty. The tourists who leave their increasingly shiny and convenient lives to come here, humping their fat suitcases over cobbled bridges, ruining expensive shoes in the acqua alta, gasping at streets the width of doorways, crooked and sunless in ways that would never be allowed at home—for these people Venice is a kind of aesthetic boot camp. They come here to wallow in the very qualities they energetically iron from their everyday lives.

There are of course perennial efforts to stop Venice from sinking, but no one proposes restoration. The Venetians themselves are reputedly paid by the government, not only to be there, like some reality version of The Truman Show, but also to sustain their houses and palazzi in just this state, at just this crucial turning point of dereliction.

This is a kind of Clint Eastwood approach to heritage: just enough facelifts to stay out of the swamp but not so many you actually lose the wrinkles. Those wrinkles are earned. They signify. Why throw them away?

We cannot know whether time is in any sense real. All we can know is that it matters, to us. We are temporal beings; if there were no death, no aging, time might continue to flow, but we wouldn’t bother to measure it, abhor it, or write sonnets upon it.

Modernism was founded on denying time, denying the necessity of death. This is what made it so synthetic, and so tacky. Milan Kundera famously defined kitsch as “the denial of shit” but, really, it’s denying death that is the ultimate in bad taste. And wabi sabi, as a way of seeing, lets us back in, lets us reinhabit time, rediscovering the fearful beauty of our own mortality. Enough, it says, of trying to assassinate death. Let us, rather than denying time, plant ourselves firmly in it, rooting ourselves in its past and branching ourselves into its future.

Dr Elizabeth Farrelly is a Sydney-based columnist, author and consultant who trained in architecture and philosophy, practiced in Auckland, London and Bristol and holds PhD in urbanism from the University of Sydney, where she is also Adjunct Associate Professor.