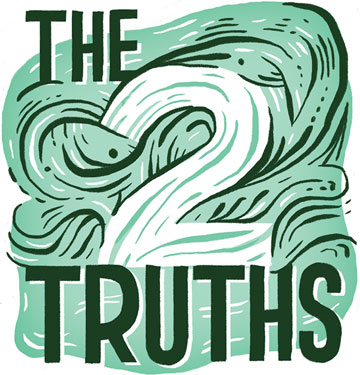 What is the relationship between absolute reality-whatever that may be-and the relative world we inhabit? That question is at the heart of all religions. Mahayana Buddhism’s answer is called the two truths.

Relative truth includes all the dualistic phenomena- ourselves, other beings, material objects, thoughts, emotions, concepts-that make up our lives in this world. These are sometimes called maya, or illusion, because we mistakenly believe they are solid, separate, and independent realities. But the problem is not relative truth itself, which is basically good, but our misunderstanding of its nature. That is revealed when we understand….

Absolute truth is the reality beyond dualism of any kind. It’s also the true nature of relative phenomena. In Mahayana Buddhism, it can be called emptiness or interdependence. Thich Nhat Hanh uses the term “interbeing.” In Vajrayana Buddhism, absolute reality is also referred to as space, complete openness, or primordial purity.