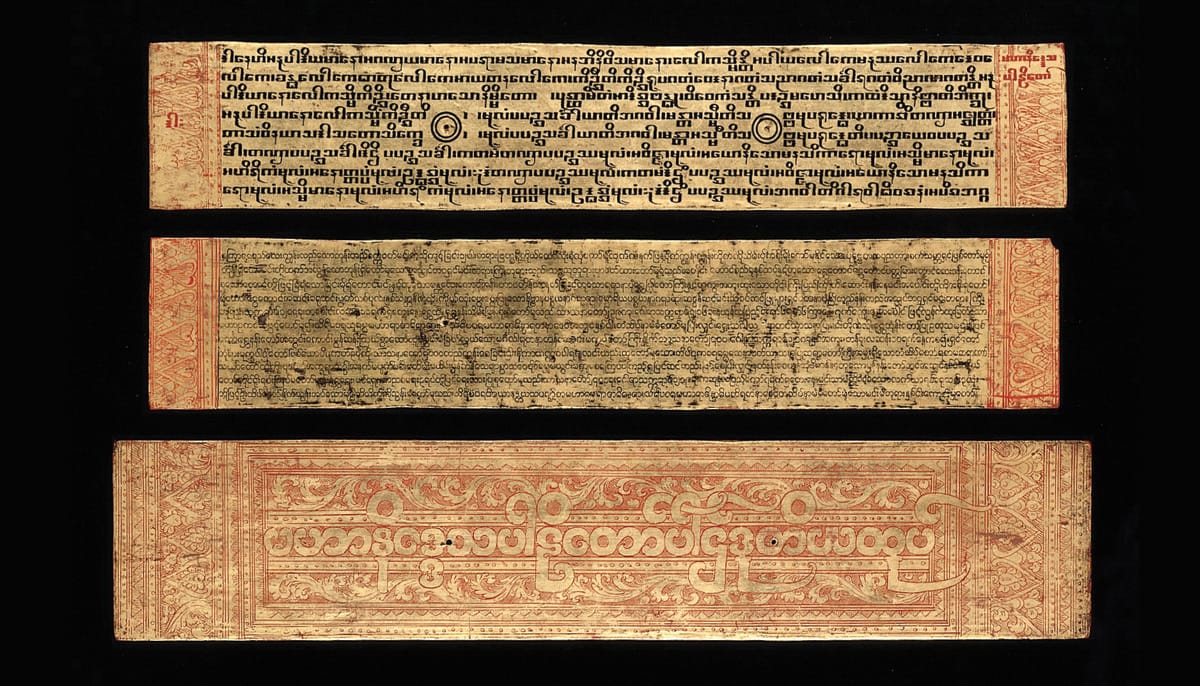 The Pali Canon is the body of scriptures central to the Theravada school of Buddhism. It contains a large collection of teachings (suttas) attributed to the historical Buddha, as well as sections on rules for monastics and Buddhist philosophy.

The Buddha didn’t write his teachings down, nor did his disciples. It’s said that shortly after his death, five hundred of his disciples gathered for what was known as the First Council. Those particularly gifted at memorization recited what they remembered of his teachings and the others in attendance committed them to memory.

As tradition has it, the Buddha’s teachings were finally written down in Sri Lanka at the end of the first century BCE, some five hundred years after his death. The original body of teachings apparently transcribed in Sri Lanka no longer exists. The extant record we know today as the Pali Canon began about 800 CE.

It’s said that the Buddha wanted his teachings presented in vernacular language, rather than the more formal Sanskrit of the educated classes. The language of the original texts was a hybrid of several ancient Prakrit dialects that came to be called Pali, a word that actually means “text.” Although it’s not a language the Buddha spoke, it’s closely related.

The Pali Canon is often referred to as the Tripitaka—the “three baskets”—because it has three sections. The Vinaya Pitaka lists the rules for monastics; the Sutta Pitaka contains the discourses of the Buddha and his principal disciples, plus certain commentaries and works in verse; the Abhidharma Pitaka, also known as the “systematic philosophy” basket, details Buddhist doctrines, especially about the nature of mind.