The historical Buddha said many things in his long lifetime of teaching. But have you ever heard a supposed Buddha quote and wondered, Did he really say that? Monk Thanissaro Bhikkhu, a trained translator of the Buddha’s words, certainly has. Here he reveals seven of many he’s found. See if you’re not surprised. 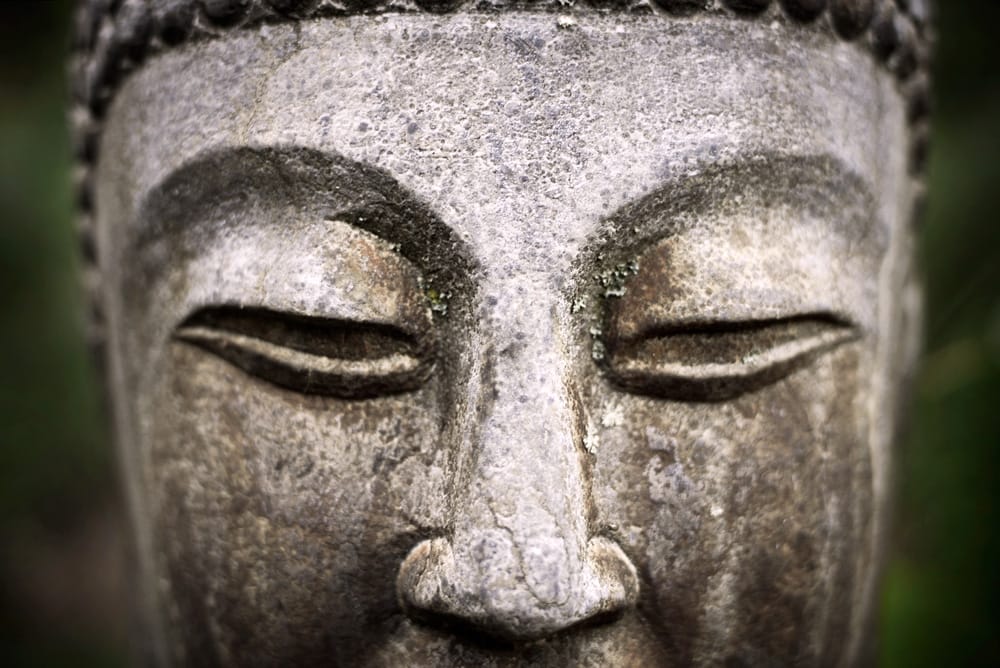 I saw this on a card attached to the mirror in the bathroom of a home where I was teaching once. It’s so unrelated to anything the Buddha said that I have no idea of what the original inspiration might have been.

This is the other Big Lie. The one time the Buddha was asked point-blank if there is or isn’t a self, he refused to answer (Samyutta Nikaya 44.10). In Majjhima Nikaya (the “Middle-Length Discourses” of the Buddha) 2 he stated that the views “I have a self” and “I have no self” are both a thicket of views that leave you stuck in suffering. When the Buddha taught not-self (anatta) — as opposed to no self — he was recommending a strategy for overcoming attachment, a way of cutting through the mind’s tendency to cling to things by claiming them as “me” or “mine.”

The Buddha never said that “There is no separate self” either. He declined to get involved in the issue of whether any kind of self exists or doesn’t exist.

4. “Everything is impermanent.”
5. “Suffering comes from resisting change.”

These two misquotes tend to go together. If everything changes, then the only way you could escape from suffering would be to accept that all happiness is impermanent and stop trying for anything more lasting than that. A pretty miserable message.

Fortunately, the Buddha said simply that all fabricated things are impermanent. Anything perceived through the six senses is fabricated, in the sense that it is shaped by conditions, both external and internal.

However, there is something unfabricated that you can experience, and that’s nirvana. (See the Majjhima Nikaya the “Middle-Length Discourses” of the Buddha, 49, and the Samyutta Nikaya, the “Grouped Discourses of the Buddha,”43, for more.)

As the Buddha said, nirvana is the ultimate happiness (Dhammapada 203)—free from change, free from death, free from all limitations. That’s why he taught the path: so that people can find an unconditioned happiness. If his message had been, “Hey, there’s no lasting happiness, so give up thinking about it,” it wouldn’t have lasted all these years.

As for the second misquote, the Buddha actually said that people suffer because they identify with things that change. When the mind is strong enough that it doesn’t need to identify with anything, that’s when there’s no more suffering. On this point, see Samyutta Nikaya 22:1.

This idea turns karma into something very simplistic and deterministic. It’s what I call the “one karmic bank account” theory—the idea that your present condition shows the running balance in your karmic account: the sum total of all your good actions, minus the sum total of your bad actions, equals what you’re experiencing right now.

Instead of a single bank account, the Buddha compared your past karma to a field of seeds: Some seeds have already sprouted, some are not yet ready to sprout, and as for the ones that are ready to sprout, those that get the most water with the best chance of flourishing. This means that, even though you can’t go back and change the seeds you’ve already planted, you do have some control over which seeds you’re going to water. In other words, your present condition shows only a sliver of your past actions; your present actions influence the extent to which you’re going to suffer over that sliver or not.

7. “A thousand candles can be lit by a single candle and yet not diminish the first candle’s light. Happiness is never diminished by being shared.”

This quote is popular among people who write fund-raising brochures—even though they want your money, and don’t necessarily care about your happiness. It’s a nice sentiment, but there’s no record of it among the Buddha’s words. The closest he gets to a sentiment like this is in Anguttara Nikaya (“The Numerical Discourses of the Buddha”) 10:177, where he says that when you make merit and dedicate it to your dead relatives, then even if those particular relatives are not in a place — the realm of the hungry ghosts –- where they can receive that merit, the merit isn’t lost. Others among your dead relatives who are in that state will partake of it—and you can be assured that at least someone among your relatives is there.

Not a suitable quote for fund-raising brochures, but something worth keeping in mind.