In his article “So Sad, No Problem,” Saltwater Buddha author Jaimal Yogis shared the story of Sonam, a Tibetan Buddhist monk – ordained by the Dalai Lama himself – who Jaimal met in India and would teach the author an unexpected lesson about coping with love and loss. Sonam expressed two dreams to Jaimal – to earn a US visa, and to use it to visit with his family back in Tibet. In this Lion’s Roar post, Jaimal follows up, letting us know what’s happened with Sonam since he wrote the piece, which ends with a joyous phone call: “This Sonam. I am here! I am here! – America.” 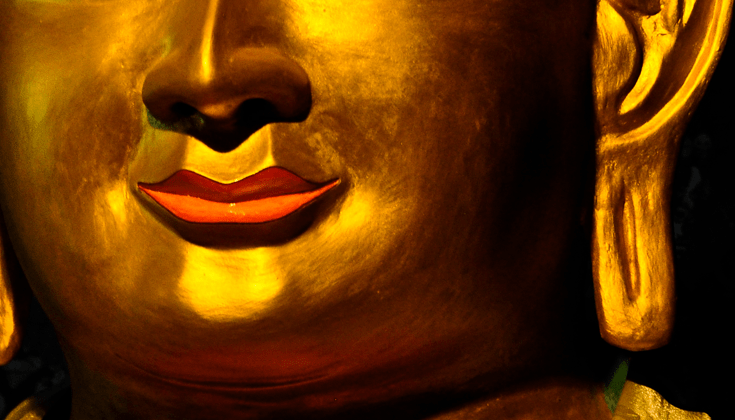 After I got that “I’m in America” call from Sonam, I was excited to hear from him, but a little nervous. He said he was in New York City with a teacher and some other monk friends from India, but his travel buddies were all heading back to India and Sonam was going to stay and follow his original plan: finding a job, saving money, and eventually returning to Tibet to try and find his family. Even though he had made it to America – the first hurdle – the rest still seemed quixotic.

Sonam and I were out of touch while I was traveling abroad for about six months, but I called him as soon as I got home to check in on how his New York stint was going. Sure enough, he hadn’t just found a job working as the gardener for a well-to-do American Buddhist family, he was also on his way to getting a green card, and, through a distant cousin or friend (I still have hard time understanding his English), had found his family and been able to talk with them numerous times on the phone.

Sonam was laughing as he told me the good news. He first spoke only to his sister because his mother couldn’t stop crying tears of joy for two days when she found out her son was indeed alive and well. Unfortunately, Sonam’s father had passed away from some type of sickness, but Sonam seemed fairly at ease with this, at least on the phone. What he did not seem at ease with was the news about his brother, the only member of his family to go through high school. Sonam told me that his brother had made his family proud by becoming a police officer, even though it made them all nervous that he was working with the Chinese police. Their fears turned out to be valid when Sonam’s brother apparently tried to defend a Tibetan who was being beaten or abused by his Chinese colleagues. Again, Sonam’s poor English made the details of the story difficult, but what was clear is that the incident turned ugly and Sonam’s brother was killed by police officers.

Sonam said the incident made him very sad and angry, but that he was also very happy to have connected with his family. I’m not clear on the details, but it sounds like he is in close touch with his village and learning about ways that he can help his from abroad. He is apparently getting an English speaker to forward me the details on what he’s trying to do.

I’ll likely get the update soon. Sonam still always makes a point of saying we’re destined to go to Tibet together. He also has his heart set on coming to California to see the ocean. I’m hoping all his dreams will come true.