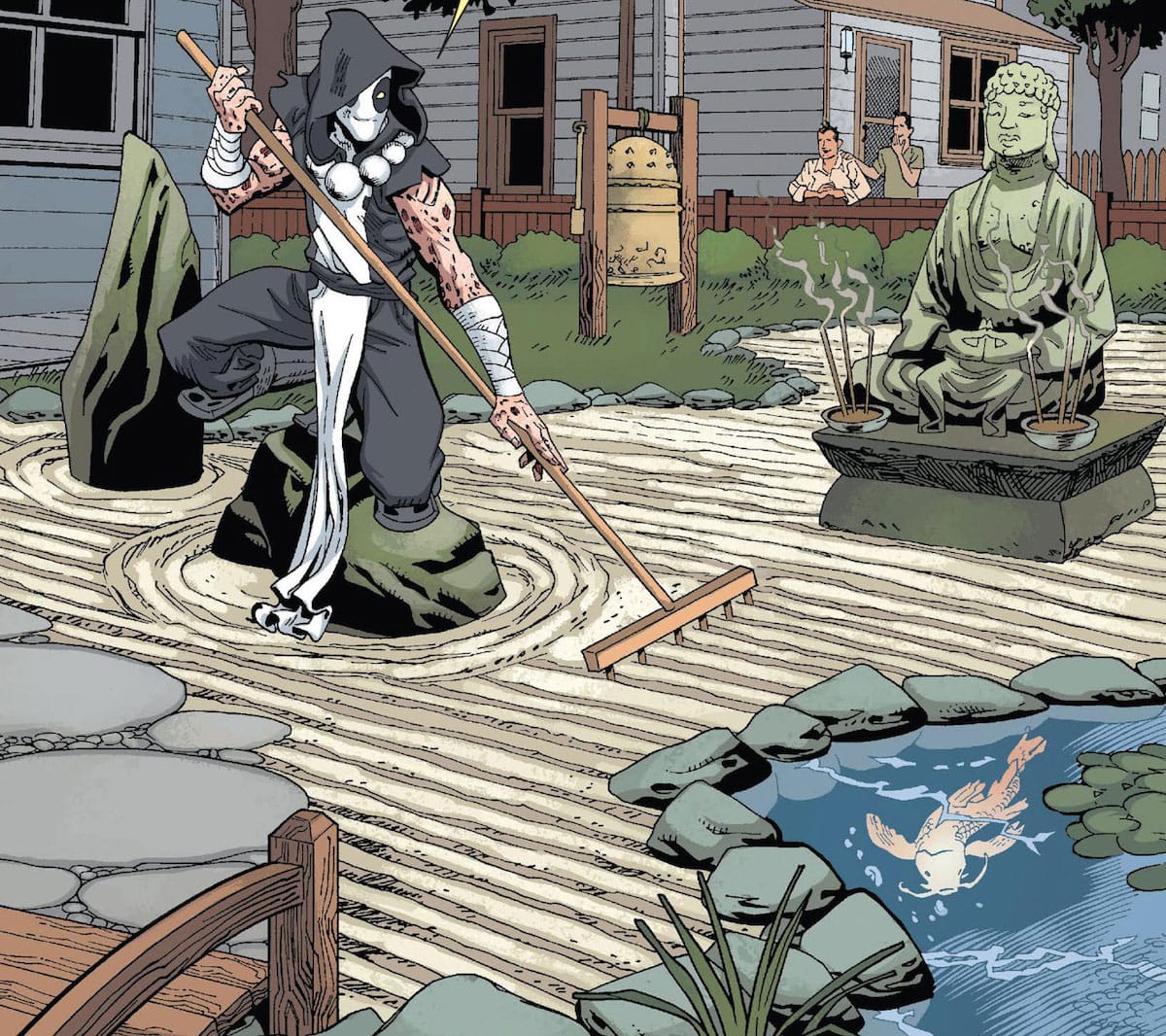 Recently we looked at Wolverine’s appearance in Secret Wars Battleworld, in which the popular Marvel hero cast aside his violent ways and adopted a more compassionate demeanor. Now it’s Deadpool’s turn.

Deadpool, another Marvel superhero, has been making more waves than ever thanks to his new eponymous film, starring Ryan Reynolds. Deadpool and Wolverine have some traits in common: they’re violent, they both can heal their wounds incredibly quickly, and they’ve both had experiences with Buddhism, though not entirely by choice.

Following the events of Winter 2014’s “AXIS” storyline, Deadpool, along with other characters, found his personality reversed—and so adopted a path of non-violence — relatively speaking, that is. Instead of gleefully chopping his enemies to bits while cracking jokes, “Zenpool” (Marvel’s term, not mine) can be found tending to his rock garden and trying to end his fights with as little violence as possible, leaving his would-be victims battered, but alive, and really more confused than anything. 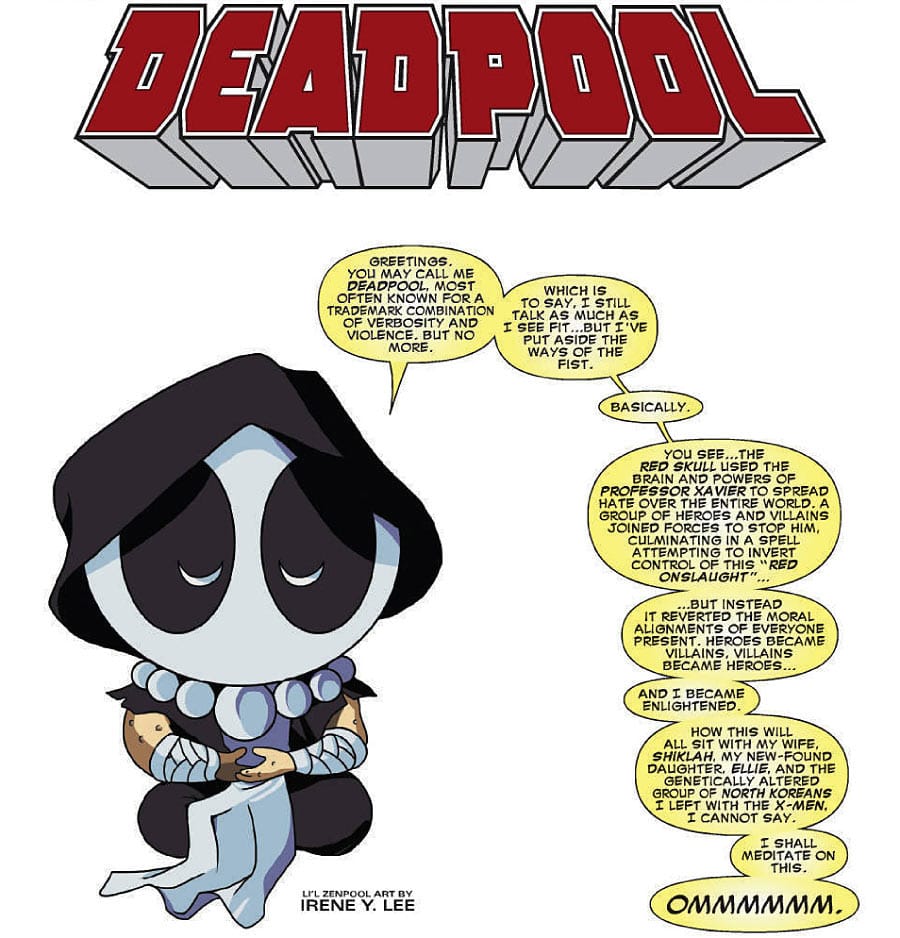 Dharma-Burger or not, Deadpool’s attempt at living without violence opens the character up to humor that’s less dependent on massive amounts of blood and references to chimichangas. 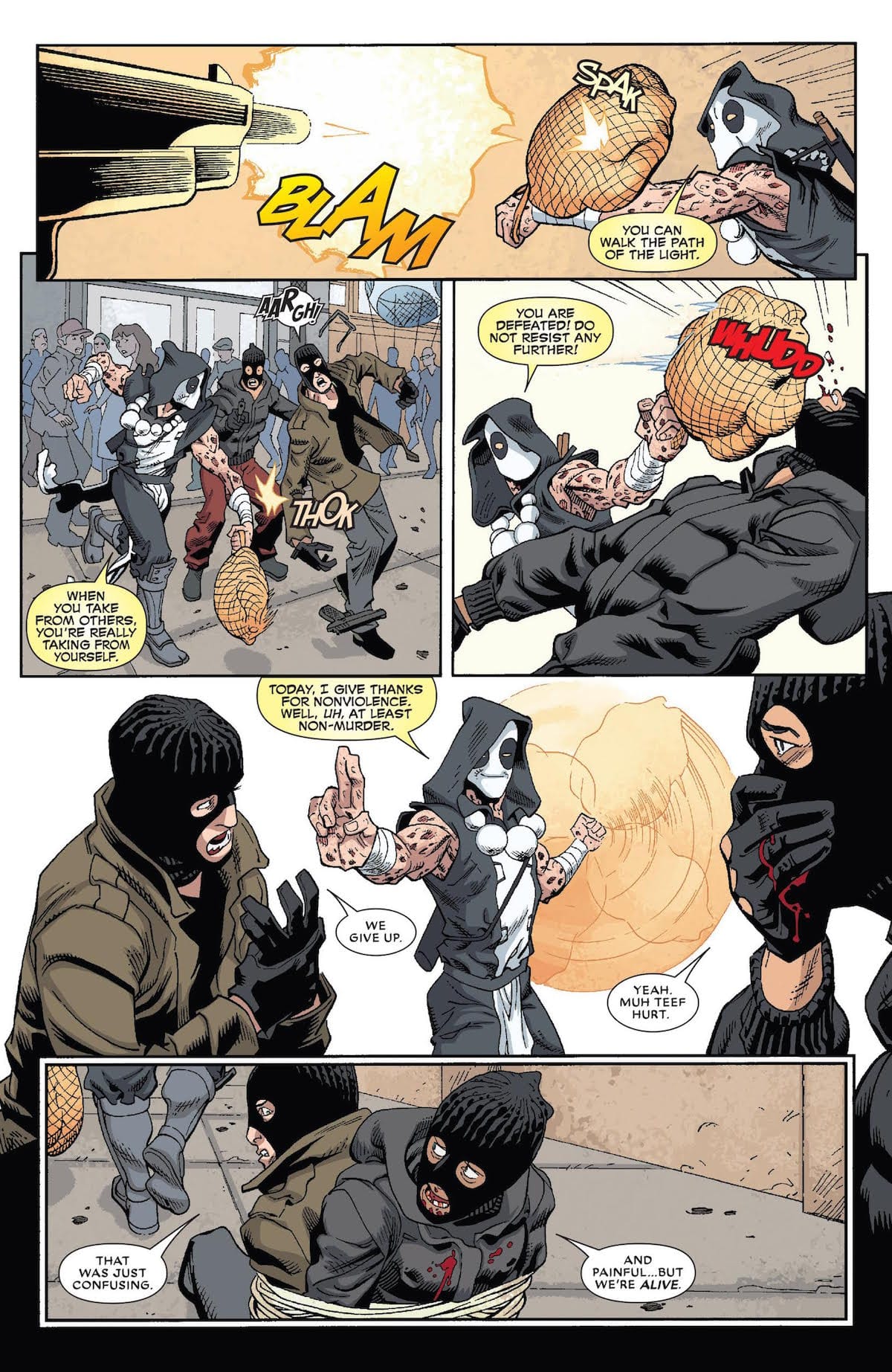 To get a sense of the Deadpool that moviegoers can expect, can check out the green band version for the trailer here, bearing in mind that the movie seems to heavily feature Deadpool’s particular brand of extreme, and occasionally comedic, violence.

And check out our comics archive for even more.