The message is, says bell hooks, that it’s fine for women to stray from sexist roles and play around with life on the other side, as long as we come back to our senses and stay happily-ever-after in our place. 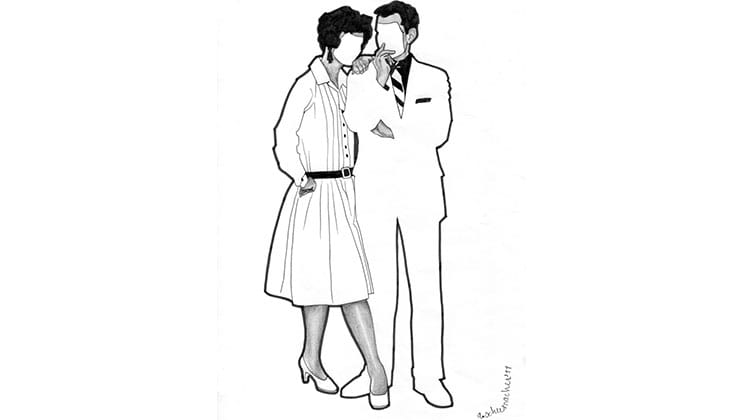 Books on the bestseller list always intrigue me. I like the idea of picking up a book that lots of people are choosing—I wish I could say reading but I know better. More than ever before books are bought and never read.

Anyway this is my explanation for reading The Horse Whisperer. I was moved by passages in the book that had to do with healing from trauma-being wounded and finding wholeness again. As I reached the end of the book, and the author neatly resolved all conflict and everything was back in its happily-ever-after place, I felt annoyed but not surprised. From high culture to low, so much art betrays its themes, the movement of its own narrative. Often these betrayals are there to please a consuming public that can only bear coming face to face with things out of order, with chaos and disruption, if in the end order is restored.

When I read the novel I did not feel it was a book about male domination. In fact a clear distinction was made in the book between the idea of taming something wild in ourselves or in animals, and domination which seeks to destroy that wild spirit. But seeing the movie disturbed me because it represented the narrative as being fundamentally about a powerful woman being put in her place—being taught the good old lessons of sexism: when men speak, women and children listen; but real men rarely speak, that is, unless they are talking to other men, and career women are cold, frigid, controlling ball-busters who, if they could just “get a good fuck,” would learn who is the boss. Ah! But there is no fucking in this movie. Those rough edges of disappointments in marriage and feeling passion for someone who is not your husband are all smoothed out in the film, as are all the other conflicts which gave the original story its emotional edginess and passion.

I begin with this digression because it is clear to me that movies are playing a major role in bringing back and glamorizing sexist thinking about male-female roles. I spend a lot of my time thinking and writing about the contemporary feminist movement and all the ways it has changed our lives for the good. And, like practically everyone I know whose life was transformed by this movement, I am always stunned that mass media continues to act as though everything feminism put in place was bad. Everywhere we turn feminism gets blamed.

In the movie The Horse Whisperer the cold frigid woman begins to warm up when she loses her job and gets in touch with traditional femininity. I was most struck by how the interaction between the adult woman and man becomes adolescent in the worst sense. It reminded me of the movie “One Fine Day,” where two divorced adults behave like teenagers without a clue as to how to relate to one another. Sexist ways of representing career women rule the day in that movie as well. By the end of both films the little woman regains her femininity and all is well.

As a nation we have experienced one of the most amazing cultural revolutions—fundamental changes in how we understand and organize gender. When I was in my late teens I was still surrounded by men and women who believed in the innate inferiority of woman and the superiority of man. When I entered college my professors were still insisting that women could not be great writers. On one hand it’s amazing how much sexist thinking has been challenged and has changed. And it’s equally troubling that with all these revolutions in thought and action, patriarchal thinking remains intact. Now we live in a world where individuals who want to can choose to resist and reject sexism and those who want to keep sexist thinking alive, do.

Lots of people hunger to maintain or come to terms with patriarchy, or a book like Men Are From Mars, Women Are From Venus would not be so successful. Increasingly, a body of New Age literature (mostly written by men) is emerging which assures us that male and female are androgynous, but it’s important to keep the side on top that corresponds to your gender. So if you are female it’s best that you cultivate your feminine side more than your masculine side. And vice versa. Whether in movies or popular books the notion that men are men and women are women is making a comeback. The message is that gender warfare would end if everyone just accepted that women and men are different and respected these differences. This way of thinking has always been at the heart of benevolent patriarchy. It neatly ignores the reality of male domination, especially in the domestic household.

Whether it’s The Bridges of Madison County or its more recent incarnation The Horse Whisperer, the message sent to women is that it’s fine for us to stray from sexist gender roles and play around with life on the other side as long as we come back to our senses and stay happily ever after in our place. Oh! and our more rational, emotionally sensitive male partners are there to welcome us back when the lessons are learned, when the shrew has been tamed. No matter the interventions of feminist thinking, the truth remains—patriarchy rules. All these images of benevolent patriarchy are dangerous because they cover up and mask unequal power dynamics that actually keep women and men apart—unable to experience intimacy, unable to know and love each other fully here on earth.