“I walked further and further away from father and son,” says bell hooks. But my steps always drew me closer to holy spirit.” 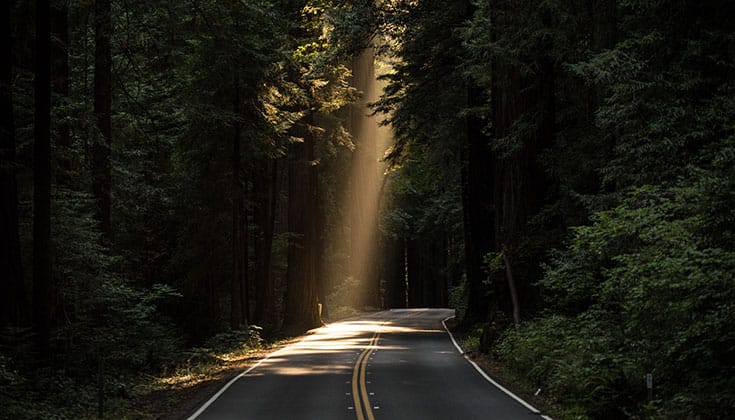 As children of a more conservative faith, we were not allowed to attend Pentecostal meetings. I went once. My best friend’s family were all “holy rollers,” as they were often called, and I was allowed to attend with her, even though I was given strict instructions to maintain myself. In other words I was not to allow myself to surrender to the call of divine rapture. I was not to be moved by unseen spirits.

The spirits were there in the tent that night. I could hear and feel them. To my friend who had always attended holiness meetings, there was nothing special or exciting about watching worshippers shout or speak in tongues. But I was mesmerized. Awed to be a witness to mystery. I only saw and heard it once yet the expressions of religious ecstasy and shared rapture stirred my soul. I came away believing more deeply than ever before in a mystical force in the universe—a force that had the power to call us, to touch us with divine spirit.

Everywhere I turned in nature I could see and feel the mystery — the wonder of that which could not be accounted for by human reason.

Baptized as a girl in the church of my upbringing in the “name of the father, the son, and the holy spirit,” I soon became enthralled by the mystical dimensions of religious life. On my way to becoming feminist thinker, writer, and cultural critic I walked further and further away from father and son, but my steps always drew me closer to holy spirit. Its presence could never be rejected or denied. Everywhere I turned in nature I could see and feel the mystery — the wonder of that which could not be accounted for by human reason.

Spirituality has always been the foundation of my experience as a writer. Most writers know that our visions often emerge from places that are mysterious—far removed from who we are and what we think we know. Faced with this reality again and again as we work with words, we can only acknowledge the presence of an unseen force.

Encountering this force was my earliest understanding of what was meant by the evocation of “grace.” In my home church we would sing “grace woke me up this morning, grace started me on my way.” This grace was understood as a recognition of the presence of mystery. We trust from childhood on that we can sleep and wake, that we can rise, that our open eyes will see. For many of us this trust is our covenant with godliness—our appreciation of that mystery of holiness.

Once our daily actions are infused with a sense of the sacred, we hear the rhythms of grace.

In Buddhist practice when we learn to be mindfully aware of our actions in everyday life we are essentially learning to practice spiritual vigilance in such a way that we can actually hear the sounds of mystery. Once our daily actions are infused with a sense of the sacred, we hear the rhythms of grace. Like a silent chant those rhythms help steady the mind and bring us peace. If we are listening and moving with these rhythms every action we take—rising out of bed, cleaning ourselves, preparing meals and so forth—reveals to us the sacredness of all life.

Writing has been for me one of the ways to encounter the divine. As a discipline of mind and heart, working with words has become a spiritual practice. Steeped in Christian faith, throughout my young adulthood I would fall on my knees to pray for the “right words”—for an integrity of mind and heart that would lead me to right livelihood in my work with words. Oftentimes I would repeat a prayer that would include the scriptural admonition to “let the words of my mouth and the meditation of my heart be acceptable.”

Initially, even though I prayed for divine guidance about my work, I was not really wholeheartedly willing to follow a path that was not in tune with my desires. Ultimately, the conditions of my surrender were not complex: my desires often simply did not work. When I gave myself over to the writing I felt called to do, I experienced fulfillment.