Natalie Fisk Quli reviews Buddhism and Whiteness, edited by George Yancy and Emily McRae. From the Spring 2020 issue of Buddhadharma: The Practitioner’s Quarterly. 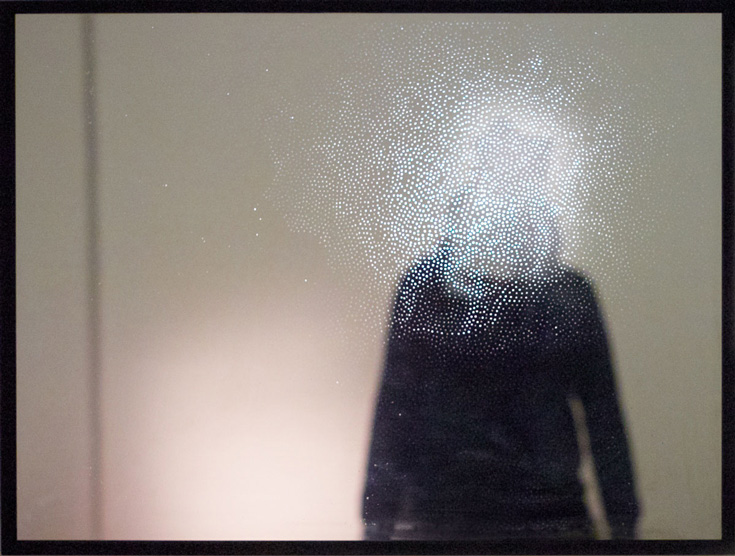 Walking into one of the most prominent Buddhist retreat centers in the United States, I’m struck by how very white the room is. On this particular day, from my vantage point in a very full room of practitioners, there is only one person who appears to my eye as nonwhite. At first glance, this observation strikes me as similar on the surface to heritage Buddhist centers that are composed largely of members of one particular nationality or ethnicity. But what’s different is this: unlike this predominantly white community, coethnic Asian American communities explicitly acknowledge their intention to maintain their heritage in a white-dominant culture that doesn’t reflect their experiences, languages, and cultural patterns. This is exactly the reason they largely cater to one ethnicity at the temple; maintaining these traditions and ways of being in the world requires effort, and such centers provide a place to maintain their languages and cultural traditions when there is no other available outlet. But what culture does this white-majority group seek to conserve, and why? And why, when queried, do they insist that they are simply “American” rather than white, when it’s obvious that there are multiple ways—multiple cultures, multiple ethnicities and races, multiple languages, multiple experiences—of being American? Buddhism and Whiteness, edited by George Yancy and Emily McRae, works to answer these questions and others through a critical inquiry into the habits of whiteness or white culture—a culture that refuses to be called a culture. As the authors in this book point out, the assertion of representing “Americanness” is symptomatic of those very cultural habits that render whiteness simultaneously dominant and transparent.

Do you instinctively shake hands when meeting a new work colleague, or do you bow? Does your head automatically nod to indicate “yes,” or does it wobble side to side? Awareness of bodily habits reveals how we unconsciously or automatically embody the habits of our culture. These bodily habits, as well as habits of thinking and perceiving, seem so “normal” that they become nearly invisible, meaning they are rarely noticed unless we encounter people who behave differently from our own sense of normalcy. To an anthropologist’s eye, there is clearly a culture shared by white people in the United States, a culture with its own holidays, bodily norms, language styles, foods, attitudes, values, and so on. So why is naming this so perplexing for many whites? And why do some whites find naming whiteness “un-Buddhist”? Strategies of denying white cultural specificity and subjectivity, as multiple contributors to this volume note, are a core feature of the maintenance of white cultural dominance.

Part of the importance of this collection of essays lies in its multipronged approach to both naming the white supremacist bedrock of whiteness and describing Buddhist models for understanding how it arises. Put simply, this denial of the existence of culture—which involves erasing, marginalizing, silencing, and degrading nonwhite experiences—is an example of what Buddhist traditions identify as ignorance or delusion (avidya). Authors in this volume bring to light a number of attitudes that help the reader “see” white ignorance in action. For example, the valorization of individualism frequently informs how white Buddhists approach issues of racism and white supremacy. Rather than identifying white supremacist modes of knowing and behaving as part of white social conditioning (that is, culture), whites tend to identify these habits as acts of individual cognition. This is often expressed as “But I’m not racist,” a posture that misidentifies racism as restricted to intentional acts performed by “racists” rather than culturally ingrained habits of perception, cognition, and behavior shared by a social group through generations of a shared history marked by racism and assumptions of white superiority. Individuals who consider themselves “not racist” are still capable of reproducing white supremacy through their culturally conditioned ignorance.

The unwillingness to engage critically is not at all innocent but rather constitutes an active kind of ignorance, one that thrives on being invisible. As multiple authors in Buddhism and Whiteness contend, whiteness employs a variety of strategies to avoid being identified, such as denying white privilege (“But I’m poor,” or “I’m female” as if one cannot have privilege in some ways and not others), using emotions as a means of avoiding discussion (for example, hostility, tears, taking critique as a personal attack), appeals to intention (“But I didn’t mean it that way”), and, among white Buddhists, utilizing Buddhist doctrine to enable gaslighting and reinforce white cultural dominance.

Relinquishing the privilege of being the authority on what constitutes ‘real’ Buddhism, who is a ‘real’ American, and what counts as ‘real’ practice involves giving something up.

Doctrinal justifications that serve the white status quo appear in a variety of ways in white-dominant sanghas. For example, writers in this volume point to emptiness (sunyata), nonself (anatman), and the Two Truths doctrine as particularly prone to misuse. When responding to critiques of whiteness, white teachers and students may claim that people of color shouldn’t be so attached to their identities. But while the self is indeed constructed, we nevertheless experience identities in the ways that others treat us, and it is unfair and unreasonable for practitioners of color to bear the brunt of responsibility for the behavior of others who are consciously or unconsciously enacting habits of white supremacist culture. Nor is it moral, as Hsiao-Lan Hu points out in her chapter on white feminism, to frame racial obstacles as “friends,” or welcome opportunities. Authors in this volume encourage us to see the deployment of these doctrines as the very embodiment of white ego, as defense mechanisms designed to prevent accountability, as ways that whiteness protects its own privileges and self-interests. The use of doctrinal methods to dismiss critiques of whiteness are, in short, active techniques that serve white ignorance and preserve the fiction of white innocence.

Fortunately, Buddhism also offers a rich philosophy that can be used to understand the arising of whiteness, to identify and name racialized habits that may be largely unconscious to white practitioners themselves. In this regard, the chapters in Buddhism and Whiteness are particularly constructive in their use of Yogacara teachings, though similar explanations of the arising of cognitive habits are available in a variety of other traditions (including Pali or Theravada traditions). As Bryce Huebner explains in his chapter, “The Interdependence and Emptiness of Whiteness,” Yogacara asserts that ignorance arises not because we lack the necessary facts but rather because our “knowledge” is in fact distorted by our own habits of perception and cognition (vasanas). These mental habits shape both how and what we perceive, which means our experience (which we mistakenly identify as objective) is mediated by culture and desire. In the context of whiteness in white majority Buddhist communities, this may come through in unconscious associations of blacks with criminality, or Asian Americans with foreignness, as Ronda Magee makes clear in her chapter, “Taking and Making Refuge in Racial [Whiteness] Awareness and Racial Justice Work.” Implicit bias tests, widely available on the Internet, may yield surprising results that conflict with our consciously espoused values and beliefs. These unconscious biases occur in spite of white declarations of “color blindness” largely because they happen automatically as a result of years of exposure to popular media and other cultural forms that have through repetition created these associations. A white practitioner may be confident that she is “not racist” and still embody habits of perception and behavior with all the marks of white supremacy. Unless actively and consciously named and countered, these habits will continue to shape inner and outer worlds and produce behaviors that harm others.

Buddhism and Whiteness presents a number of strategies and reorientations for readers. For whites, transforming habits of whiteness within the context of Buddhist practice is a moral imperative. To counter the enculturated stereotyping and negative valuations of people of color that reside in the socially conditioned habit energies of whiteness, Jessica Locke suggests practices such as implicit bias intervention programs. For Buddhist practitioners of color, exposure to whiteness can have very real, traumatic effects on the body and mind; Sharon Suh presents a toolkit of practices, such as trauma-informed yoga, that can play a part in self-care, which Suh recognizes (à la Audre Lorde) as an act of political warfare, self-love, and agency. And where white ignorance has urged negating one’s racial identity as a way to demonstrate understanding nonself, teachers such as Zenju Earthlyn Manuel have recommended using more nuanced approaches that acknowledge identity as something “to be explored on the path of awakening” rather than dismissed or maligned.

There is reason to approach the project of uprooting white supremacy with healthy skepticism. Considering that white dominance benefits whites (whether whites consciously want it to or not), what motivation do whites have for doing this work? If, at the end of the day, dispelling whiteness means losing one’s position of privilege, it’s hard to imagine white Buddhists would want to acknowledge, much less uproot, whiteness. Even among white teachers who have explicitly expressed the intention to “diversify” and make their sanghas “more welcoming,” persistent habits of white defensiveness shine through. For example, when challenged to rethink meditation practice as “deep” and merit practice as “cultural baggage,” one such teacher suggested to me that omitting merit practice was simply part of a strategy of adapting Buddhism to “American” practitioners. It did not occur to this person that their conception of merit practice—which holds a central place in an abundance of Asian American temples—could possibly be conditioned by racist stereotypes. According to another teacher, critiquing the ways in which white sanghas have adapted Buddhism to fit the “American” context is misplaced; adapting the dharma to new cultures, this person explained, has a long history in Buddhism. Indeed it does. But as Larry Yang notes in Ann Gleig’s chapter, altering Buddhist teachings and practices to make them culturally accessible is not the problem; the problem is that the dharma is being presented in a white-dominant culture marked by white privilege and racism, such that the dharma is being shaped to adapt to, rather than alter, injurious white cultural patterns. The unquestioned assumptions of whiteness continue to manifest in the harmful, arrogant attitudes used to justify the intellectual, cultural, and spiritual authority of whites even while claiming a desire to be more “inclusive.”

Relinquishing the privilege of being the authority on what constitutes “real” Buddhism, who is a “real” American, and what counts as “real” practice involves giving something up. That act, and all the myriad ways whites can practice giving away unearned privilege, can itself become a powerful method of merit-making, of dana as a form of moral development in the pursuit of benefiting others. In this respect and others, Buddhism and Whiteness offers gifts of insight that constitute a wise and compassionate act of merit.

Natalie Fisk Quli is a Research Fellow at the Institute of Buddhist Studies in Berkeley, where she offers courses in Theravada studies. Co-editor of Buddhism Beyond Borders, Methods in Buddhist Studies, and Pure Land Buddhism in China, her research focuses on Theravada Buddhism in the United States, primarily among Sri Lankan and Thai American Buddhists. She lives in the San Francisco Bay Area.