Buddhism teaches us that the buddhas can appear in different bodies. Finn Enke chronicles a lifelong journey to find the identity that makes them feel, finally, “I am here.” 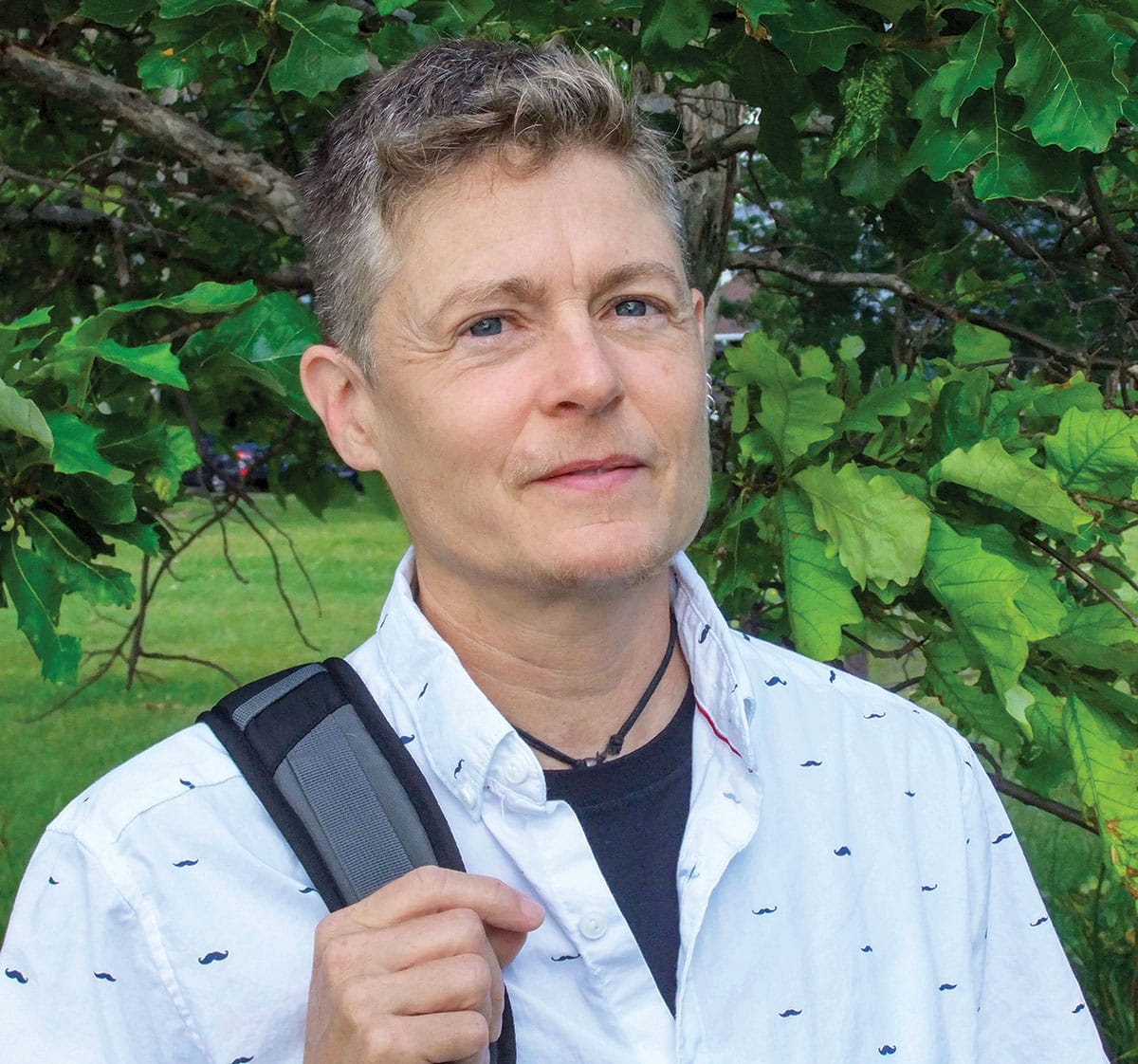 Everything is of the nature to change. That’s a fundamental Buddhist teaching, and it might be transgender affirming as well.

When I was a trans-struggling child growing up in the 1970s, adults saw me as a nonconforming girl. I knew myself to be a nonconforming boy. I had been taught that everything started and ended with anatomy, but my body made no sense to me. By the time puberty had conclusively rejected any notion that my body would become male after all, I was desperate for ways to integrate my soul into a difficult world, desperate to make my body matter less.

I spent my college years poring over different forms of Buddhism. I practiced meditation with sanghas in the United States and Sri Lanka. I even sat in a cave on the side of a mountain.

In the Lotus Sutra, the Buddha says, “If a living being needs to be saved, Guanshiyin will appear in the body of a buddha.” Buddha then lists more than thirty different bodily manifestations of Guanshiyin, who manifests according to what is needed: male, female, young, old, varied by class, station, occupation, divine, human, nonhuman. Avalokitesvara/Guanshiyin manifests nonduality—the way that everything in the universe is present in every cell in every being, form and boundlessness together.

Everything might be of the nature to change, but what do you face when you launch yourself into the unknown?

So I decided to regard my situation as an opportunity to experience existence in the form into which I was born. It was through form that I could comprehend interbeing, the awareness that everything in this moment is connected to everything else, and always has been and will be.

With that understanding, for the next two decades I dismissed my transgender experience on the grounds that, just as form matters, there is no hierarchy of forms. The bunny is as necessary and precious as the bee and the human and the sun. The violence taking place outside me is also inside me; we are not separate.

I convinced myself that my body was precious and sacred, and that the specific form didn’t matter. It made no Buddhist sense to say that I wasn’t a woman, and the feminist in me also rejected that articulation. Besides, my particular body (despite its female-appearing shape) was also a source of joy—I was healthy, strong, and grateful for the miracle that life is.

By the time I was in my forties, I could almost ignore the chafing confusion I felt whenever people addressed me as “ma’am.” I was so used to seeing multiple shifting images in the mirror that I could not see the physical form that most others interpreted as female. I was inured to the hum in my brain during social interactions as I tried to sort out how to act as though I was a woman while my energetic body and soul were busy running away.

The work of passing as what people perceived me to be—female—was so much my normal state that when it busted open one day on an ordinary walk, I literally fell down in my tracks.

Suddenly, I needed to change things—a lot of things—but I didn’t know what or how. Could I change a few things without losing everything? Everything might be of the nature to change, but what do you face when you launch yourself into the unknown?

I changed my name and, for the first time in my life, I felt addressed when people called to me. Half a year later, I changed my pronouns and had to deal with the way that few people were willing to use “he” or “they” pronouns.

More slowly, I discovered that I was clinging hard to the notion that I shouldn’t willfully mess with this perfectly good body. I confronted the possibility that for me, this belief was just as much a habituated story as the conventional stories that call some bodies male and some female.

What would it mean to listen to myself?

I decided to bring that question to the center of my meditation practice. I cultivated deeply listening to everything that arose, without judgment. Observing rather than dismissing questions of physical transition, I felt immediate peace. It suddenly became far more important to me to learn about myself than to resolve the question of physical transition.

What arose surprised me: I found that multiple shadow selves had physical locations overlaying and inside my physical body. I had mastered shape-shifting to be able to “see” my male “self” while passing as female virtually everywhere. I knew life only in a bifurcated self-sense of materialized/not-materialized personhood, and I could not imagine otherwise.

For the first time in my life, I make sense to myself.

Eight months of intensive, embodied meditation practice showed me that there was no objective judgment about whether taking testosterone would be a good thing or a bad thing for me, just as being transgender or being anything else is neither a good thing nor a bad thing. Only experience could tell me if testosterone felt right.

This realization brought another congruence so compelling that, even with prescription in hand, I wanted just to observe and enjoy this too, in no hurry to be anywhere other than where I was. Many months later, I started a low dose of topical testosterone, allowing me to navigate and define transition at my own pace.

In this life of transformation, I now feel an unprecedented, unimaginable coherence and ease. For the first time in my life, I make sense to myself. All the shadows have integrated—there is just one of me, and it’s the one I’ve known my whole life. Others still misgender me about half of the time, but I can more easily stay solid and present. No longer racing away, I listen deeply, to myself and others.

Regardless of how my body changes, regardless of the social and legal prohibitions, I am transgender. I’m not trying to get to some imagined other place. I’m exactly where I need to be, everchanging and present in a nonbinary form. I’m not “in between” anything. I’m just here.

Finn Enke is a professor and the author of "Finding the Movement: Sexuality, Contested Space, and Feminist Activism" (Duke University Press).