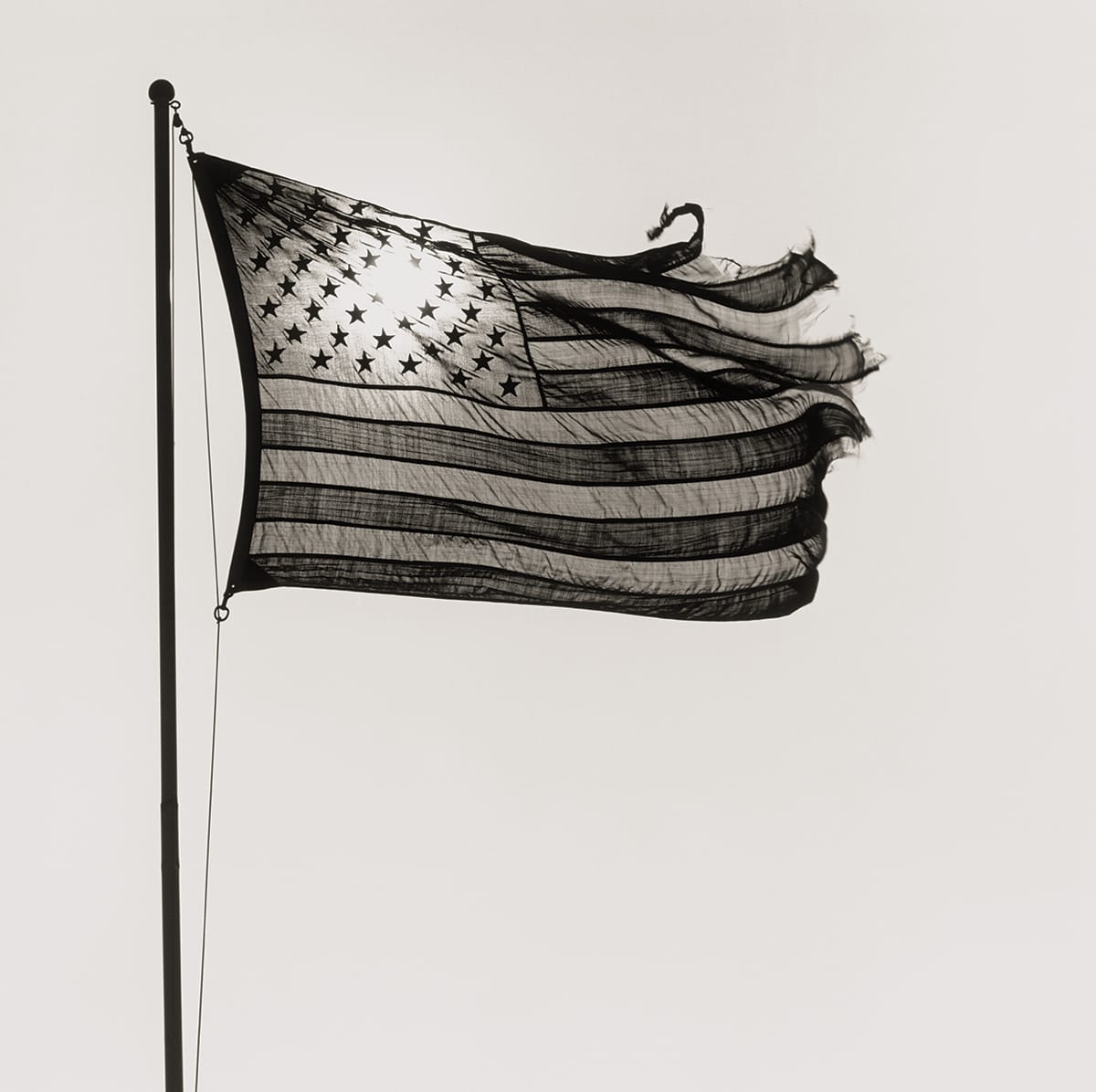 If we are to uphold the dharma, says Rev. angel Kyodo williams, we must stand up to racism and expose its institutionalized forms—even in our Buddhist communities.

We are at a critical moment in the history of the nation as well as within the Buddhist teaching and tradition in America. This is the “back of the bus” moment of our time. Fifty years after civil rights laws were laid down, it is clear that these laws were enshrined within a structure that continues to profit from anti-Black racism. The necessary bias that the system requires in order to perpetuate itself has permeated our sanghas, and in this very moment, Buddhists are called upon to put aside business as usual. If you have ever wondered how you would have shown up in the face of the challenge put before white America when Rosa Parks refused to give up her seat, upending the accepted social order, now is when you will find out. Will we actually embody our practice and teachings—or not? It is a clarifying moment about who we are as individuals and who we have been thus far as a collective of people laying claim to the teachings of the Buddha, waving the flag of wisdom and compassion all the while.

Our inability as a nation to atone for the theft of these lands and the building of wealth, power, and privilege on the countless backs and graves of Black people is our most significant obstacle to being at peace with ourselves, and thus with the world. The Buddhist community is a mirror image of this deep internal conflict that arises out of a persistent resistance to playing its appropriate societal role, even as we have available to us rigorous teachings to help us do the necessary work.

As demographics shift, ushering in greater pools of racially diverse seekers, this reluctance promises to be our undoing. We simply cannot engage with either the ills or promises of society if we continue to turn a blind eye to the egregious and willful ignorance that enables us to still not “get it” in so many ways. It is by no means our making, but given the culture we are emerging from and immersed in, we are responsible.

White folks’ particular reluctance to acknowledge their impact as a collective, while continuing to benefit from the construct of the collective, leaves a wound intact without a dressing. The air needed to breathe through forgiveness is smothered. Healing is suspended for all. Truth is necessary for reconciliation.

Will we as Buddhists express the promise of, and commitment to, liberation for all beings, or will we instead continue a hyper-individualized salvation model—the myth of meritocracy—that is also the foundation of this country’s untruth?

The work of dharma communities is the same work of the America that wants to live up to its promise of life, liberty, and the pursuit of happiness. It is to kick the habit of racism, cultural dominance, and upholding oppressive systems. More poignantly, our challenge, our responsibility, our deep resounding call is to be at the forefront of this overdue evolutionary thrust forward. Why? Because we chose to position ourselves as the standard-bearers of an ethical high ground. And we have the tools and teachings to do so.

Much of what is being taught as Buddhism in America is the acceptance of a kinder, gentler suffering that does not question the unwholesome roots of systemic suffering and the structures that hold it in place. The expansive potential of the dharma to liberate us from suffering is in danger of being rendered impotent because it is held in subjugation to the very systems that it must thoroughly examine.

Thrust into the Western socioeconomic framework that puts profit above all, and coupled with a desire to perpetuate institutional existence at the expense of illuminating reality and revealing deeper truths, the dharma has become beholden to commodification, viewing it as inescapable and de rigueur.

The dharma’s authenticity and integrity are thus compromised.

What is required is a new dharma, a radical dharma that deconstructs rather than amplifies the systems of suffering, that starves rather than fertilizes the soil that deep roots of societal suffering grows in. A new dharma is one that not only insists we investigate the unsatisfactoriness of our own minds but also prepares us for the discomfort of confronting the obscurations of the society we are individual expressions of. It recognizes that the delusions of systemic oppression are not solely the domain of the individual. By design, they are seated within and reinforced by society.

The attention of our nation has rightfully turned to the policing of black and brown bodies. From above, it looks like just black and brown folks are being policed and while you may feel bad, you are free.

But here is the truth: policing is expressing itself through the state. The police force is the institution carrying out a specific mandate—a mandate that expresses a survival need of the social construct that we inhabit.

That mandate is to control black bodies.

The need is to have the constant specter of the other.

When the other exists, it strengthens your need to belong.

Your belonging is necessary for compliance.

Your compliance maintains the system.

You are policed, too.

You are policed by your need for belonging.

Your need for belonging requires control of the other.

Or at least the illusion of it.

You are policed through the control of my body.

You are policed, too.

Once you are aware of how you are being policed, you can begin the process of self-liberating—this time from a place that recognizes the mutuality of our liberation rather than suffering under the delusion that you are doing something for me. There’s an intimacy in that realization. And because dharma is ultimately about accepting what is, it can undermine the need for control that keeps you invested in the policing of my body—thus freeing yours.

To lean into this aspiration, you must confront the fact that “whiteness” is a social ego as void of inherent identity as the personal ego. However, you have identified with it as much as your very own name, without being willing to name it.

Just as the ego-mind is a construct that constantly reinforces itself, so, too, does the construct of whiteness. It builds structures and systems of control and develops attitudes and views that maintain its primacy and sense of solidity so that whiteness can substantiate its validity. One could call it the Mind of Whiteness.

The construct has been designed so that White America—and by extension white dharma teachers and practitioners—lives inside the prison of that small mind. Without intentional intervention, you cannot see over the wall of the reinforcing perspectives that affirm and perpetuate the White Superiority Complex. The complex would disintegrate if the vastness of your own racial bias were illuminated, but until such time you remain in ignorance, blind to the reality before you. This blindness is necessary to escape the sheer anguish of how pervasive this complex is, how you unerringly participate in it, and how seemingly inescapable it has become.

Just as the ego-mind cannot be used to work its way out of its own construct, the Mind of Whiteness cannot be used to see through the veil of its own construct. As Buddhists, we are gifted with precisely the tools and methodologies needed for the project of deconstructing, but that lens of awareness must be placed outside of the construct of whiteness. As a direct result of privilege, white practitioners and teachers have mistakenly entitled themselves to place the lens of awareness inside of whiteness, hence they are unable to see its machinations. Only when we choose to live the dharma in a radical way—with a motivation toward complete liberation—can our work begin.

So we sit. And we feel. And we let what arises do so until the resistance is worn down or moved through or even until it overwhelms us. On the other side, we see a glimmer of something that we couldn’t get a handle on because we were trying so desperately to avoid it. We begin to see truth. When we catch hold of it, we can finally see the patterns of our participation in not-truth emerge. With the clarity of a steady mind and courage of a true heart, what has always been there begins to reveal itself, emerging from behind the fog of the ego-mind of whiteness.

White dharma practitioners who are unable to acknowledge the pain caused by decades of resistance to addressing this misalignment will be exposed—they will no longer be able to use a veneer of dharma as window dressing while milking the benefits of the system. Their veil of mindfulness will be seen through as thin, and their once-wise words, henceforth, will land with a thud.

No one group, community, or institution has the answer, but each of us can call forth the willingness to offer our best, claim responsibility for our worst, and fold it all into the continuous moment-to-moment practice of simply being present to what is. If your practice is not attenuating greed, hatred, and ignorance—the social expressions of which are the delusions of supremacy, racism, and oppression—then you need to change your practice.