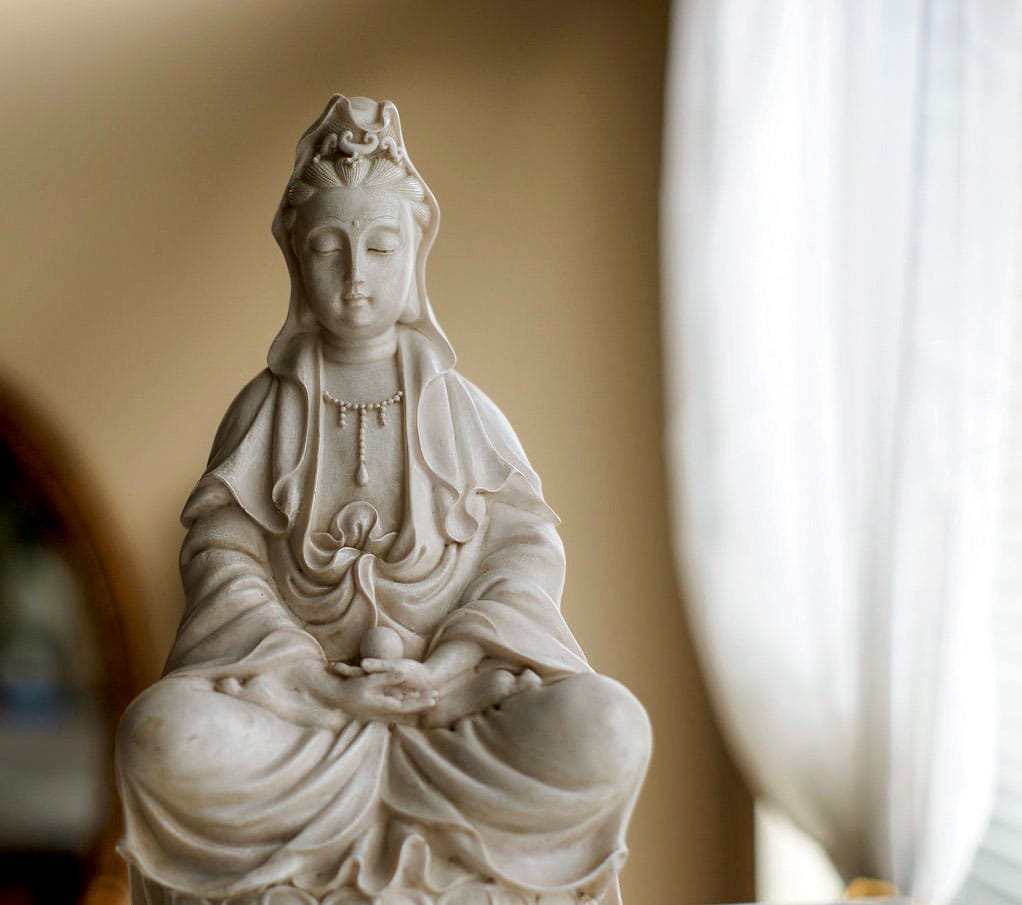 The embodiment of compassion, Kwan Yin is known as “she who hears the cries of the world.” One of Buddhism’s most beloved bodhisattvas, she also holds a special place in the hearts of people of other faiths, including Daoists and Confucianists.

Kwan Yin is the protector of women, children, sailors, fishermen, anyone in trouble, and the sick, disabled, and poor. Some Buddhist schools present her as male and female interchangeably. The idea is that a bodhisattva—a being of great realization who vows to forego enlightenment until all sentient beings are liberated—can manifest in whatever form will most effectively free beings from suffering.

Kwan Yin originated in India as Avalokiteshvara, the male bodhisattva of compassion. He was introduced to China in the early centuries of the Common Era, but apparently there was a hunger for a feminine face of compassion, and by the eighth century female forms of Avalokiteshvara emerged. By the ninth century, Kwan Yin had become the main representation of compassion in China, and from there her veneration spread across Asia. Eventually, she became known by many names, including Kannon in Japan and Quan Am in Vietnam.

According to legend, Kwan Yin tried so strenuously to alleviate the suffering of beings that her head split into eleven pieces. Wanting to help, Amitabha Buddha awarded her eleven heads with which to hear the cries of the world, but when she heard all the cries and reached out to address the needs of so many, her two arms shattered. This time, Amitabha gave Kwan Yin a thousand arms, and it’s said that even now she’s still using those arms to offer her compassion to all.