Nagarjuna is known as a Buddhist monk, a scholar, and the founder of the Madhyamaka school of Buddhist philosophy. But what do we really know about him? 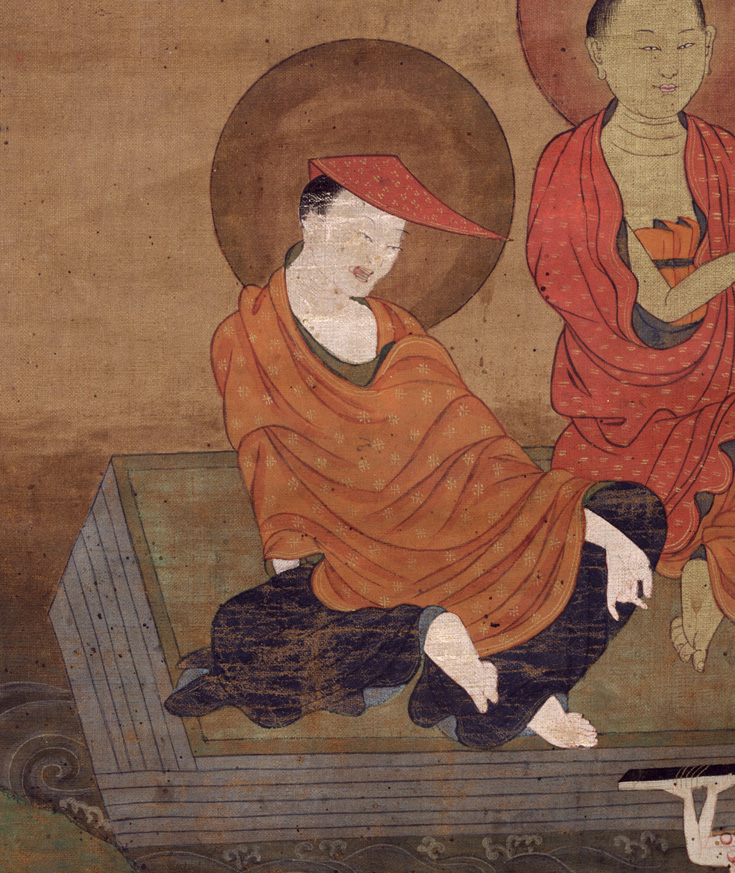 Who was Nagarjuna? No one really knows. There are stories—in one, he was beckoned to the kingdom of the nagas, underwater serpents, where he found the Prajnaparamita Sutras, lost since the time of the Buddha. He is said to have had magical abilities that extended his life for centuries, and to have used those same abilities to prolong the life of a benevolent king. But the king’s son, eager to assume the throne and recognizing that Nagarjuna was preventing his father’s death, asked Nagarjuna to commit suicide as a display of generosity. According to the story, because Nagarjuna had once accidentally killed an ant while gathering grass for meditation, the one weapon that could kill him was a single blade of grass. He took one and cut off his own head. When the proper time comes, goes the story, his head and body will rejoin so he can once again serve all beings.

The actual historical record, however, offers nothing so dramatic, or even anything definitive. Nagarjuna is usually spoken of as a Buddhist monk and scholar who lived between 100 and 300 CE, but it’s not even clear if he was a single person or a composite figure, a mythology molded out of multiple teachers of that place and time. He may have come from southern India—both an ancient Buddhist settlement and a modern dam that flooded the ancient Buddhist settlement in south India are named for him—but it’s uncertain. He may or may not have been associated with Nalanda, the ancient monastic university, though some accounts claim he was head of the school for a term. Numerous books are attributed to him, but almost certainly, not all were his works. His name is a combination of naga, from the story, and arjuna, meaning hero.

Within Buddhism, Nagarjuna is remembered as the founder of the Madhyamaka school of Buddhist philosophy, which had a deep influence on all of the Mahayana, and especially on Tibetan Buddhism. He is thought to be one of the principal developers of the two truths doctrine. In the Zen tradition, he appears on every lineage chart as the fourteenth ancestor. His influence, both on Buddhist thought and on Buddhism’s narrative of itself, cannot be overestimated.