There is nothing quite like ascending the slope into Larung Buddhist Academy from the rough road to remote Serta. After rounding a narrow bend, the valley opens out and red log cabins, housing monastics, line the surrounding hills on all sides. Two large assembly halls, one for nuns and one for monks, tower above the modest and sometimes makeshift cabins built along winding alleyways. Crowning the ridge is the magnificent Jutrul Temple, a site of daily pilgrimage for visitors and residents alike.

Larung Buddhist Academy (also called Larung Gar) was closed to foreigners for almost a decade following the demolition of a thousand residences and eviction of numerous monks and nuns in 2001. Now, demolitions have begun once again, with as many as half its monastic residents facing eviction. What makes Larung Gar so important? 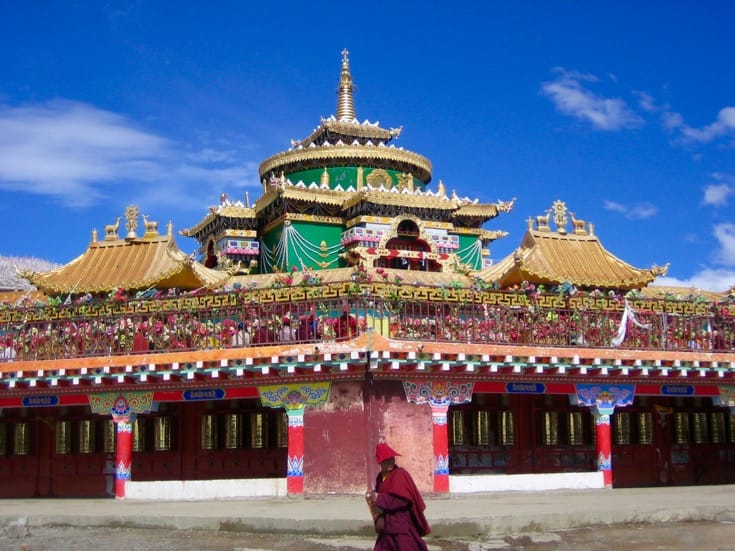 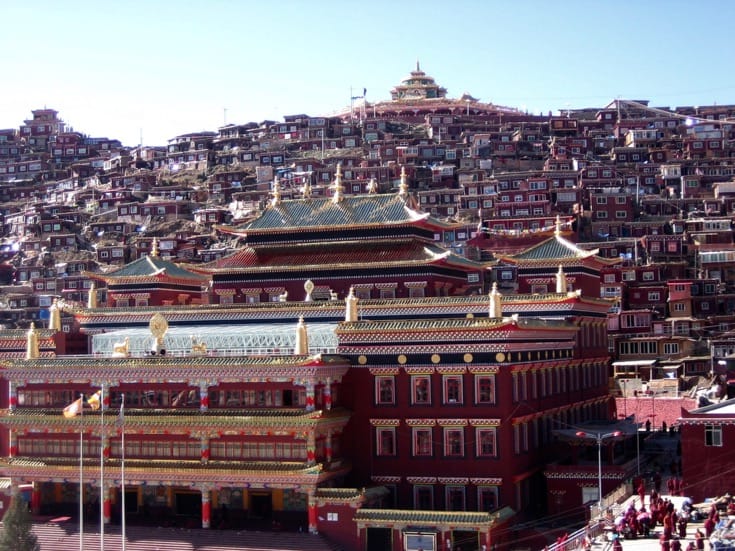 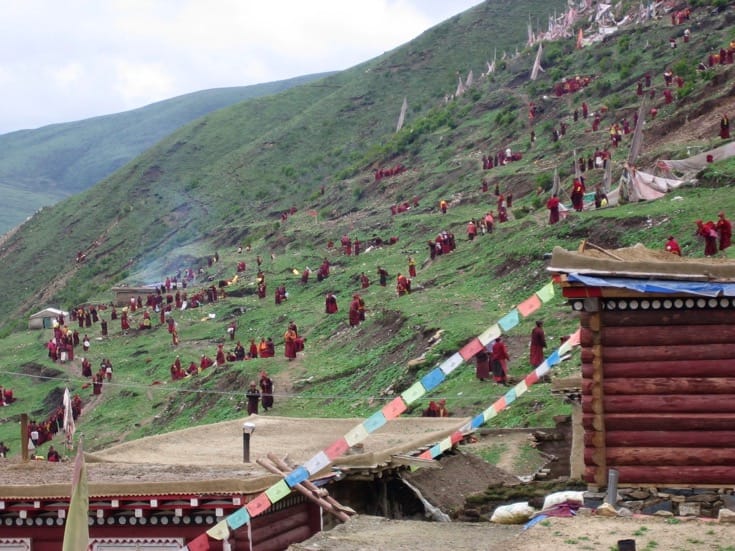 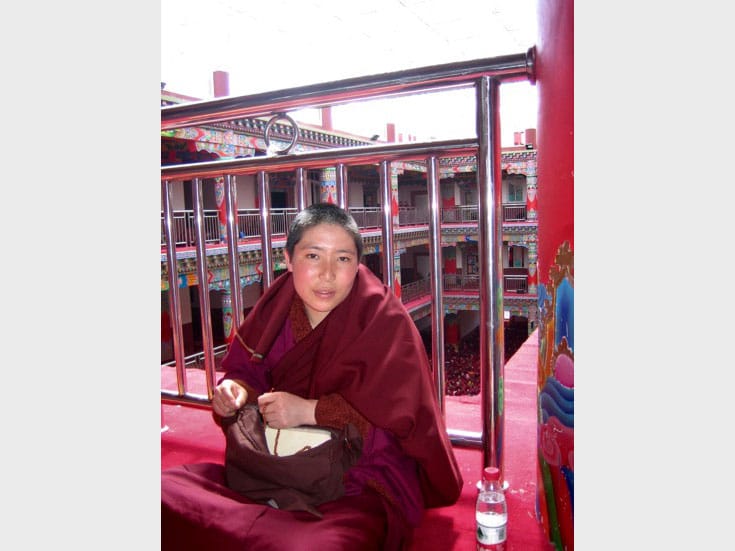 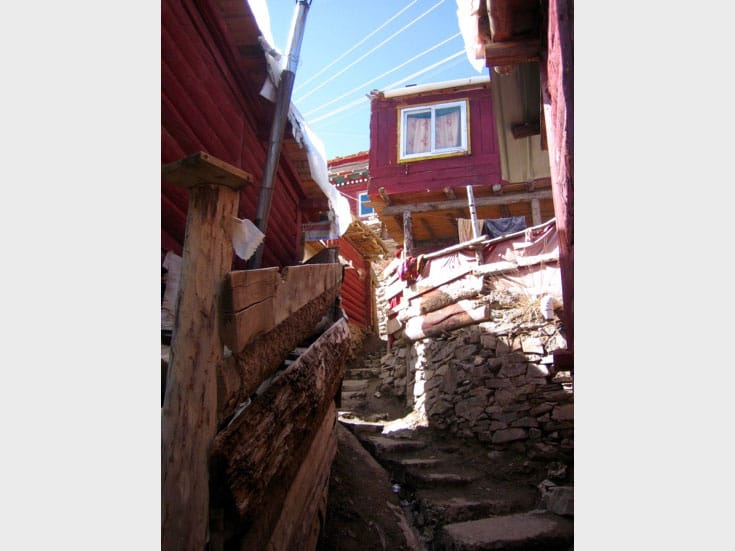 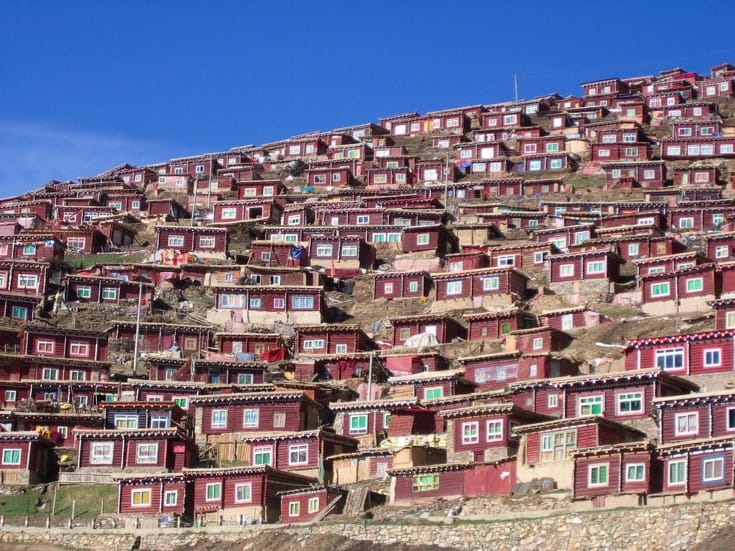 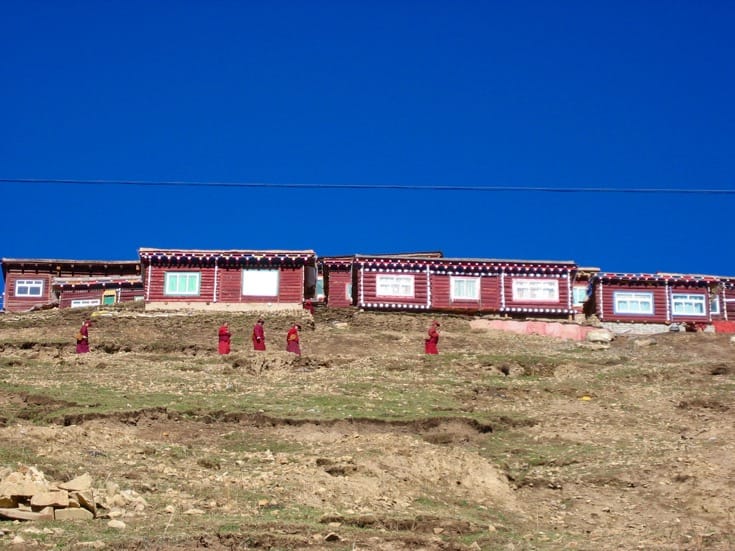 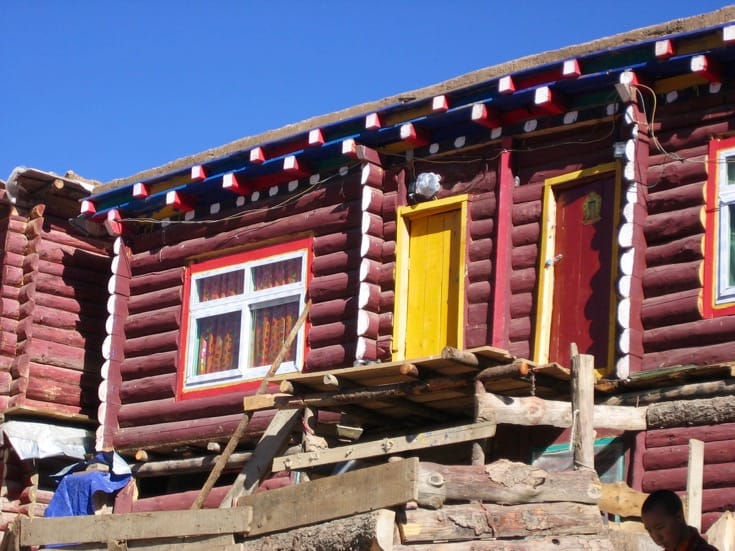 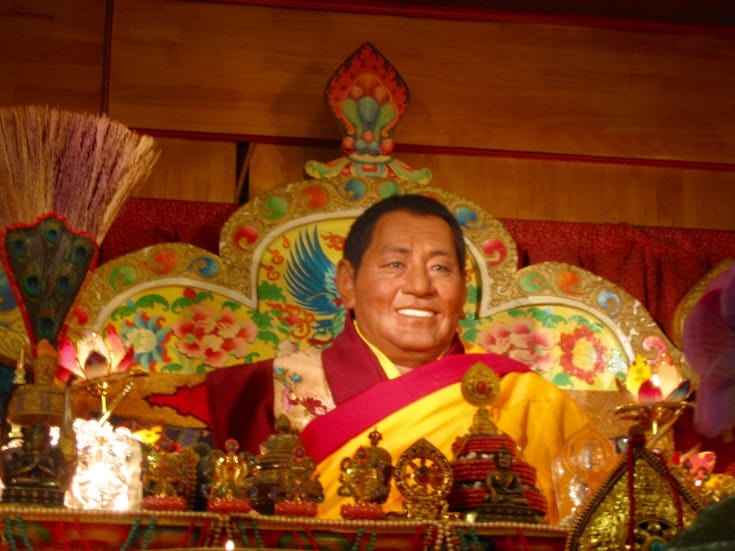 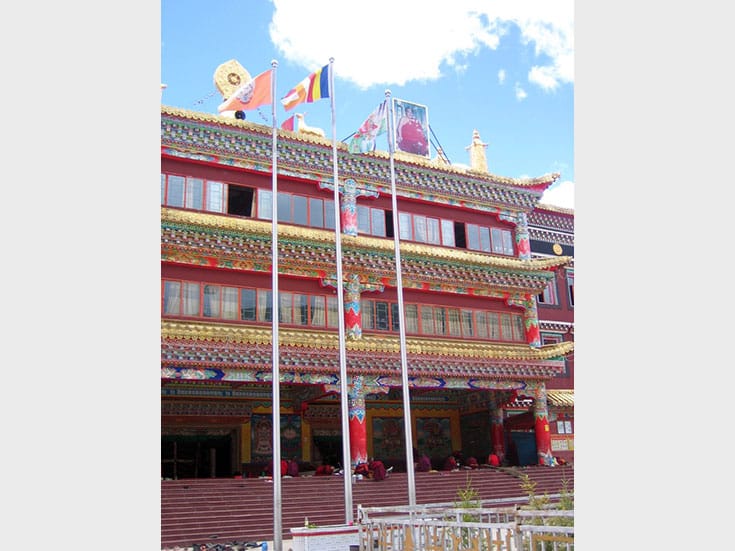 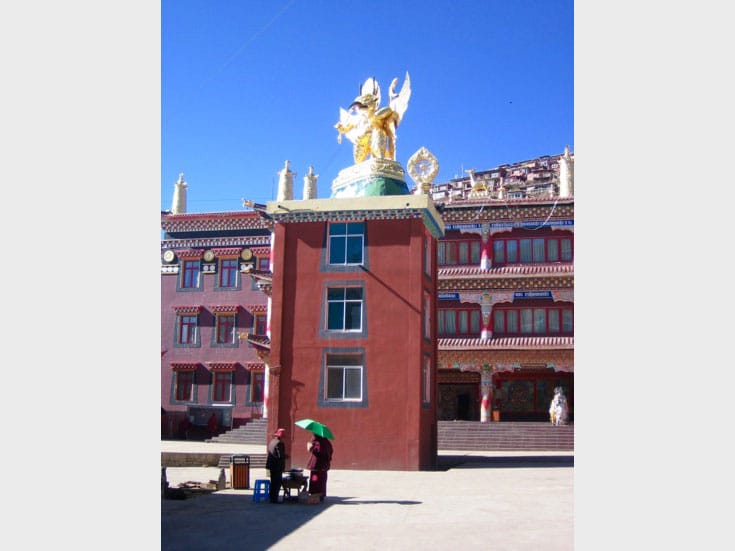 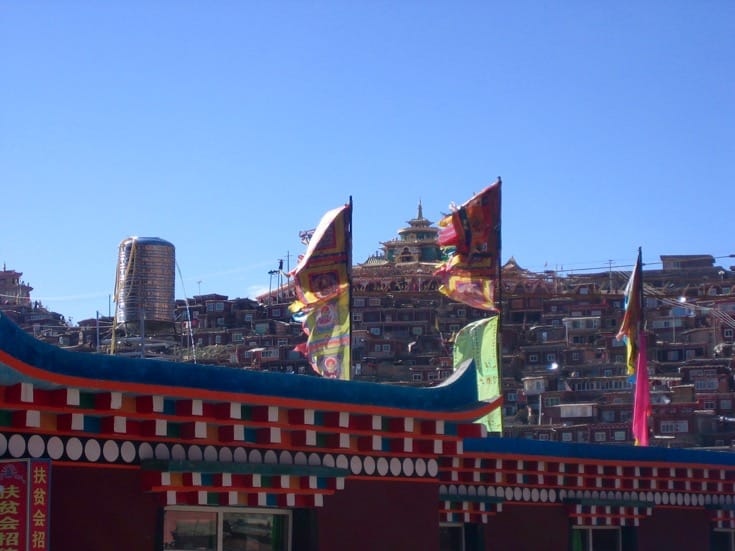 <
►
>
Monastic residences lining one of the hillsides at Larung Gar. Photo by Holly Gayley.

Larung Buddhist Academy has been a major center for the revitalization of Buddhist monasticism and scholastic study on the Tibetan plateau. It was certified as an ecumenical institute in 1987 by the internationally renowned Khenpo Jigme Phuntsok (1933–2004) and has played a major role in producing the current generation of cleric-scholars, or khenpos, who now teach at Nyingma and Kagyu monasteries throughout eastern Tibet.

In recent years, Larung Buddhist Academy has also become the hub of a growing ethical reform movement. One of its leading scholars, Khenpo Tsultrim Lodrö, has vigorously advocated for vegetarianism, served on the front lines of AIDS prevention, promoted the use of Tibetan language, and provided the inspiration behind a new set of ten Buddhist virtues, spreading in nomadic areas surrounding Serta. Addressing animal welfare and social concerns, such as the loss of family wealth to gambling and the threat of AIDS, the new ten virtues include vows not to sell one’s livestock for slaughter; not to drink alcohol, gamble, or smoke; not to visit prostitutes; not to wear fur on the trim of traditional coats; not to fight with weapons; and more.

As a result of the Khenpo’s efforts, many Nyingma monasteries no longer serve meat from their main kitchens, monks and nuns are becoming vegetarian at an unprecedented scale, and many lay Tibetans in the region observe meatless days. All thirty monasteries in Serta have implemented the new ten virtues, which have also spread to neighboring areas in Kandze Prefecture and beyond since at least 2010. Meanwhile, ethical reform is not without its critics, generating controversy in the Tibetan blogosphere due to the economic toll on nomadic families who vow not sell their livestock for slaughter and sometimes strict implementation methods by local monasteries.

Khenpo Rigdar (Rigdzin Dargye), the head disciplinarian at Larung Gar, has promoted non-violence and Tibetan unity in recent speeches and writings. In 2012, he introduced an “amulet for peace,” worn around the neck as a reminder to laymen who take a distinct pledge to abandon fighting among Tibetans. The pledge addresses disputes over grazing rights on the grassland, a major problem in nomadic areas of eastern Tibet.

Read more on the topic by the author: