There’s a powerful force for change in America, says Christian leader Serene Jones, but powerful forces oppose it. It’s a battle that is as much spiritual as political. 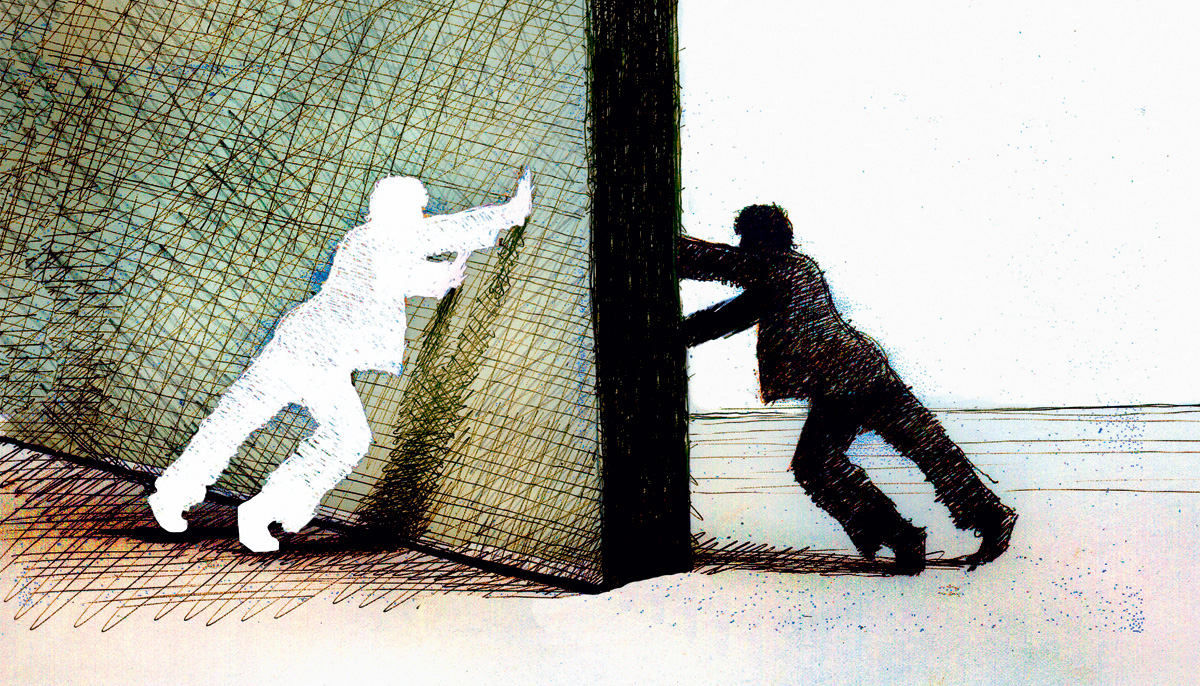 Newly elected leaders such as Alexandria Ocasio-Cortez, Ilhan Omar, Rashida Tlaib, Sharice Davids, Antonio Delgado, Ayanna Pressley, and so many others stand on the front edge of this great wave of change. They represent more than demographic diversity; they seal sweeping change—proudly championing their support for universal health care, a radically envisioned educational system, wholesale immigration and criminal justice reform, curbing the influence of money in politics, and the serious environmental policy that’s desperately needed to confront climate change. These are precisely the kinds of comprehensive policy changes we need to address the grave challenges our nation faces.

But second, the midterm elections also revealed the magnitude of the forces working to stop this wave of change.  The movement to preserve government of the privileged, by the privileged and for the privileged is strong, well-funded, and politically determined. In the weeks preceding the election, divisive messages could be heard at every level, including from the president, who painted a refugee caravan as an invasion of dangerous killers. Overt voter suppression and racist gerrymandering in district after district revealed a clear desire by these forces to curb the influence of voters of color, a disturbing resurrection of some of our nation’s most shameful electoral history.

Since equality is fundamentally a moral and spiritual value, we should not be afraid to mobilize people of moral conscience and of faith to actively fight for it.

Taken together, these two stories reveal, to quote W. E. B. Du Bois, “a nation with a warring soul.” We find ourselves at a crossroads, the future still very much undetermined and long term positive outcomes far from assured. As Michelle Alexander wrote so poignantly in the New York Times last year, “A new nation is struggling to be born, a multiracial, multiethnic, multifaith, egalitarian democracy in which every life and every voice truly matters.”

As the leader of Union Theological Seminary, a historically Christian and increasingly inter-religious school of theology, I have never felt more strongly that, at a spiritual level, each and every one of us is called to serve as midwives to this birth, to usher in the more just future that hovers before us, upon the horizon.

The work of midwifing this change will, yes, require carefully organized and persistent political change and policy transformation.  But it will take more than this. The dysfunction in Washington and our state houses are symptoms of a deeper spiritual malady that plagues our nation. This sickness is revealed in our inability to recognize and honor all people’s sacred worth. Shockingly, it seems we are relitigating fundamental questions about what we owe one another, to the point that many Americans are openly questioning whether all people are entitled to equal protection under the law. The tragic legacy of patriarchal white supremacy is rearing its head, it seems, at every turn.

For example, to combat the influence of racism in American public life, we must once again insist, on moral and religious grounds, that every life is of equal value and must be treated as such. Amidst a disintegrating climate, we must insist, publicly and faithfully, that all life is interconnected and that our existence is inextricably enmeshed with our planet’s delicate ecosystems.

Similarly, when we’re told there isn’t enough money to help the millions of Americans who live in poverty, but we can give billions to the wealthiest among us, we must be vocal about our basic belief that a society’s worth is measured in how we care for the most vulnerable, not how rich the rich get. In all these areas—and more—our nation needs to recall and once again lift up these deep values. Without doing so, the small political changes we accomplish will only be bandages applied to a gaping wound.

The worth of every spiritual tradition that constitutes the religious and moral diversity of our nation will be measured by how each one responds to this urgent call. It is not enough to simply embrace these values in our own hearts or a small corner of our immediate communities. As the Venerable Bhikkhu Bodhi told a gathering of Buddhist activists at Union Theological Seminary last year, we cannot simply “live a life of moral integrity, and cultivate thoughts of loving-kindness and compassion. It’s crucial for us to enter the sphere of action.” He bids us to boldly proclaim the basic values we believe should shape our country.

At such a time as this, well-grounded, inclusive theological education is absolutely crucial. In order to address our country’s deep-seated injustices, we need well-trained spiritual leaders who are capable of articulating and defending these values. Every day, I’m inspired by Union’s students and professors, as together they strive to create wise, compassionate theology that addresses our world’s most pressing concerns with love, and move people to righteous action.

With our new Master of Divinity programs in Socially Engaged Buddhism and Islam & Social Justice, we’ve walked a step closer to creating the kind of multifaith, multiracial, multiethnic coalition we got a glimpse of in the November midterms. We could not be happier to have Lion’s Roar as a partner in this work of reigniting America’s moral conscience. Together we can be midwives to a better world.

Rev. Dr. Serene Jones is president of Union Theological Seminary in New York and Professor for Religion and Democracy. Her forthcoming book is Call It Grace: Finding Meaning in a Fractured World.