John Tarrant discovered that not knowing is the best—and maybe the only possible—response to suffering. 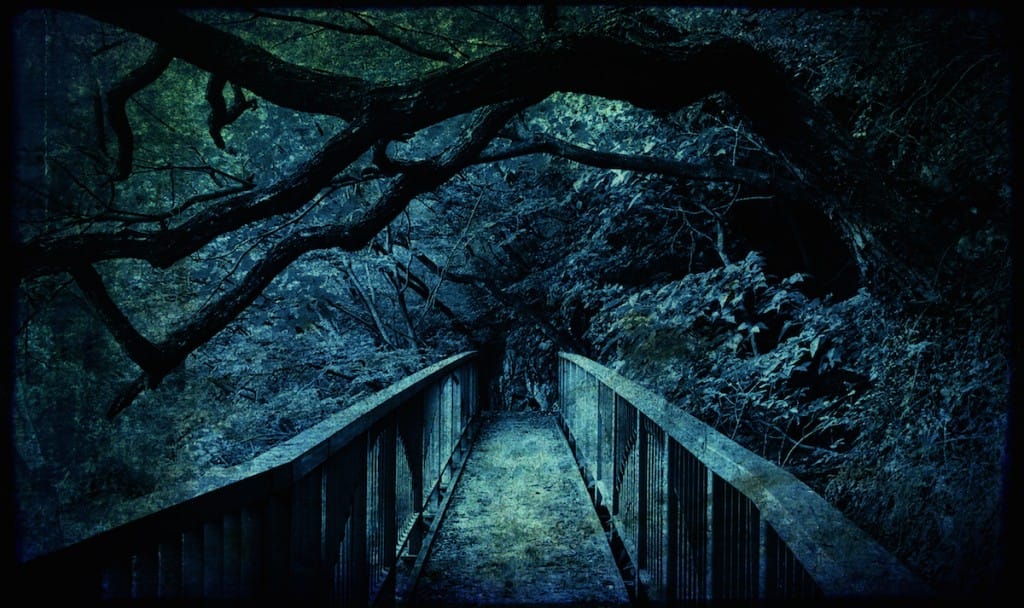 Into this wild Abyss
The womb of Nature, and perhaps her grave—
Of neither sea, nor shore, nor air, nor fire,
But all these in their pregnant causes mixed
Confusedly, and which thus must ever fight,
Unless the Almighty Maker them ordain
His dark materials to create more worlds
—John Milton

When my father was dying I flew home to see him. The streets were bright with autumn sunlight; in the hospice his room was small and windowless (as soon as someone else died he would get a better room—information that made me consider the other patients with an appraising glance). His body, overwhelmed by inward forces of chaos and unregulated cell growth, gave off animal smells. He seemed to be struggling up to the surface of a pool, in pain and at the same time overmedicated. He gazed at me and pretended not to know who I was. I pretended not to know who I was either, we laughed, and that opened a gate to our last time together.

I think of moments of pressure and difficulty as like that—as gateways, the beginning of a journey. Everyone around my father was anxious and sad, and I started to feel that way too. It seemed obligatory, even courteous. As I got to know him in his dying self that week, he was often in pain, sometimes afraid, and I could feel helplessness rising in me.

It’s easy to forget to be curious, and to grab an off-the-shelf knowledge, something like “This is awful.” Not reaching for off-the-shelf understandings, though, is an important skill.

Visitors were often cheerful. My father, though, didn’t want to be told he was looking fine (it all depends on what “fine” means) or treated with anxious kindness. He would play the role of the dying man if he thought that was requested, but when the visitor left he would shrug and go back to his conversations—about when he swam horses across the river, and how he kept trying to make his marriage make sense but didn’t ever find a pattern to it, and sometimes about how discouraged he got in the long night hours. Small details and large meanings. He was just dying, and wanted to live it as far as he could, with whoever showed up. He didn’t like to have a lot of painkillers on board because he wanted to be there for his life.

The whole of the ancient, master teachings on suffering come down to this: Suffering is the notion “This isn’t it,” and its variants, such as “I can’t bear this, it shouldn’t be happening,” and “I have to know how this will turn out,” and “What if it gets worse?”

Freedom, waking up, and fearlessness come down to the simplicity of “Wait a minute, what if this is it?” and its variants “no need to bear it” and “I don’t know.”

The thing to do at the beginning of a journey is to take a step. Any step will do. I have another hospice story: A friend was dying, a family doc in his thirties with a young wife and a young child. I flew in to see him too, and as I walked down the halls of that hospice, I heard voices announcing my arrival. I began to feel grief and a terrible, jittery obligation to make things better. I couldn’t imagine what I could say to help. It became hard to breathe. And as I walked down that hall full of good people, all of us wanting suffering to be relieved and feeling at a loss to bring that about, it was clear that I didn’t even know if my friend would be coherent, or what I would say to him if he were, or if there was any way to help.

This not knowing was a good thing, because it was possible and true and the only door out of the building of pain. Anything else wasn’t possible or real. I burst happily into the hospice room, and my friend asked me to listen to music with him (Richard Strauss’s “Four Last Songs”). He delivered a rhapsody on oxygen, he offered me a swig, and I agreed: Oxygen is a fine, fine thing.

And now, the famous story of Bodhidharma—the red-haired, blue-eyed, pierced and tattooed barbarian from India—and Emperor Wu of China:

“What’s the first principle of the holy teaching?” asks the Emperor.

“Vast emptiness, nothing holy,” says Bodhidharma. “Well, who are you then?”

There’s a layered quality to suffering and intense emotion. As you become interested, a tiny, elf light appears in the darkest dungeon. That’s the gate of emptiness. As you become more interested, you walk deeper into the forest and everything looks different. Sometimes it becomes joyful right away, but it doesn’t need to. It’s become a path and that is enough.

So, no first principles, but a few rules of thumb can be fun:

My father and I still talk sometimes, in dreams and in the spaces opened by a koan. We talk about the weather, what I have in my garden, how my daughter’s doing.