Vuong is the author of On Earth We’re Briefly Gorgeous, a “loosely autobiographical” novel written as a letter from a Vietnamese immigrant son to his illiterate mother. 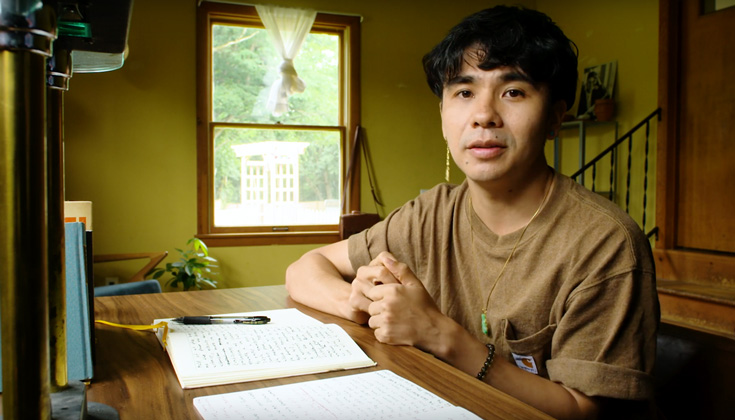 The Vietnamese-American Zen Buddhist poet and novelist Ocean Vuong has been named one of the 2019 fellows of the MacArthur Foundation — the award known as the “Genius Grant,” which honors “extraordinary originality.”

Vuong, 30, is the author of On Earth We’re Briefly Gorgeous, a “loosely autobiographical novel” written as a letter from a Vietnamese immigrant son to his illiterate mother. Vuong is the child of illiterate rice farmers from rural Vietnam and came to the United States as a refugee with his family when he was two. As the MacArthur website reads, his poetry is “infused with the rhythm, cadences, and imagery of rural Vietnamese oral storytelling and folkloric traditions married to a restless experimentation with the English language.”

The MacArthur fellowship “genius grant” awards recipients with $625,000 to be distributed over five years. Vuong is one of the youngest fellows chosen this year, alongside 30-year old artist Cameron Rowland.

In a video posted by the MacArthur foundation announcing Vuong’s fellowship, he speaks to his Zen Buddhist practice.

“In my Zen Buddhist practice, one of the most privileged state of minds is not the expert, it’s not the master, it’s what’s called the beginner’s mind,” says Vuong.

“The beginner’s mind is a mind that approaches the natural world, and the phenomenas within it, with utmost curiosity. And I think one of the most perennial powers of an artistic mind is awe and wonder before the world,” he says.

Vuong is also the author of poetry chapbooks Burnings and No. His first full-length collection of poetry, Night Sky with Exit Wounds, was published in 2016. He is currently an assistant professor in the MFA Program for Poets and Writers at the University of Massachusetts, Amherst.