As a Buddhist chaplain on a Medical ICU, Phyllis Coletta saw the suffering patients and families endured, and decided we all must do better. 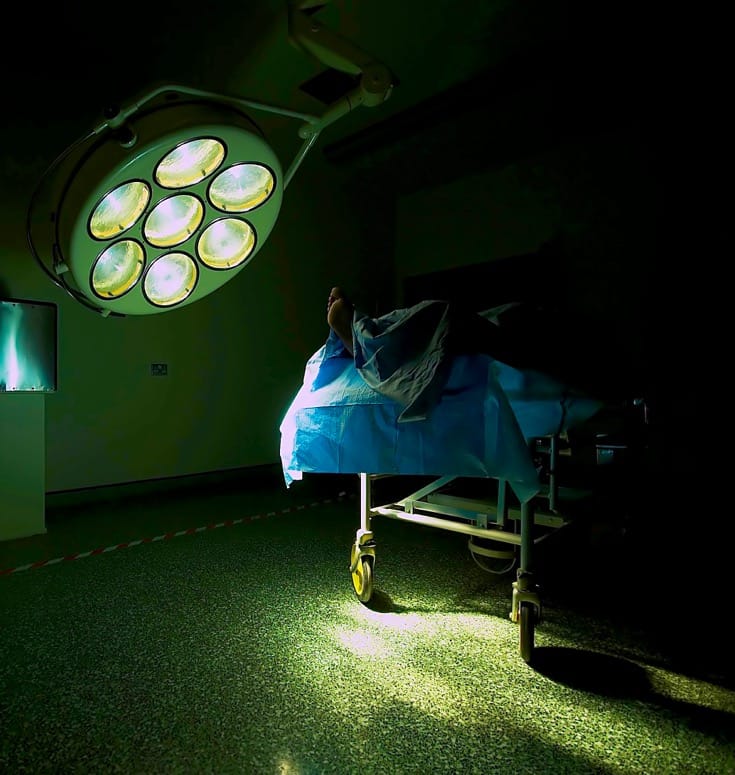 There are no words to describe an intensive care unit death. It is often preceded by barbaric medical interventions. Machines, wires, drugs, and pumps sustain a body until bereft family members find a way to stop the aggressive treatments and let nature take its course, often feeling like they are committing a crime rather than releasing someone from a prison.

When I worked as a Buddhist chaplain in a medical ICU, I was shocked by the suffering every day as families anguished over what to do next. The ICU is no place for siblings or children to have conversations about what a parent or loved one would have wanted. It’s like trying to teach a drowning man to swim. Families — as well as their neighbors, faith communities, and clinicians — would benefit if we could all stop being fearful and address end-of-life care and decisions.

What if we could talk about about end-of-life care over dinner? What if priests and rabbis and pastors fostered values-based “upstream” conversations about how we want to live and die, knowing they are intimately connected? What if it was not taboo to talk about the kind of treatment you want — or don’t want — before you die?

Eighty percent of people want to die at home, but seventy percent die in institutions.

The pain I saw on the ICU was the most excruciating emotional suffering I have ever witnessed. But some of that suffering can be mitigated. When a family truly understands the patient, they can effectively advocate for the kind of death their loved one wants. According to a survey by The Conversation Project, about 80% of people want to die at home, but 70% die in institutions. A study of doctors found that most physicians say they would not want the aggressive end-of-life care that their patients so often endure. The vast majority of people want a mostly pain-free natural ending at home with loved ones. Why shouldn’t they have it?

Physicians and medical machinery can easily overwhelm patients and families. But we can reclaim the process, and instead encourage one another to talk about what we want our dying to look like. The Conversation Project, for instance, is a grassroots vehicle for helping communities have these difficult — though sometimes also joyful and freeing — conversations about life and death. The organization was founded by Ellen Goodman, a Boston-based journalist who felt completely lost when charged with her own mother’s end-of-life care. I serve as the director of the Boulder branch. We seek to foster effective, values-based conversations around life and death, starting in families and communities. Neighborhoods band together to keep their streets safe; they can be powerful change agents on the block. What if we had champions of end-of-life discussion in our neighborhoods and churches?

Katy Butler, best-selling author of Knocking on Heaven’s Door has started a Facebook page called Slow Medicine, which invites doctors to decelerate aggressive interventions in trying to stave off death. She’s also on the advisory board of an OpenIDEO project to inspire innovations for “human-centered design” in reimagining our current experience of death and dying. IDEO is a highly regarded Silicon Valley design company that uses an open innovation platform (OpenIDEO) to effect social change through global conversations. One of its principals was motivated to start this particular OpenIDEO challenge (one of many they do) because of what he experienced when his father died.

The Conversation Project offers a simple tool for talking to loved ones about what matters most to you, in life and in death. Dr. Atul Gawande has written a bestselling memoir, Being Mortal: Medicine and What Matters in the End, which fearlessly examines how barbaric our treatment of dying patients can be. PBS featured him and other physicians on a Frontline special, well worth watching, about how clinicians struggle with talking to patients about dying.

Fifty percent of us will be unable to make decisions about end-of-life treatment. So now, while we can, we just need to open our hearts and start talking to those who will. I want to spare my three boys the anguish inflicted on families by fear or aggressive medical treatment. I’d like them to be with me as I move out of this life, untethered to machines or specialists, their loving arms catching me as I fall.

Phyllis Coletta is a a freelance writer, healthcare administrator, and Zen Buddhist chaplain. Her latest book is Radical Joy: How to Live Like There's No Tomorrow. Her website is www.phylliscoletta.com.