From global ethics to Buddhist practice — our recommendations from the Dalai Lama’s vast and varied body of writings. 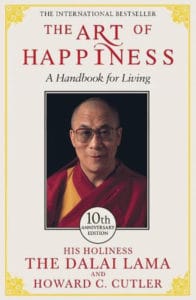 The Art of Happiness

In the Dalai Lama’s best-selling book, he sits down with Dr. Howard Cutler to explore the keys to happiness in the face of life’s obstacles. From anxiety, anger, and discouragement to relationships and loss, the Dalai Lama shows how we can find inner peace amid the problems of modern life. 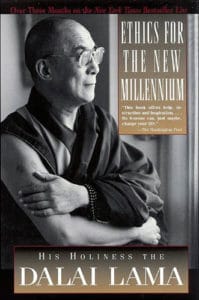 Ethics for the New Millennium

The Dalai Lama offers a moral philosophy based on universal rather than religious principles. Its ultimate goal is happiness for every individual, irrespective of religious beliefs. Arguing for basic human goodness, he points out that the number of violent or dishonest people is tiny compared to the vast majority who wish others well. 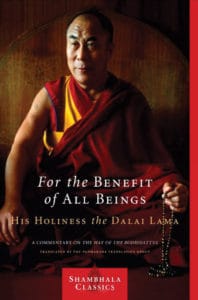 For the Benefit of All Beings: A Commentary on The Way of the Bodhisattva

The Way of the Bodhisattva by Shantideva is one of the best-loved texts of Mahayana Buddhism and a particular favourite of the Dalai Lama’s own Buddhist tradition. With this classic text as his guide, he shows how all of us can develop a good heart and aspire to become enlightened for the sake of all beings. 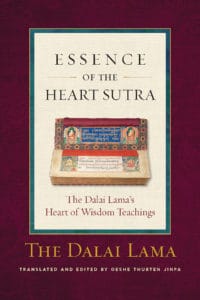 The Essence of the Heart Sutra

The Heart Sutra is a core text of Mahayana Buddhism, proclaiming its central doctrine that all things are empty of self. The Dalai Lama offers his commentary on the Heart Sutra and places the text in historical and philosophical context. Since the Dalai Lama’s Gelugpa school specializes in the philosophy of emptiness, this is an authoritative discussion of one of the world’s foundational religious texts. 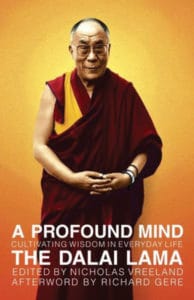 In Buddhism, wisdom is defined as the realization of non-self. The Dalai Lama unpacks the Buddhist view of emptiness and explains why it helps us lead a more meaningful, happy, and loving life. Using the rigorous logic for which he is famous, he takes us on a step-by-step journey to understanding the reality of selflessness. 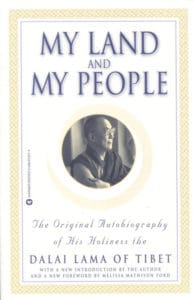 My Land and My People

The Dalai Lama’s first autobiography, My Land and My People, was published in 1962, just three years after he reestablished himself in India and before he became an international celebrity. His second autobiography, Freedom in Exile, was released in 1990. The Dalai Lama regards both as authentic and reissued My Land and My People in 1997 to coincide with the release of the film Kundun, saying, “The sense of immediacy and urgency in my writing then would be difficult to recreate today.” 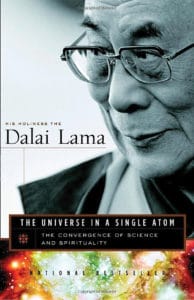 The Universe in a Single Atom: The Convergence of Science and Spirituality

Discussing Darwinism, quantum mechanics, neurobiology, meditation, and the study of consciousness, the Dalai Lama draws significant parallels between the scientific and contemplative examinations of reality. His conclusion is that these different approaches to understanding ourselves, our universe, and one another can be brought together in the service of humanity. 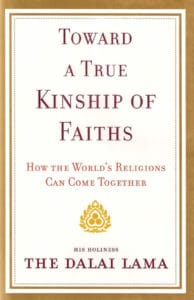 Toward a True Kinship of Faiths

Interfaith harmony, the Dalai Lama argues, does not require accepting that all religions are fundamentally the same or that they lead to the same place. He shows how believers can be pluralist in relation to other religions without compromising their commitment to their own faith. 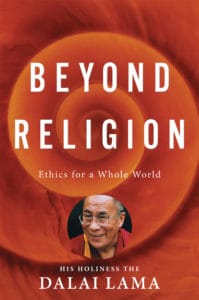 Beyond Religion: Ethics for a Whole World

The Dalai Lama is one of the world’s most famous religious leaders, yet he often advocates a nonreligious path to an ethical, happy, and truly spiritual life. Transcending the religion wars, he outlines a system of ethics for our shared world and makes a stirring appeal for deep appreciation of our common humanity. 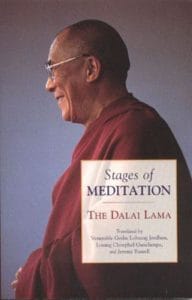 The Dalai Lama explains the principles of meditation in a practice-oriented format especially suited to Westerners. Topics include the nature of mind, developing compassion and loving-kindness, and how to establish a union of calm abiding and insight. He draws on a favorite text that he calls” a key that opens the door to all other major Buddhist scriptures.” 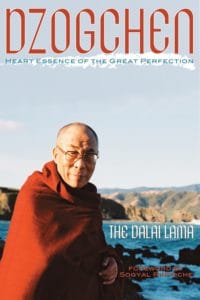 The Dzogchen teachings are the heart essence of the ancient Nyingma tradition of Tibetan Buddhism. Exploring this esoteric subject in print for the first time, His Holiness offers insights into one of Buddhism’s most profound systems of meditation. He discusses both the philosophic foundations and practices of Dzogchen and explains why it is called “the pinnacle of all vehicles.” 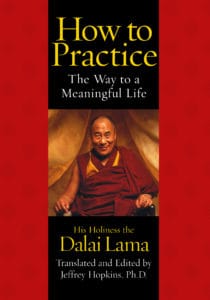 How to Practice: The Way to a Meaningful Life

Buddhism is often described as the practice of samadhi, prajna, and shila—meditation, wisdom, and morality. The Dalai Lama breaks down the Buddhist path into a series of distinct steps we can take to practice these three components of enlightenment. This accessible book will help you open your heart, refrain from doing harm, and maintain mental tranquility. 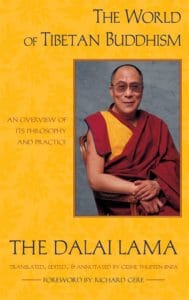 The World of Tibetan Buddhism: An Overview of Its Philosophy and Practice

In this book, the Dalai Lama delivers a survey of the entire Buddhist path that is both concise and profound, accessible and engaging. He writes, “I think an overview of Tibetan Buddhism for the purpose of providing a comprehensive framework of the path may prove helpful in deepening your understanding and practice.” 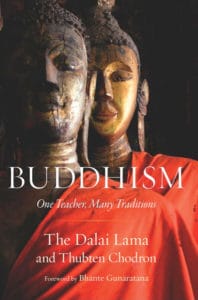 Buddhism: One Teacher, Many Traditions

The Dalai Lama joins with American Buddhist nun Thubten Chödrön to map out the convergences and the divergences between the Mahayana and Theravada schools of Buddhism. They examine the different ways these traditions treat foundational Buddhist principles such as the four noble truths, meditation practice, and the meaning of enlightenment. 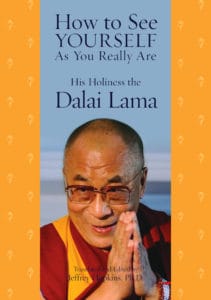 How to See Yourself as You Really Are

The Dalai Lama explains how we recognize and dispel misguided notions of self and embrace the world from a more realistic—and loving—perspective. Through step-by-step exercises, His Holiness helps readers see the world as it actually exists and explains how, through the interconnection of meditative concentration and love, true altruistic enlightenment is attained. 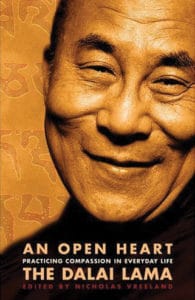 How does one actually become a compassionate person? What are the mechanisms by which a selfish heart is transformed into a generous heart? In An Open Heart, the Dalai Lama writes simply and powerfully about the everyday Buddhist practice of compassion, offering a clear and practical introduction to the Buddhist path to enlightenment.