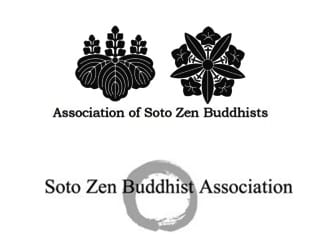 A jointly released formal statement was issued Monday evening, characterized as a “Zen Buddhist perspective on the climate emergency, expressing deep concern and pointing towards actions to halt and reverse climate change.” The statement is “signed by Rev. Gengo Akiba, who serves as sokan (or bishop) of the Japanese Sotoshu (or School) in the U.S., and as head of the Association of Soto Zen Buddhists (ASZB), representing more than 100 Zen priests authorized by Shotoshu headquarters in Japan. It is jointly signed by Rev. Hozan Alan Senauke, president of the Soto Zen Buddhist Association (SZBA), representing western Zen priests recognized in North America. This is the first time these organizations have collaborated on an urgent social issue.” The statement was created “to spur a wider discussion in Zen centers and communities, as well as encouraging denominations and religious communities of all faith traditions to express themselves about the fate of the earth.” It follows here, and may also be viewed or downloaded in PDF form at the SZBA website.

A WESTERN SOTO ZEN BUDDHIST STATEMENT ON THE CLIMATE CRISIS

As Buddhists, our relationship with the earth is ancient. Shakyamuni Buddha, taunted by the demon king Mara under the Bodhi Tree before his enlightenment, remained steady in meditation. He reached down to touch the earth, and the earth responded: “I am your witness.” The earth was partner to the Buddha’s work; she is our partner, as we are hers.

From the Buddha’s time, our teachers have lived close to nature by choice, stepped lightly and mindfully on the earth, realizing that food, water, medicine, and life itself are gifts of nature. The Japanese founders of Soto Zen Buddhism spoke with prophetic clarity about our responsibility to the planet and to all beings. In Bodaisatta Shishobo/The Bodhisattva’s Four Embracing Dharmas, Dogen Zenji, the founder of Japanese Soto Zen, wrote:

To leave flowers to the wind, to leave birds to the seasons are the activity of dana/giving.

Keizan Zenji, a Zen successor of Dogen, built two temples in the remote woodlands of the Noto Peninsula. In 1325 he protected the local environment, writing:

Ever since I came to live on this mountain… I have particularly enjoyed the presence of the pine trees. This is why, except on festival days, not a single branch must be broken off. Whether they are high on the mountain or in the bottom of the valley, whether they are large or small, they must be strictly protected.

In early December of 2015, the United Nations climate conference in Paris, including governments, activists, and religious leaders, took a remarkable step to set goals and provide initial resources to address the crisis. Their agreement promises to hold global warming under two degrees Celsius and to move towards a net-zero level of human-made greenhouse gas emissions. We praise their collective efforts while acknowledging that this will not be enough.

Today it is our responsibility as Buddhists and as human beings to respond to an unfolding human-made climate emergency that threatens life. There is an uncontestable scientific consensus that our addiction to fossil fuels and the resulting release of massive amounts of carbon has already reached a tipping point. The melting of polar ice presages floods in coastal regions and the destabilization of oceanic currents and whole populations of sea life. Disappearing glaciers around the world promise drought and starvation for many millions living downstream. Severe and abnormal weather bring devastating hurricanes and cyclones around the world. Eminent biologists predict that petroleum-fueled “business as usual” will lead to the extinction of half of all species on Earth by the close of the twenty-first century.

In May 2015, a Buddhist declaration on climate change, “The Time To Act Is Now,” was presented at a White House meeting with U.S. President Barack Obama’s staff. In part, the statement says:

Many scientists have concluded that the survival of human civilization is at stake…There has never been a more important time in history to bring the resources of Buddhism to bear on behalf of all living beings. (Buddhism’s) Four Noble Truths provide a framework for diagnosing our current situation and formulating appropriate guidelines—because the threats and disasters we face ultimately stem from the human mind… Our ecological emergency is a larger version of the perennial human predicament. Both as individuals and as a species, we suffer from a sense of self that feels disconnected not only from other people but from the Earth itself. As Thich Nhat Hanh has said, “We are here to awaken from the illusion of our separateness.” We need to wake up and realize that the Earth is our mother as well as our home—and in this case the umbilical cord binding us to her cannot be severed. When the Earth becomes sick, we become sick, because we are part of her.

Soto Zen Buddhists stand side by side with compassionate people of all religious traditions. Our Precepts resonate with the natural and universal morality of all beings. Our second Precept is “not to steal” or “not to take what is not freely given.”

This Precept speaks directly to the climate emergency. It is our responsibility as living beings on this earth to be mindful of the needs of the earth’s being by not depleting the lives of beings with whom we share this earth through our desire to serve ourselves. This greed is the act of taking what is not given; it is the mind of seeing things as existing for our own use. Our world is dependent upon the activity of all beings. If we do not sustain each and every thing, we are stealing their lives and ultimately stealing our own life.

Violating the Precept of not stealing is a systemic matter, an expression of structural violence. The unfolding effect of a petroleum-fueled world heralds sickness, death, and social chaos — first to the world’s poor who are most vulnerable. Very soon it will knock on every door.

Buddhist philosopher and activist Joanna Macy writes of the necessity for a paradigm shift, what she calls the “Great Turning.”

The Great Turning is a name for the essential adventure of our time: the shift from the industrial growth society to a life-sustaining civilization.

The essence of Zen practice—in its deep stillness and in its manifestation in everyday activity—moves towards the life-sustaining culture we yearn for.

Since the 1990s the Japanese Soto Zen School (Sotoshu) has maintained a clear focus on environmental concerns. In Japan, Soto Zen’s Green Plan has reached a network of more than fifteen thousand temples, encouraging study, conservation, reforestation, and sustainability in energy use and agriculture. “Five Principles of Green Life” provide a basis for these efforts:

· Protect the green of the earth; the earth is the home of life.

· Do not waste water; it is the source of life.

· Do not waste fuel or electricity; they are the energy of life.

· Keep the air clean; it is the plaza of life.

· Co-exist with nature; it is the embodiment of Buddha.

In our Zen centers and temples here in the United States, teachers and practitioners join hands with Soto Zen Buddhists in Japan and with people of all faiths. Many of our communities are converting to solar, radically cutting water use, and investing our modest funds in sustainable industries that do no harm to humans, animals, or the environment. We encourage our members and friends to act with generosity, nonviolence, and mindful effort to protect all life. We encourage friends to speak “truth to power” that political and business leaders know we care passionately about the fate of the earth and that all of us are accountable.