The Abhidhamma, says Bhikkhu Bodhi, breaks open how the mind works, what cognition is, and how there can be thoughts without a thinker. 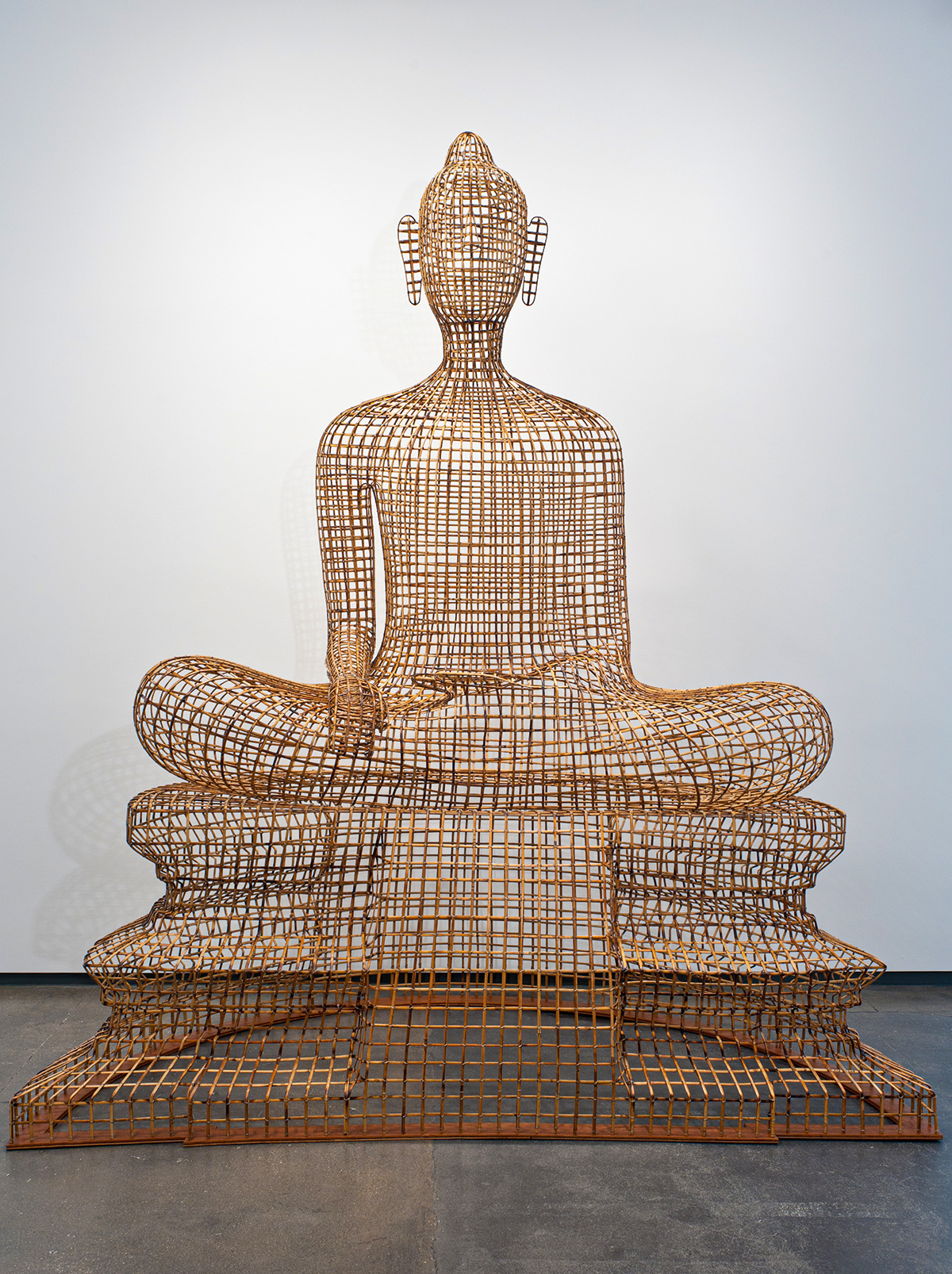 The Upanishads, the late Vedic texts that preceded the rise of Buddhism, proclaimed the supreme aim of the contemplative quest to be the realization of the atman, the immortal self, the ultimate subject that remains unchanging behind the flux of experience. The atman, these texts declare, is essentially identical with brahman, the changeless ground and source of the manifest universe. The task of contemplation is to discover this nondual identity, and this realization is itself the key to immortality.

This quest relegated the actual person, the empirical self, to a secondary status. For the Upanishads, people in their individual being are mere ephemeral phenomena covering up the changeless reality, the atman–brahman, which stands silent beyond the range of thought and speech. When the Buddha appeared on the Indian scene, his revolutionary teaching of anatta, “nonself,” turned the atman project upside down. The Buddha denied that any persisting self could be found among or behind the factors of experience. He taught that all the components of experience, including consciousness itself, are to be seen with proper wisdom as anatta—as not an atman—that is, as “not mine, not I, not my self.”

In the Abhidhamma, the apparent continuity of the mind is microscopically dissected and revealed to be an illusion.

This move had the effect of redirecting attention away from the search for an ineffable self and toward the mind in its concrete actuality. The Buddha’s own focus on the mind was primarily pragmatic. The mind, he said, is the source of harm and suffering, of well-being and happiness, and the task he assigns us is to cultivate and liberate the mind, which requires an understanding of the mind’s inner workings. Over several generations, the emphasis on psychological inquiry in the early texts inspired the Buddhist scholarly elite to undertake a process of relentless analysis, classification, and systematization that could encompass experience in its entirety. In time, this effort culminated in a new expression of the Buddha’s teachings known as the Abhidhamma, probably developed to demonstrate how experience is possible even in the absence of an enduring subject of cognition.

The Abhidhamma is a systematic formulation of the Dhamma that aspires for maximum precision and completeness. Several early Buddhist schools had their own Abhidhamma, but the only one that has survived down to the present as a living tradition is the system maintained by the Theravada school. The Theravada Abhidhamma is rooted in the seven books of the canonical Abhidhamma, their commentaries, and generations of treatises composed in south and southeast Asia.

The Abhidhamma offers a perspective quite different from our ordinary view of the mind. In our ordinary thinking, we conceive the mind to be a single persistent entity that retains its identity, even through numerous changes. In the Abhidhamma, however, the apparent continuity of the mind is microscopically dissected and revealed to be an illusion superimposed on a sequence of discrete evanescent acts of cognition called cittas. The cittas arise and vanish in succession with incredible rapidity. The interdependent succession of cittas replaces the metaphysical self found in philosophy and the personal self of everyday thought. It is the procession of cittas that shows how there can be thoughts without a thinker, emotions without a subject, and actions without a motivating agent.

Though these momentary acts of cognition are of diverse kinds, they do not occur at random but are linked by precise laws of conditionality. Seen close up, the stream of mental events alternates between two phases. One phase consists of cittas that occur within a cognitive process. These are the cittas that actively cognize the objects of experience and initiate responses to them—responses that create kamma. The other phase consists of cittas that occur outside the cognitive process, flowing in a passive stream below the threshold of awareness. This passive flow, called the bhavanga, or “life-continuum,” is the fundamental ground for all mental activity, the base level of mind pertaining to a particular lifetime.

The active and passive phases of mind succeed one another ceaselessly within the mental continuum. When a sense object impinges on a sense faculty, or when a mental object appears to introspection, an active process begins that discerns the object and responds in a way largely determined by how we evaluate it. When the active process ends, the bhavanga resumes its passive flow until another object appears, at which point the bhavanga is cut off and another active process begins. According to the Abhidhamma, during waking life this oscillation between the two phases occurs hundreds of times per second, but in deep, dreamless sleep the bhavanga flows uninterrupted.

One of the projects that the Abhidhamma undertakes is to construct a map revealing the entire topography of conscious experience, taking the cittas as the basis for classification. To fulfill this purpose, the Abhidhamma distinguishes cittas into a variety of types using two primary schemes of classification: the distinction of cittas by way of plane and the distinction of cittas by way of ethical quality. These two schemes intersect, creating an immensely complex typology of cittas.

The planes of citta correspond to the planes of existence posited by Buddhist cosmology. Buddhism divides the sentient cosmos into three realms. The lowest is the sense-sphere realm, which includes the hells, the animal kingdom, the spirit world, the human world, and the sense-sphere heavens. Above the heavens is the fine-material realm, a multitude of planes inhabited by beings whose basic mode of experience is that of meditative bliss and tranquility. Still higher is the nonmaterial realm, which contains four planes whose inhabitants are utterly destitute of material bodies; their basic mode of experience is that of meditative equanimity. All these planes of existence, however exalted, belong to samsara, the round of rebirths, within which sentient beings, propelled by ignorance and craving, migrate from one state to another. Beyond all realms of conditioned existence is nibbana, the unconditioned, that brings liberation from the cycle of repeated birth and death.

The cittas that belong to a particular plane are typical of the corresponding plane of existence; they are the cittas that habitually occur in that realm. Thus mind-states governed by greed are sense-sphere cittas because they are typical of beings in the sensory realm, but these cittas can also occur in beings of the fine-material and nonmaterial realms. The cittas typical of beings existing in the fine-material realm occur at the level of the jhanas, stages of deep meditative absorption, but a human being who attains a jhana experiences, within the jhana, cittas of the fine-material plane while still existing in the human state, which belongs to the sensory realm. The same applies to meditators who attain the nonmaterial absorptions: these absorptions consist of nonmaterial-sphere cittas, which are typical of the nonmaterial plane of existence.

Since life in all realms of conditioned existence is unstable, flawed, and beset by suffering, the ultimate aim of the Buddhist path is to break the bonds that tie us to the round of rebirth and attain nibbana, the state of transcendent liberation. The liberating attainment is represented by the cittas of the fourth plane, the world-transcending plane. This plane includes two types of cittas, called “the paths” and “the fruits,” each occurring at four levels corresponding to the four stages of spiritual nobility: stream-entry, once-returning, nonreturning, and arahantship. The path and fruit cittas directly experience nibbana as their object of realization. The cittas of the four paths have the function of cutting off the fetters that bind us to the round of rebirths; their corresponding fruits have the function of experiencing the release that occurs with the cutting of the fetters. The citta of the fourth path, the path of arahantship, eradicates the subtlest defilements, while the citta of the fourth fruit, the fruit of arahantship, experiences the bliss of unshakable liberation.

Greed, hatred, and delusion, as roots, are each associated with a “family” of defilements. For instance, greed is associated with conceit and distorted views; hatred with envy, miserliness, and regret; and delusion with doubt, restlessness, dullness, and drowsiness. The task of meditative cultivation is to restrain and debilitate the mental defilements so that they may ultimately be cut off at the root, which is the task of wisdom.

The fourth class of cittas is called kiriya, which might be rendered as “functional.” Cittas of this type are neither karmically active nor karmic resultants, but like the resultants they are ethically indeterminate, neither wholesome nor unwholesome. As their name suggests, these cittas perform various functions in the process of cognition. Some functional cittas do not contain any roots and are thus called “rootless.” Other functional cittas—the mental activities of arahants, liberated beings—are rooted in non-greed, non-hatred, and non-delusion, but because they do not create kamma, they are not classified as wholesome but as “beautiful functional” cittas.

While the map of the mind described in the Abhidhamma may seem abstract and purely theoretical, this complex scheme is always subordinate to the goal of the Buddha’s teaching and thereby serves a practical purpose. Behind its complexity, the Abhidhamma classification offers us three simple guidelines, which correspond to the well-known summary of the Dhamma: “Abstaining from all evil, developing the wholesome, and purifying one’s own mind—this is the Buddha’s instruction.”

First, the Abhidhamma lays bare the unwholesome states of mind that ripen in suffering, lead to rebirth in the lower realms, and bind us to the round of rebirths. These are the cittas from which all evil originates, and thus the cittas that must be controlled and eliminated. Second, it shows the wholesome states of mind that motivate good conduct—states that bring inner happiness, lead to rebirth in higher realms, and establish the supporting conditions for liberation. And third, the Abhidhamma system shows how the cultivation of wholesome qualities purifies the mind, culminating in the world-transcending cittas, the paths and fruits that lead out from the round of rebirths to the final liberation of nibbana.