We take a closer look at the art featured in the Fall 2018 issue of Buddhadharma: The Practitioner’s Quarterly. 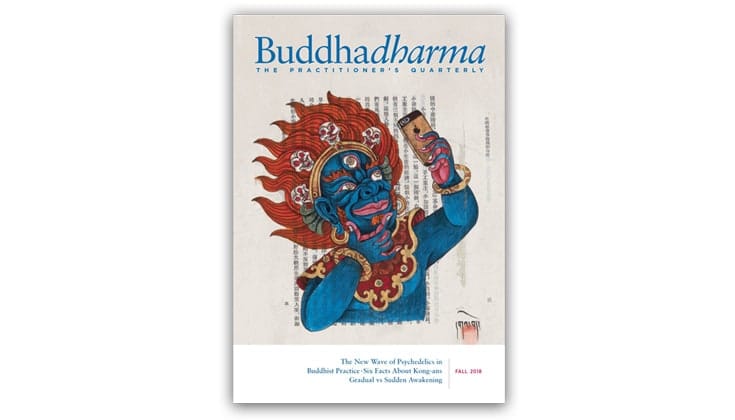 On this issue’s cover, the wrathful deity Mahakala takes a selfie—ritual objects, once used as a means of communicating with the gods, are replaced with an iPhone, all against a backdrop of quotations from Mao Zedong’s Little Red Book. This is the unmistakable work of Lhasa-based painter Gade, whose work juxtaposes traditional symbolism and iconography with the capitalist culture that has permeated contemporary Chinese and Tibetan society. Born to a Tibetan mother and a Han Chinese father, he straddles two worlds: “My generation has grown up with Thangka painting, martial arts, Hollywood movies, Mickey Mouse, Charlie Chaplin, rock ‘n’ roll, and McDonald’s. We still don’t know where the spiritual homeland is.”

The gallery Rossi & Rossi (London and Hong Kong), which represents the artist Gade, has established itself as a pioneer in the development of contemporary Asian art—attracting major museums and private collectors worldwide. They have very generously made a number of extraordinary works available to Buddhadharma over the years. See more of Gade’s work on the Rossi & Rossi website. 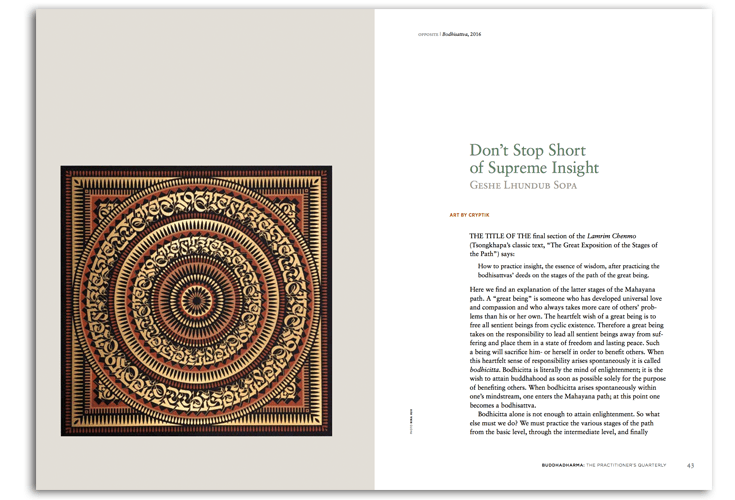 In the artist Cryptik’s paintings, Buddhist and Hindu mantras merge with cholo graffiti writing in an attempt to conjure the sacred power of the written word. The results, which can be found throughout Los Angeles as sprawling urban murals and on gallery walls, are a mix of mathematical precision and a unique style of calligraphy he describes as “my own stylized version of English—a combination of Sanskrit, Hebrew, Arabic, and Hindi with a twist of gang graffiti.” 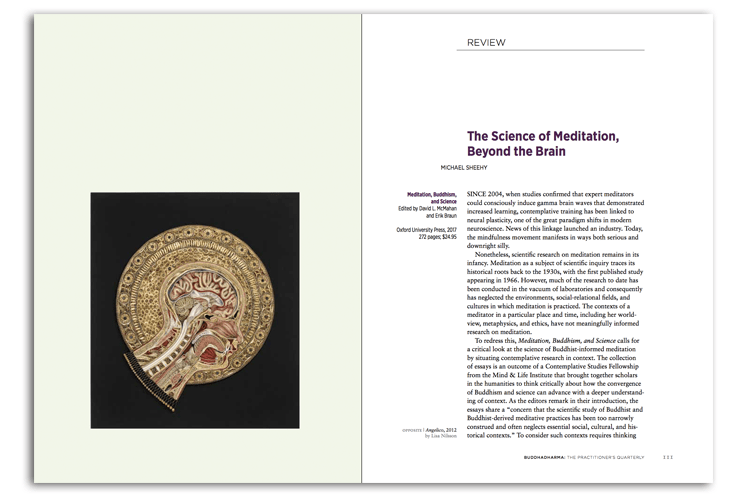 Lisa Nilsson expresses her lifelong interest in anatomy and “cool-looking medical things” through a process called quilling. The image on page 110—her presentation of a “midsaggital section of the head of an angel”—is made completely of small strips of paper.