Vishnu Sridharan points out a blind spot in Western Buddhism — South Asia is exoticized, while Buddhism’s origins in South Asian culture are ignored. 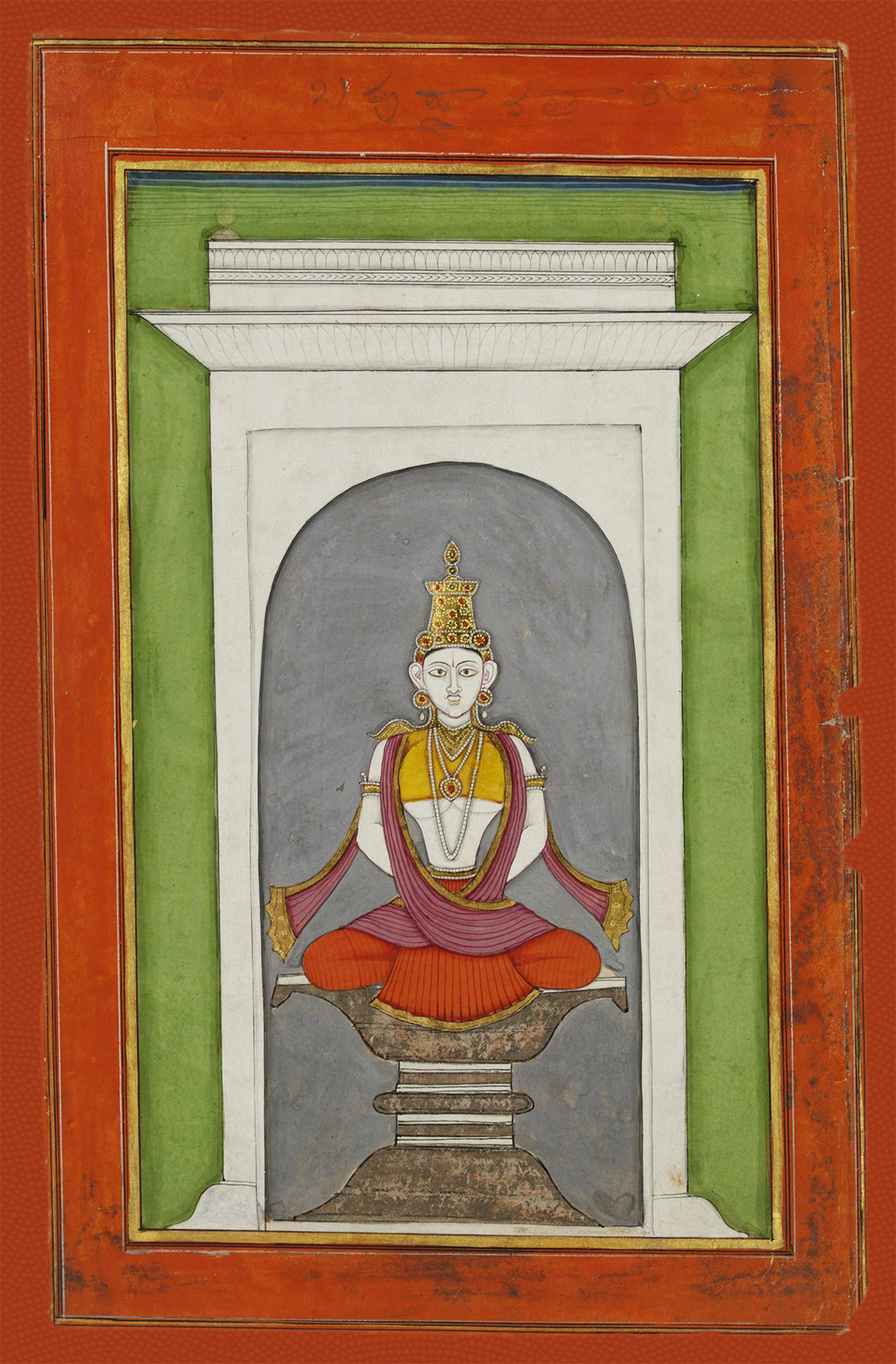 Growing up, I perceived a close affinity between Hinduism—the religion of my ancestors—and Buddhism. Not only were both traditions rooted deeply in the soil of South Asia, but I had always been taught that the Buddha was the ninth avatar of Vishnu, the traditional Hindu preserver and protector of the universe (as well as my namesake). Given this, engaging with Buddhism felt like a natural part of my spiritual journey. Once I began participating in Western Buddhist circles, though, I encountered a mix of fetishization and hostility toward Buddhism’s South Asian roots that led me to wonder whether I was misunderstanding Buddhism, or whether the Western Buddhists I was practicing with were misunderstanding me.

Among the first things I noticed during my early forays into Western Buddhism, particularly the Insight tradition, was that the sanghas were made up almost exclusively of white practitioners. I grew up in predominantly white, rural areas, so this alone didn’t bother me. It did seem odd, however, that in the Bay Area—home to one of the largest South Asian diasporas in the country—an assembly of people interested in practicing Buddhism would include roughly one person of South Asian descent: me. This overwhelming whiteness of my practice communities was more than just a point of curiosity; it had considerable impact on my experience of practice. I rarely got through a silent retreat without at least one person, if not multiple people, treating me as an exotic specimen. To this day, I regularly deal with such microaggressions—comments on the “beauty” and “power” of my name, for instance, or the “aura” I supposedly emanate. Worse, though, is the extent to which even dharma teachers fetishize South Asia. When a teacher at the front of the hall feels it is acceptable to try out an offensive (and inaccurate) Indian accent while relaying teachings from the Dalai Lama, to give one example, the potential for transforming the sangha into a safer space seems slim.

By failing to acknowledge Buddhism’s roots, Western Buddhist sanghas run the risk of not only alienating South Asians but also missing the depth of Buddhist practice itself.

Even though teachers and practitioners in the Insight tradition at times interact with me in ways I find unskillful, I take this burden on as simply another part of my practice. The challenges of being South Asian in a Western sangha don’t stop with interpersonal dynamics, however. What I find most troubling is the presentation of the teachings themselves. Given the shared roots of Hinduism and Buddhism, I am shocked to see the time, place, and prevailing beliefs of the Buddha’s era so often stripped from discussions of the dharma. To hear many teachers tell it, the Buddha sat under the bodhi tree and created a religion ex nihilo.

While the extent of the overlap between Buddhism and other South Asian traditions is contested, certain facts are not in dispute. As Richard Gombrich, founder and president of the Oxford Centre for Buddhist Studies, takes pains to show in his essential work How Buddhism Began, the teachings of the Buddha presuppose the worldview of the Upanishads. The Upanishads are Sanskrit texts that informed the Brahmanical traditions prevalent during the time of the Buddha—traditions that would later be classified as “Hindu.” In particular, the Buddha utilized the concepts of karma (the notion that our continual rebirth depends on the quality of our acts) and nirvana (that the ultimate goal is to be released from this cycle of rebirth) found in the Upanishads. In addition, as Gombrich’s work makes clear, the Buddha’s teaching that life as we experience it is impermanent, unsatisfactory, and “not the self” also takes for granted the fundamental reasoning of the Upanishads. Specifically, according to the Upanishads, to escape the cycle of rebirth, we must come to know the truth about the nature of reality, that there is a fundamental rift between the changing, unsatisfactory world of phenomena and the inherent happiness of simply being.

The connection between the Buddha’s teachings and South Asian spiritual traditions is even clearer when you look at Jainism, which emerged contemporaneously with Buddhism, if not somewhat earlier. As Cardiff University professor of religion Geoffrey Samuel writes in his foundational book The Origins of Yoga and Tantra, early Jain and Buddhist teachings and practices had a great deal in common, including much of their terminology. In fact, the Buddha’s attitudes toward asceticism and its modes of meditation were largely built on Jain foundations. This is an argument that Johannes Bronkhorst, emeritus professor at the University of Lausanne in Switzerland, made in his 1993 study Two Traditions of Meditation in Ancient India. Based on his extensive scholarly research, Bronkhorst concluded that the Buddha adopted early Jain meditative practices focused on bringing attention to and regulating the body and mind, supplementing them with a focus on the breath.

What emerges from the scholarly literature on the roots of the Buddha’s teachings is that the distinctions many wish to draw between Buddhist, Jain, and Brahmanical teachings are not so straightforward. As Samuel points out, certain core teachings and narratives show up in all of these traditions, pointing to a “shared ‘wisdom’ type literature” focusing on the attainment of liberation from rebirth. In fact, instead of distinguishing Buddhist, Jain, and Brahmanical followers from one another, the more historically accurate distinction might be between ascetic communities—which consisted of all three—and non-ascetic communities. As Samuel puts it, during this time in India there was a “structural opposition between the realm of happiness, prosperity, good fortune, and worldly life, on the one hand, and that of the ascetic world-renouncer” on the other.

Of course, not all modern-day Hindus and Jains—or Buddhists, for that matter—partake in meditation or share these core beliefs, especially given the amazing range of religious and cultural practices that bear these names. At the same time, as someone who has been exposed to Hindu teachings throughout my life, discussions of Buddhism that don’t even gesture at its shared roots with Indian religious traditions feel like cultural erasure. It seems as though, in addition to ignoring the physical presence of South Asians, the Western Insight tradition seems intent on ignoring the South Asian cultural and philosophical presence within Buddhism as well.

My point is not simply that many Western Buddhist circles are guilty of cultural or spiritual appropriation. Rather, it’s that by exploring Buddhism without acknowledging its complex history, these groups miss something important about Buddhism itself. In the words of Gombrich, “to present the Buddha’s teachings without explaining its Indian background [is] to miss many of its main points.” Gombrich illustrates this by discussing Buddha’s rejection of the existence of a “soul.” He points out that the soul the Buddha rejected was not the soul in the Christian cultural tradition. Instead, what he denied was the Upanishadic theory of the soul, or atman, according to which (roughly speaking) the soul is equated with the essence of the universe. If you think of the soul in Western terms, you’ll misunderstand the Buddha’s central point; once you locate this teaching in in the correct context, however, it becomes clear that the Buddha’s argument was against a concept of the soul that, as Gombrich says, “very few Westerners have ever believed in and most have never heard of.”

By failing to acknowledge Buddhism’s roots, Western Buddhist sanghas run the risk of not only alienating South Asians but also missing the depth of Buddhist practice itself. Perhaps most dangerously—as professors Shreena Gandhi and Lillie Wolff have argued with respect to yoga—the cultural appropriation of meditation may be “a continuation of white supremacy and colonialism, maintaining the pattern of white people consuming the stuff of culture that is convenient and portable, while ignoring the well-being and liberation of [South Asian] people.” Though teachers and practitioners in Western Buddhist circles undoubtedly have the best of intentions, the historical (and continuing) impact of this colonial consumption on people of the global majority—that is, so-called “people of color”—has been nothing short of horrific.

To give credit where credit is due, many Western Buddhist circles have taken significant strides to be more inclusive of marginalized communities and to create opportunities for individuals from different backgrounds to become leaders and teachers. Less evident, however, are intentional efforts to ensure that the South Asian roots of Buddhism are recognized, appreciated, and honored. To be clear, I am in no way arguing that Buddhism is simply a sect of Hinduism, nor that Buddhist teachings are in some way a “corruption” of a “purer” historical tradition. As such, there are relatively simple steps that Western sanghas might take to better honor and build on Buddhism’s South Asian roots. For example, ensuring that dharma teachers have a basic familiarity with Buddhism’s roots in Indian spiritual traditions would go a long way toward preventing cultural erasure. In addition, targeted outreach and exchanges with Hindu and Jain communities and a greater attention to the ways in which both Western Buddhist teachers and practitioners too often exoticize (as opposed to understand) South Asian culture, iconography, and chanting practices are baseline shifts that could make a real impact.

Regardless of how Western Buddhist circles develop and grow, I will continue to practice Buddhism. The human struggle for liberation is strewn with suffering, and mine is no exception. But my earnest hope is that, with more awareness and sensitivity, my Western dharma family can join me on this historically rooted, culturally conditioned path toward moksha/nirvana/unity with the divine.