Now that Buddhism has come to the West, how are they changing each other? 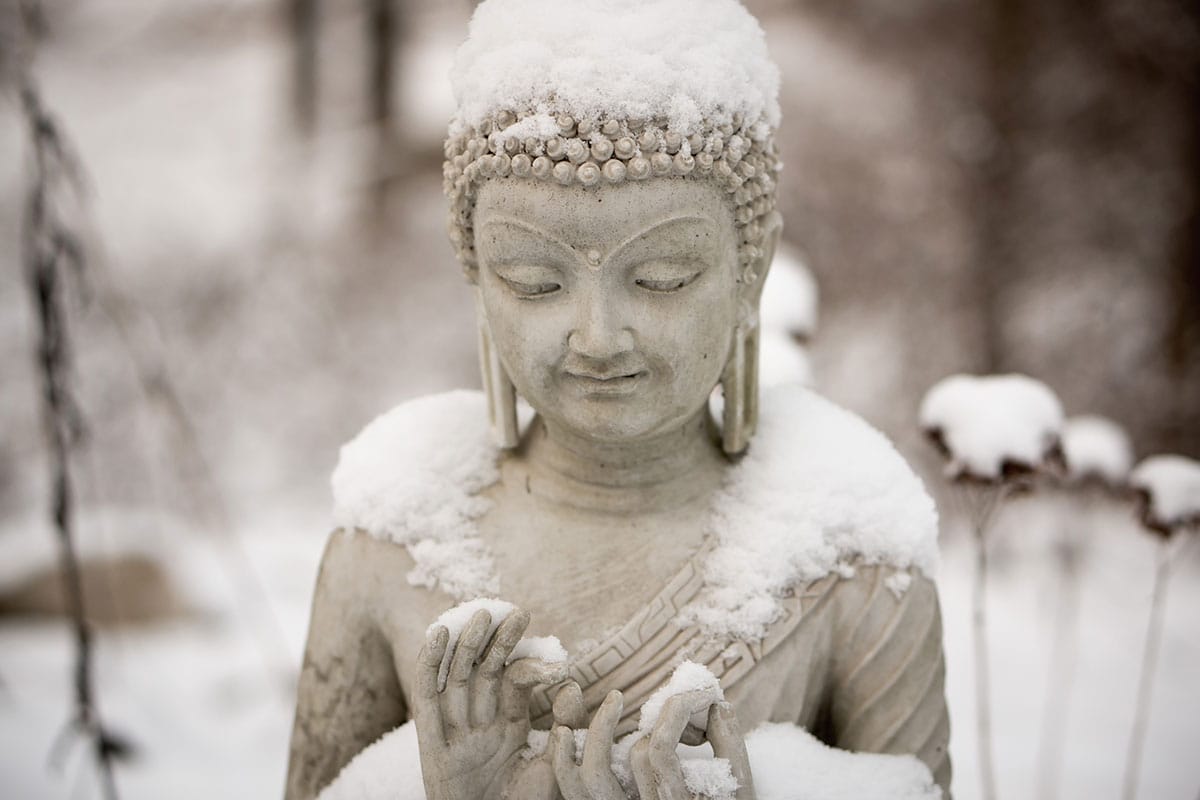 Many Western Buddhists are hopeful that the dharma will provide fresh perspectives and possibilities to a West that sorely needs them. At the same time, however, this interaction challenges Buddhism in new ways. If the dharma is to fulfill its liberative potential, it must make the transition from being an Asian tradition (or more accurately, several Asian traditions) into a teaching that speaks more directly to the spiritual needs of modern people living in a globalizing world.

What does that imply about the ways in which contemporary Buddhism is being taught and practiced?

Buddhism is the oldest of the world’s three big missionary religions—the other two being Christianity and Islam. Each was successful because it became the religion of an empire (in the case of Buddhism, the empire of Ashoka in the third century BCE, which included most of South Asia). This does not mean that Buddhism spread by the sword. Its expansion to Ceylon and Southeast Asia, and later north of the Himalayas, seems to have been a peaceful affair. In accord with its own emphasis on insubstantiality and interpenetration, Buddhism spread by infiltrating other cultures, subverting their religions to its own purposes. Native mythologies were not suppressed but reinterpreted in Buddhist terms. In China, for example, Mahayana Buddhism resonated with Daoism and gave birth to Chan (Zen). In Tibet, tantric Buddhism interacted with Bön shamanism and the fruit was Tibetan Buddhism.

This adaptability did not always work to Buddhism’s advantage. There were many factors that led to the eventual disappearance of Buddhism in its birthplace, but one of them, ironically, was its influence on Brahmanism and other native traditions. Buddhism became more dispensable once some of its key elements had been absorbed. As the art historian and philosopher Ananda Coomaraswamy put it, “Brahmanism killed Buddhism with a fraternal embrace.” For example, the Buddhist understanding of nirvana influenced Hindu notions of moksha liberation, and Buddhist innovations such as the two-truths doctrine were adopted and adapted by Vedanta.

This history is worth remembering as Buddhism faces its biggest transition yet. To influence the modern world, Buddhism must adapt to it. But is its present popularity another fraternal hug? The threat today is not Western religions but rather psychology and consumerism. Is the dharma becoming another form of psychotherapy? Another commodity to be bought and sold? Will Western Buddhism become comfortable with our individualistic consumption patterns, emphasizing expensive retreats and initiations catering to overstressed converts pursuing their own enlightenment? Or will Western psychotherapy—a relatively new, rapidly evolving field—be transformed by the dharma? Can a more socially engaged Buddhism demonstrate a more attractive alternative to consumerism?

We are familiar with examples of how Buddhist teachings can illuminate our situation. Yet influence is a two-way street. The exotic names, robes, and rituals of Asian Buddhism are attractive to many of us, but sooner or later we must begin to distinguish the imported forms that we appreciate from the essential dharma that we need. Buddhism needs to take advantage of its encounter with modern/postmodern civilization, to engage in a self-examination that attempts to distinguish what is vital and still living in its Asian versions from what is unnecessary and perhaps outdated.

This is dangerous, of course. There is always the possibility of throwing out the baby with the bathwater, but the alternative is to keep immersing ourselves in waters that have become tepid and muddied. We should accept that the Theravada, Mahayana, and Vajrayana traditions we have learned so much from are particular historical, culturally contingent forms that the dharma has taken in premodern Asia. Buddhism has evolved differently in different places and at different times, and it needs to continue evolving in order to find practices and ways of teaching that work best for us today.

The issue is not about altering the dharma but rather adapting its forms, as they must always be adapted in order for the dharma to thrive in a new place and time. Buddhist emphasis on impermanence and insubstantiality (anatta, shunyata) allows and, indeed, obliges this adaptability. We find the writings of the thirteenth-century Japanese Zen master Dogen so insightful because he challenged old metaphors that had gone stale, by taking advantage of the creative possibilities of the Japanese language. Does the challenge of modernity require anything less from us?

Buddhism can provide what the modern world most needs: the spiritual message that may yet awaken us to who we are and why we as a species have such a penchant for making ourselves unhappy. For that message to have its full impact, however, the dharma must find new modes of expression that speak more directly to us, including those who may not be much interested in Asian cultures. When transplanting an exotic species into a new environment, it may be helpful to bring some of the original soil entwined with the roots. Eventually, however, the plant must become able to root itself in new ground.

The problem for Western Buddhism is that it’s not easy to distinguish the root from the soil, the essential from the superfluous. Obviously, whatever continues to encourage genuine awakening (enlightenment, liberation, etc.) is something to retain and build upon. Yet what criteria should we use to evaluate a genuine awakening?

Within every Buddhist tradition, the real test is how it transforms us. What kind of people do its practitioners become? How wisely and compassionately do they live? Do its students realize that-which-is-beyond-ego or develop new forms of “spiritual ego”? How successfully do its teachers promote wisdom and compassion in new generations?

The answers will take time, but the experiments have begun. Many American groups are divesting Zen of most of its Asian religious trimmings. American Vipassana distinguishes itself in various ways from the Theravada tradition. How Tibetan will Tibetan Buddhism be, after it becomes American? More generally, what new forms does a predominantly lay Buddhism require? Stay tuned.