“We are all spokes on a wheel. Can you have respect for another spoke?” Haleigh Atwood talks to Against the Stream’s Qsangha leader, Steve Levitt. 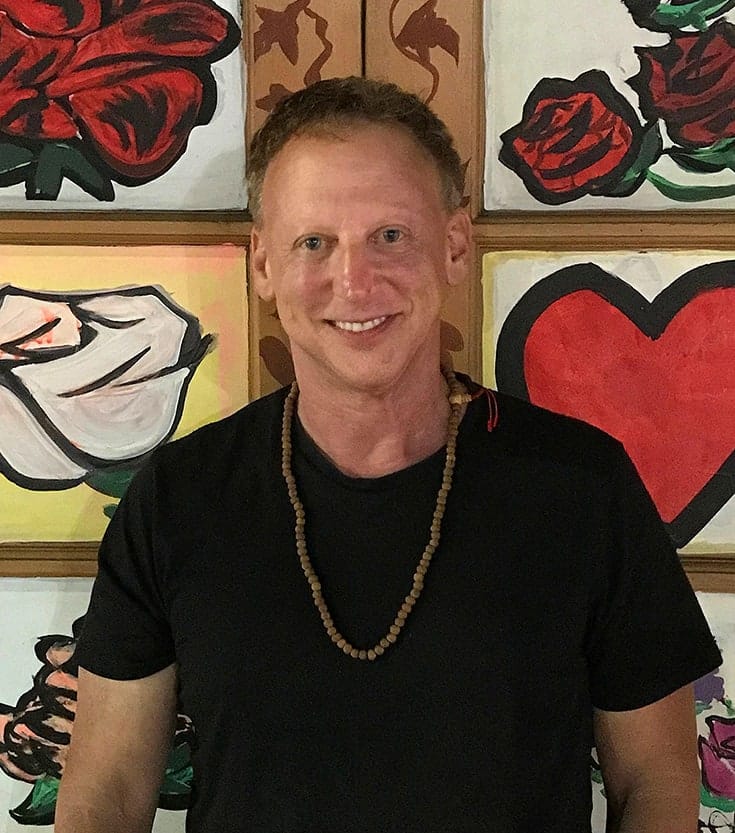 As a gay man in the ’80s, Steve Levitt lost many loved ones in the HIV/AIDS epidemic. Coupled with the death of both parents, his suffering morphed into a deep, seething anger — until he learned to meditate.

Today, Levitt is a meditation facilitator at Against The Stream Buddhist Meditation Society in Los Angeles, where he leads a queer sangha once a month. Levitt is also completing his Buddhist chaplaincy training with Buddhist teacher Gil Fronsdal at the San Francisco Zen Center.

Levitt spoke with Lion’s Roar’s Haleigh Atwood about cultivating safer spaces for queer Buddhists, working with anger, and maintaining a healthy relationship with your mind.

Haleigh Atwood: Let’s start at the beginning of your Buddhist path. When and why did you decide to pursue Buddhism?

Steve Levitt: In the ’80s, I lost my father and my mother. I was staring down grief and loss, and then the AIDS crisis came in 1983 and I literally lost everybody: my lovers, my friends, and everyone I ever met. If you don’t have time to process one loss because another one is coming down the pipe, you just stuff it away and handle the next one. It took me years to understand I was suffering from PTSD.

I was a movie writer for 20 years, which meant I wrote stories. When I started to meditate, I discovered that I was watching the stories in my brain arise and pass. Whether it was a story about getting new curtains or getting revenge, I thought “Oh my god, it’s a story!” I loved it.

When I was a writer, people would ask me, “Do you write every day?” I would say, “Yes, but with an asterisk — don’t beat myself up when I don’t.” I say the same for meditation, “Yes with an asterisk.”

Living in Los Angeles, I spend a lot of time in my car and I do a lot of “red light meditation.” When I come to a red light, I meditate. When the light turns green, I drive to the next red light. It’s not perfect, but there is some peace.

I teach a regular class at Against The Stream and I facilitate a queer sangha, called Qsangha. It’s my heart. We restarted it after the election, but in the past, it was run by George Haas and Pablo Das.

How diverse is the age group at Qsangha?

I would say 25 percent of people are under 30. They’re fantastic and teach the older ones a lot. Most people are between 45 and 50 years old, but we have some people in their seventies who come from an LGBTQ elder house.

In our culture, I think there’s this thing about being right. I always say, ‘Let’s not be right today. Let’s be here without having to be so darn smart.’

It’s a very diverse sangha, so we begin with our names and pronouns. When we first started, some of the older people didn’t know what pronouns were. One wonderful trans member said, “You don’t have to get it right. You just have to be willing to be present for it and willing to listen.”

No one has to be right in that room. In our culture, I think there’s this thing about being right. I always say, “Let’s not be right today. Let’s be here without having to be so darn smart.”

Why did you restart Qsangha after the election?

I did an amazing week-long LGBTQ retreat with Arinna Weisman and Larry Yang. I told people, “We’re not doing our Qsangha right now, because we’re already so inclusive that anyone but an elephant could walk in, and we would say, ‘Come in, sit down!’”

Arinna told me that you always need a safer space where people can come together, even when we’re not facing trauma. Sangha is the third jewel. We need to see each other. It’s not about just sitting at home on your cushion. We need to see that there is somebody else in the chair beside us.

I think divisiveness is an important thing to address in society right now. Even within the LGBTQ community, I’ve noticed divisions between “us” and “them.”

Los Angeles is a huge place with a huge queer community and there can be a division within that community. The dharma melts down those walls.

During the AIDS crisis, there was occasionally fighting between activists. Looking back, I see the spectrum of people who collectively created change. There were protestors, ministers, politicians, grassroots organizations, people providing meals at hospitals and together they all helped. If you’re quiet, be grateful there is someone with a big mouth. If you’re loud, be grateful there is someone who quietly slips under the radar and ensures people get what they need.

We are all spokes on a wheel. Can you have respect for another spoke? Together, we can take the pressure off each other. That’s what I hope continues to happen in Qsangha. We have some loud people and we have some quiet people and they’re all fantastic.

You’ve talked about the loss you dealt with when you were younger. Did Buddhism help ease the intensity of your anger?

It definitely eased the intensity. I wish I hadn’t spent the majority of my life being angry, but I did. Now, I have a nodding relationship with that angry kid I used to be. I nod to him sometimes, I acknowledge him. I work with my anger as cross-fit. I go into the gym — which is my soul — and I say, “We’re going to do some heavy-lifting and some cardio. We’re going to practice.”

If you burn out because you’re trying to do everything, then you’re not doing anyone any service.

What if everything is practice? When I watch the news, I practice. When I drive in L.A. traffic, I practice. When I go to the hospital and see someone sitting outside without insurance, I practice. It takes the pressure off me — the fixer — to fix it. I can be present and try to help, but this is a marathon, not a sprint. If you burn out because you’re trying to do everything, then you’re not doing anyone any service. In chaplaincy, we always tell patients and their families that they’re running a marathon. There might be ugly potholes coming up and you need to pace yourself.

In the last five years, my mind and I have become soul mates. We are in a marriage. We care for each other, even when we’re diametrically opposed.

Sometimes I do a compassion practice for my mind, especially when my mind becomes enraged about this specific hour and loses sight of the marathon. I have to sit down on the cushion and say, “May you be at peace.” On the other hand, sometimes my mind pushes me into action when needed. It says, “Come on, get up, get your sign, and go march.” I hope they’re in a relationship — the activist and the peaceful warrior, my mind and myself.

Have you seen a shift in how Western Buddhism treats the LGBTQ community over the years?

By the time I became a Buddhist, LGBTQ people had already shown up in society with a fierceness that said, “You are not allowed to not see us.” A teacher of mine once said, “You don’t have to like me and you don’t have to respect me, but you have to treat me with respect.”

I can’t not be free.

I haven’t encountered homophobia in Western Buddhism, but I’ve heard about it. Personally, I think other Buddhists can believe whatever they want because my freedom is not based on their limitation. My freedom is based on my idea of freedom. I don’t care who has robes and fancy names. I’m not interested in other peoples’ opinions. I can’t not be free. I think most LGBTQ people who survived discrimination have a healthy disrespect for authority. I love when teachers say, “Don’t take any of this on faith just because I said it. Try it out for yourself.”

Is there a specific Buddhist teaching or principle you want other LGBTQ people to know about?

When you sit on a cushion, you’re sitting with what is. You’re reflecting on the wisdom that you’ll be ready for whatever comes, but you don’t have to prepare now. Right now, be here and keep practicing.