Dr. BJ Miller helps others face death because he has stared straight at his own. 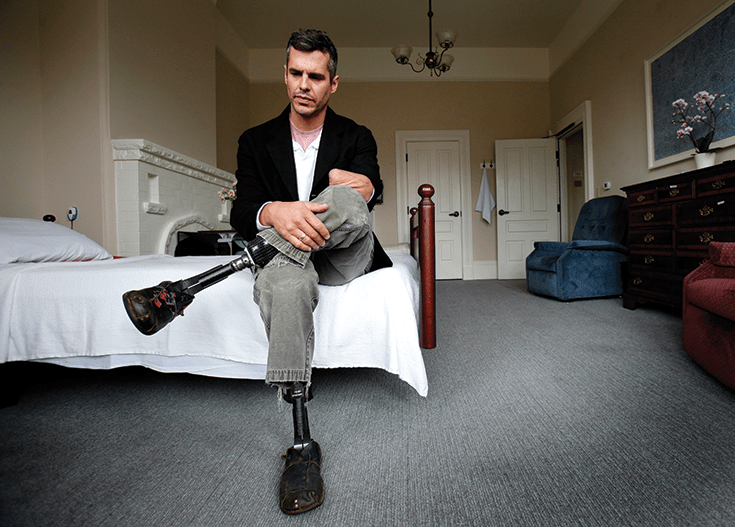 BJ Miller was a sophomore at Princeton in the 1990s when a youthful prank almost killed him. He climbed onto the roof of a parked electric train car, where 11,000 volts of electricity jolted through his body. He lost both of his legs below the knee and his left forearm.

It seemed an unfathomable loss for a young, vigorous man, but Miller says it instead awoke something within him—a deep understanding of suffering and mortality and a desire to use this to help others.

“After my accident, I came to regard death and suffering as normal,” says Miller. “They’re part of the package deal that is being a human being.”

After graduating from Princeton, Miller says he wanted to “use these experiences as a disabled person, and as a former patient, because I knew they were very rich things to work from,” leading him to pursue a medical degree from the University of California. When he discovered palliative care, Miller knew he had found his calling. Today he is a doctor and the executive director of San Francisco’s Zen Hospice Project, which has helped pioneer the field of palliative care.

“Palliative care is many disciplines gathering around a patient and their family with the mission of mitigating suffering and helping foster quality of life,” says Miller. “It is much, much larger than the dying moment. Our job is insisting on dying as a human event beyond a medical one.”

Miller says there’s an immense trust and faith implied by entering into people’s lives at the most fraught and precious moments. “We on the provider side are charged with holding peoples’ vulnerabilities,” he says, adding that interconnectedness is implicit in this work. “You’re invited to feel people’s pain and suffering all the time, so it’s a great benefit and a hazard of the job. Feeling yourself in somebody else is profound.”

Many of the staff, including Miller, do not identify as Buddhist. He says they define spirituality as “seeing truth in impermanence and responding to that truth by the cultivation of presence, a delight in interdependence, and an embrace of mystery. People don’t have to pretend to be something they’re not; everything that is in anyone is welcome.”

Miller says his understanding of death and dying has deepened through his work. “I have come to appreciate grief as a very sweet, loving process—hard, for sure, but not something to rush through. It’s where your relationship with what you just lost sets up in perpetuity.

“So if you lose someone, if you grieve them well, you might find yourself ten years down the road still having a very active relationship in your heart with that person or thing that you lost. And that’s pretty gorgeous.”