How do we take the sting out of loneliness and feel more connected to others? Toni Bernhard suggests practicing with the classical Buddhist teachings on friendliness, compassion, empathetic joy, and equanimity. 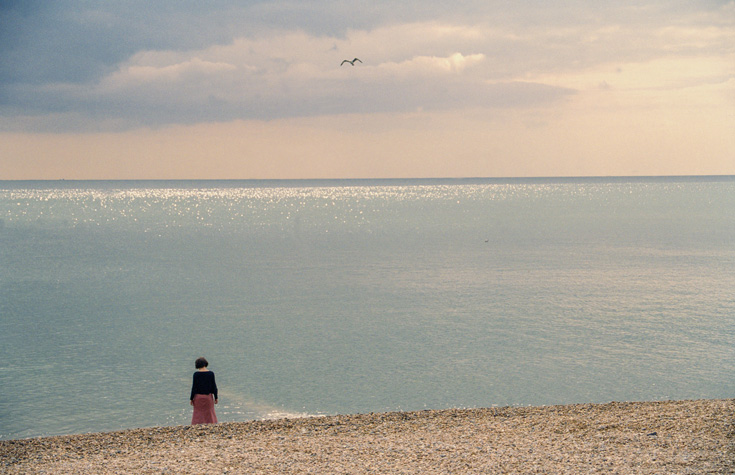 In 2001, I contracted what appeared to be an acute viral infection. I have yet to recover. Imagine the aches and pains that accompany the flu—that’s how I feel every day, just without the fever. It has forced me to trade an active work and social life for the relative isolation of being mostly housebound. Because I’d always enjoyed being alone, I was caught off-guard when loneliness accompanied me into this new life. I longed for the companionship of others and to be able to share adventures with friends and family. I also felt a strong aversion to this new feeling of loneliness, and this added to my suffering. All in all, it was a dark period for me physically and emotionally.

During that time, I was reading Ann Packer’s novel, The Dive from Clausen’s Pier, and came across this passage: “Lonely is a funny thing. It’s almost like another person. After a while, it will keep you company if you let it.” Immediately, the Buddhist practice of metta came to my mind. Metta is often translated as loving-kindness, but I prefer the more modern translation—friendliness. (This is also a more accurate rendering because metta is derived from the word mitta, which means “friend.”) Packer’s words suggested to me that it was possible to change my reaction to loneliness from aversion to friendliness.

I didn’t have to love feeling lonely, but hating it was only tightening its grip on me.

Metta is one of four brahmaviharas, along with compassion, empathic joy, and equanimity. The brahmaviharas are referenced in several early Buddhist texts, including the well-known Kalama Sutta, and are called many names: the four immeasurables, the four sublime states, and the divine abodes. Traditionally, they’re understood as the highest spiritual abiding. I think of them as “the four awakened states” and consider them to be the heart of the Buddha’s teachings—four practices I can turn to for help whenever I’m troubled. With Packer’s words as an initial guide, I discovered that cultivating one or more of the brahmaviharas was a healing antidote for loneliness.

The Friendliness of Metta

If I were going to let loneliness “keep me company,” as Ann Packer suggested, instead of continually trying to force it out of my mind, which never worked anyway, I had to start greeting it with openhearted warmth. Doing this uncovered a profound sadness beneath the aversion. Allowing myself to feel sad attenuated my negative reaction to loneliness. After a week or so, instead of seeing it as an enemy, I began to see it as an old friend who’d shown up uninvited. Just as you wouldn’t turn away an old friend, I stopped turning away in aversion from the feeling of loneliness. I came to view it as one of the myriad emotions that come and go in the mind. I didn’t have to love feeling lonely, but hating it was only tightening its grip on me. Over the years, I’ve learned that treating any painful emotion with friendliness takes away its sting and lessens its intensity.

The Soothing Balm of Compassion

Treating loneliness with friendliness revealed to me that I’d been blaming myself for feeling lonely, as if it were proof of mental weakness on my part. “You shouldn’t need the company of others in order to be happy,” I’d lecture myself in a harsh tone. “Stop this stupid ruminating and do something constructive.”

The antidote for this kind of self-talk is compassion, the second brahmavihara. A compassionate heart responds with care and kindness in the presence of suffering. Self-blame is the antithesis of self-compassion. While cultivating metta toward feelings of loneliness, I also began to change my self-talk from words of blame to words of compassion: “Sweet Toni—it’s not your fault that you’ve become mostly housebound. Of course you’re sad about many of the changes it’s led to, including isolation from others. Be as kind to yourself as you’d be to a loved one who came to you for help with his or her loneliness.” Speaking words of compassionate understanding to myself in this way alleviated the self-blame.

A particularly powerful compassion practice in the face of loneliness is tonglen, from the Tibetan Buddhist tradition. Tonglen is a two-for-one practice because you simultaneously cultivate compassion for yourself and for others. Here’s how it works. On the in-breath, breathe in the suffering of others. On the out-breath, breathe out whatever kindness, compassion, and peace you’re able to offer.

I practice tonglen whenever my old friend loneliness pays a visit. These visits tend to coincide with events I’m unable to participate in. One year, my family gathered at our house for a long holiday weekend. I spent most of the time in my bedroom, listening to the sounds of laughter coming from the front of the house. The louder the laughter, the more intense my loneliness became. Then I remembered tonglen practice. I breathed in the sadness of everyone in the world who was too sick or in too much pain to be with family on a special occasion. Then I mustered whatever kindness, compassion, and peace I had within me and, on the out-breath, sent it to all those people. As I did this, I was also sending those soothing states of mind to myself because I was one of those people.

One reason that tonglen is such a powerful practice is that it connects you with people everywhere in the world. Like many others, I have a tendency to focus solely on my own troubles. On this particular family visit, I’d been acting as if I were the only person in the world who was lonely. Opening my heart to others who were suffering in the same way took me out of this self-focused thinking.

The Joy of Mudita

Mudita is the third brahmavihara. No one English word captures its meaning. Empathetic joy comes close because empathy is the ability to understand and share the feelings of others. When you cultivate mudita, you work on feeling joy for others who are happy.

I noted earlier that loneliness is a complex emotion, often accompanied by self-blame. It’s also often accompanied by resentment. A few years ago, my entire family traveled from different parts of California to Disneyland so they could spend the day together. There are eight in our immediate family, but only seven were able to go on this special trip.

Life is always a mixture of pleasant and unpleasant experiences.

Having learned to cultivate friendliness and compassion whenever loneliness paid a visit, I thought I’d made peace with it. While my family gathered at Disneyland, I planned to spend a quiet day at home, enjoying the solitude. So I was surprised when I began to not just feel lonely but “angry lonely.” It didn’t take long for me to realize that this anger stemmed from resentment. “It’s not fair that they get to go and I don’t,” I kept repeating.

To ease my suffering, I decided to focus on tonglen practice. I breathed in the suffering of everyone who had to stay home while family and friends were off on a fun outing. It helped, but the “angry loneliness” lingered, so I turned to empathetic joy. I thought about the good time they were having by picturing them enjoying each other’s company and going on my favorite rides. It took time, but eventually my loneliness and anger subsided and I felt genuinely happy for them. Then something magical happened. I began to feel as if they were at Disneyland for me. Suddenly, I wasn’t just feeling happy for them; I was happy myself, and the loneliness and resentment vanished.

The Peace of Equanimity

Equanimity is the fourth brahmavihara. It refers to a mind that is calm and at peace in any circumstance, including in the presence of painful emotions. After practicing friendliness, compassion, and empathic joy, cultivating equanimity became the icing on the cake for me in the face of loneliness. I’d begin by calling to mind the first noble truth, in which the Buddha set out a list of painful experiences everyone can expect to encounter at some point in life. At least two items on that list pertain to loneliness: getting what we don’t want (the feeling of loneliness) and losing what we cherish (the company of others). To make peace with these unpleasant and painful experiences, I turned to equanimity.

I began by reminding myself that life is always a mixture of pleasant and unpleasant experiences. The Buddha’s list of painful experiences told me it’s okay to feel lonely at times because unpleasant experiences come with the human condition. This means that loneliness is not due to some flaw in my personality; the conditions of my life are ripe for it to appear, so it does. When I accepted without aversion that I couldn’t always get what I wanted or feel the way I wanted, my heart opened and made room for loneliness. Then I’d calmly and patiently wait out this unpleasant emotion until it passed.

I never know when loneliness will pay a visit. I do know, however, that the best medicine for it is to cultivate whichever brahmavihara(s) fits the circumstances that triggered the loneliness. The good news is that each time you commit to cultivating a brahmavihara, it comes more naturally. As the Buddha said, whatever you “frequently think and ponder upon becomes the inclination of your mind.” So, for example, each time you respond to loneliness with compassion, you’re inclining the mind to respond that way the next time you feel lonely. With dedicated practice, friendliness, compassion, empathetic joy, and equanimity can become your natural responses to this painful emotion. This has been true in my life, and I’m confident it can be true in yours.