Bhante Sujato, Gesshin Greenwood, Avikrita Vajra Sakya answer the question “How do we determine what is the true dharma?” 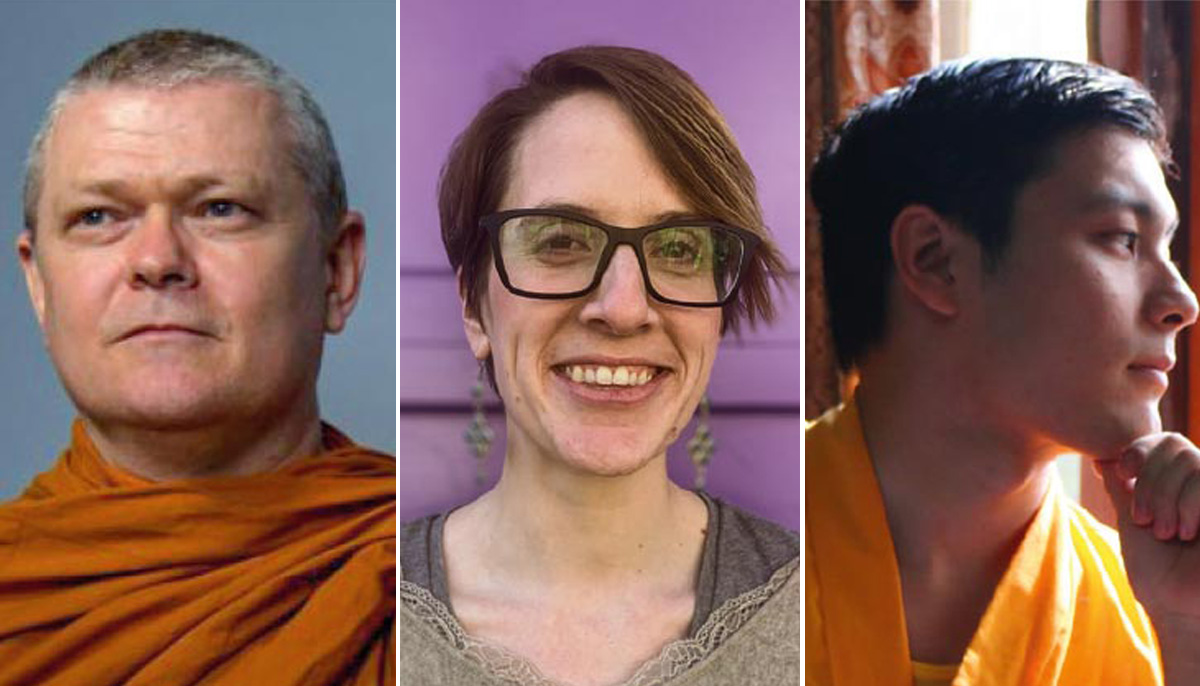 Question: Buddhism was an oral tradition for hundreds of years, and many of the earliest writings were lost centuries ago. If we can’t have 100 percent certainty about what the Buddha actually taught—and it seems that we can’t—how do we determine what is the true dharma?

Bhante Sujato: In 2014 I coauthored, with Bhikkhu Brahmali, a book called The Authenticity of the Early Buddhist Texts. The “early Buddhist texts” are essentially the main parts of the Pali suttas and vinaya, as well as the cognate texts in Chinese and other languages. We examined a wide variety of textual features: historical, linguistic, political, geographic, doctrinal, archaeological, and more. We showed that these can best be explained by the simple, rational thesis that the texts stem primarily from the teachings of the historical person known as the Buddha, as collected and edited by his followers.

There are skeptical scholars who resist this conclusion. But in their analyses they usually pick out just one or two details, scorning any serious attempt to acknowledge the nature and scope of the evidence as a whole. We coined the term “Buddhist denialism” for this form of pseudo-scholarship. Scholars have always known that there is no magic bullet that can “prove” how authentic the texts are. What we do have is less sexy but more meaningful: the confluence of thousands of pieces of information, none of which is individually decisive, but which taken together have no better explanation.

A construction engineer doesn’t need perfect measurements; they just need measurements accurate enough so that the building doesn’t fall down.

There’s no reason to think that the oral tradition is less accurate than any other means of transmission. Reliability is determined not by the manner of transmission so much as by the care and attention of those doing the job, and we know that the compilers deployed an array of sophisticated techniques to ensure the accurate oral transmission of the texts in both letter and meaning. These things happen not by accident but by intelligence, devotion, and sheer hard work.

The flip side of denialism is fundamentalism. It is still the norm in Theravada to believe that the Pali Tipitaka was literally word-for-word recited at the First Council; this is simply not true, and it ignores over a century of text-critical study. Of course the texts have been edited and changed over the years. The point is that such editing leaves traces that can be discerned with careful attention. One of the best ways of doing this is by examining different versions of a text or passage side by side, which is why it is so important to compare the Pali with parallels in Chinese, Sanskrit, and Tibetan.

The suttas reject both an overly critical, fault-finding mindset (uparambhacitta) and fundamentalist dogmatism (abhinivesa), instead promoting an attitude of inquiry (vimamsa). A cynicism that latches on to doubt ends up being as useless as a fundamentalism that insists on 100 percent certainty. Science recognizes that all knowledge is uncertain, but through curiosity and dedicated inquiry we can learn what we need. A construction engineer doesn’t need perfect measurements; they just need measurements accurate enough so that the building doesn’t fall down. So long as the teachings get you where you’re going, that’s pretty good.

Avikrita Vajra Sakya: We can have 100 percent certainty in what the Buddha taught—we really can—because the seed of buddhahood is within each and every one of us. Who becomes a buddha? A bodhisattva. And who becomes a bodhisattva? You do.

We’re talking about the dharma here, of which there are two kinds: the verbalized dharma, and the realized dharma. There’s no separation of theory from practice in Buddhism, so the verbalized dharma of the Buddha’s teachings on ethics, meditation, metaphysics, and so forth is not there to be historically proven by carbon dating or for cultural posterity; it’s there to point the way to the realized dharma, the truth of the way things are. And the value of that? It’s liberating! That’s the whole point—to liberate our hearts from all suffering, stress, and wanting.

The Buddha had every chance to organize his disciples to write all his deep and vast teachings down, but he didn’t feel the need to.

This is emphasized in the Vajrayana tradition, particularly in the Lamdre teaching that’s the core of the Sakya school, where four authenticating criteria are taught: the authentic direct teaching of the Buddha, the authentic commentarial works, the authentic teacher, and the authentic experience gained by the disciple. Although my grandfather taught me in that order, he said that we understand true authenticity in reverse order: experience comes from integrated theory and practice, which we’ve learned from our teacher, who’s taught that using a trusted treatise based on the Buddha’s own words.

We started with an oral tradition; that evolved to a having a scriptural tradition too—first in Pali and Sanskrit, later in other Asian languages, and now in even more languages. But in tandem with that, we’ve had women and men who have practiced the path that these teachings point to and have realized truth. They allow the wheel of dharma to continue turning in our world, because at the heart of the path is compassion. So as long as there are people who want to put the teachings into practice and realize what the Buddha taught, then we have an unbroken and reliable living lineage of transmission of buddhadharma.

Gesshin Greenwood: “Dharma” means “truth.” My teacher often explained that there are many dharmas. Physical science, for example, because it is true, is a dharma; most religions are dharmas. But the historical Buddha articulated a particular kind of truth, which we now call buddhadharma. You are right that it may be impossible to know what the Buddha said. Fortunately, buddhadharma, because it is truth, adapts to fit our unique situation and context. I believe this is the reason why Buddhism has survived so long.

In Japan I learned the phrase ittai sanbo, which means “the three treasures are one body”; in other words, Buddha, dharma, and sangha are one. Usually we think of the three treasures as three distinct objects: the Buddha is someone external, a perfect being, the dharma is a set of instructions and sermons, and the sangha is a group of people. What this phrase ittai sanbo points out is that in actuality they are the same; buddha’s truth is actualized by spiritual community. To carry the metaphor further, if the three treasures are one body, then our spiritual communities carry and manifest the Buddha’s truth the same way a body speaks or moves. Buddhadharma is transmitted through community. It would follow, then, that the way to access “true dharma” in this day and age is through the support of spiritual community.

I care less about whether something is canonized Buddhism, and more if it is true and useful.

How, then, do we know which communities to trust? Do all sanghas transmit buddhadharma? Probably not. It helps to do some research about the teacher and sangha members—where did they train, and who were their teachers? It is important to find a community that has a direct link with an established lineage.

I have also found that my ability to discern what is “true dharma” has evolved over time. Like a stone being softened by the ocean waves, I have been shaped by my interaction with the three treasures. I remember in the beginning of my practice not knowing what I believed, and relying almost entirely on external support for this. Now I have a clearer, intuitive sense of what is right to do. These days, I care less about whether something is canonized Buddhism (that is, it’s stated explicitly in a sutra or text) and more if it is true and useful. My evaluation process for pretty much all activity and speech is this: is it true, and does it reduce suffering? I trust that my internal compass can point in the direction I need to go. This is not to say that I am always right or free of delusion. What it does mean is that the buddha’s truth is manifest in the here and now, in each of us.