Matthieu Ricard is a Buddhist monk who had a promising career in cellular genetics before leaving France thirty-five years ago to study Buddhism in the Himalayas. He is an author, translator, and has been a participant in scientific research on the effects that meditation has on the brain. Ricard’s work is held high regard in intellectual circles in Europe, and two books he co-authored, The Monk and the Philosopher and The Quantum and the Lotus, are best-sellers in France. He lives in Tibet and Nepal. 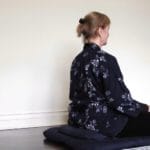 Matthieu Ricard explains what Buddhist meditation is and why we do it. 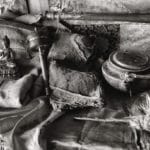 Matthieu Ricard provides a glimpse into the life of Patrul Rinpoche, one of the most revered spiritual teachers in Tibetan history.

Animals feel suffering and want to live—just like us. Why do we withhold our compassion and kill these sentient beings by the billions? 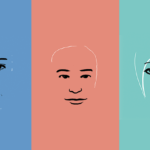 The following is a post-quake update via Matthieu Ricard, coordinator for Karuna-Shechen, which provides assistance to individuals in need. 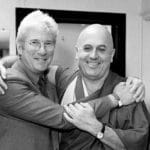 Actor Richard Gere and monk Matthieu Ricard share a serious commitment to Buddhism, and they agree that real happiness is beyond conditions & circumstances. 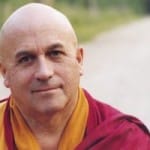 The four noble truths tell us that to be happy we must first discover the causes of our unhappiness. This is the approach of the renowned French Buddhist monk Matthieu Ricard, who says that genuine happiness is only possible after we understand the fundamental mistake that is the root of our suffering.