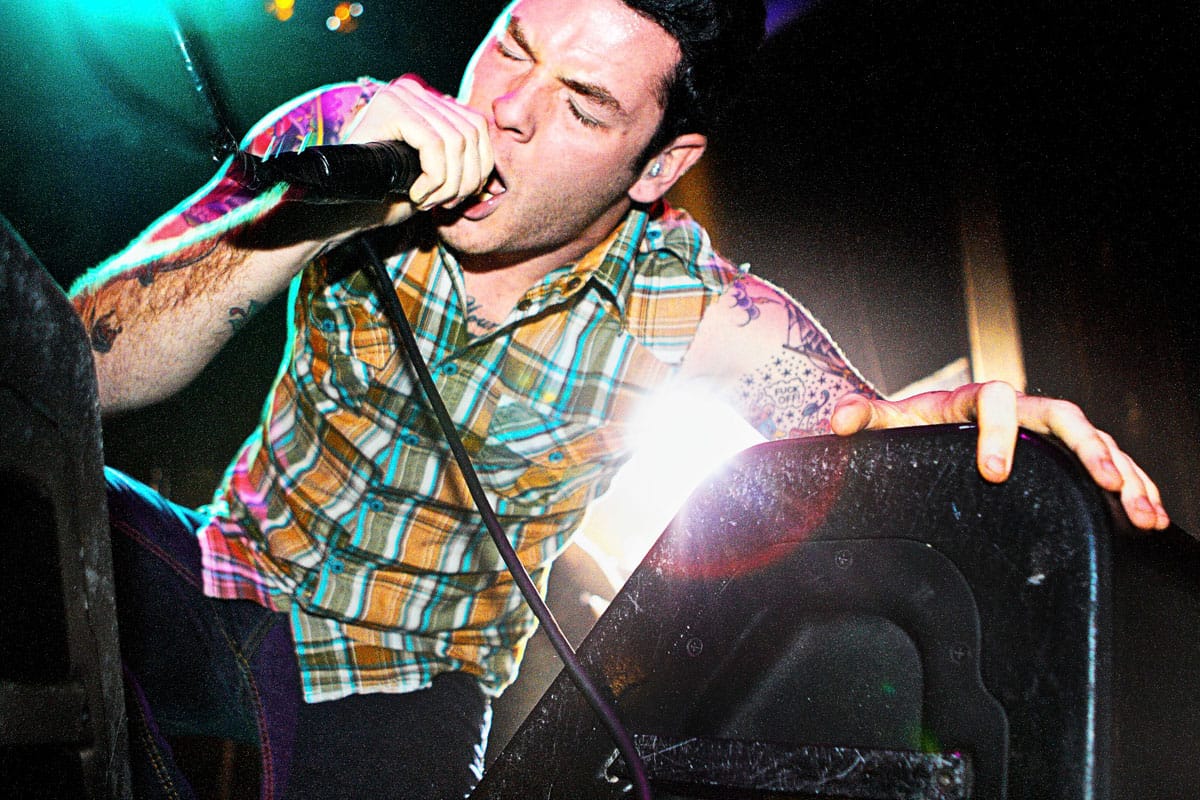 Since its formation in 2002, Senses Fail has gone through changes—from startup melodic punk band to capital-H heavy post-hardcore juggernaut (boasting, for example, some 523,000 fans on Facebook). Founding singer Buddy Nielsen, too, has had his share of boundary-busting transformation. It hasn’t come easy.

As he’s written, “For over nine years I suffered in a cycle of shame over my sexuality, substance abuse, sexual addiction, anxiety, depression, grief, and self-loathing. I fell into a pit of despair and did a lot of damage to myself and to people around me.” As for his sexuality, he describes it this way: “I do not identify as straight but I fall somewhere on the spectrum of sexuality closer to the middle, yet do not feel I identify with a specific label.” (Nielsen also notes that he is recently, and quite happily, engaged to a woman.)

It’s a lot to come to terms with, but Nielsen has been doing just that—even as Senses Fail keeps touring and recording. While on tour, and with the band’s newest LP, Pull the Thorns From Your Heart, coming out on June 30, Nielsen made time to talk to Lion’s Roar about the role that Buddhist practice has played in it all.

Lately, you’ve been talking in the press and your music about sexuality and substance abuse—but not in the usual ways that, say, heavy music fans might expect to hear about them. In your interview with Alternative Press, you credited Buddhism with helping you get a handle on the suffering that addiction and sexual-identity issues have caused, and to confront it.

Oh yeah, absolutely. I don’t think I would have been able to bring that stuff to the surface without it. I also I don’t think the insights that I’ve had from meditating—specifically the kind of meditation that I do, which is Vipassana—would have been possible in the relatively short amount of time without the practice.

Maybe, over the course of my life, I would have been able to approach these issues, but there’s immediacy when you dedicate to practicing wholeheartedly the things that arise. You can’t ignore them. I’m sure there are things within my practice that I’m not ready for and that I have to—I don’t want to say ignore—set aside, because I just don’t necessarily have the container, as some would say, to house them yet.

The suffering, the anxiety, the depression—you know, a lot of the things that people come to meditation for—I’ve made a lot of that workable and manageable. As someone who has had a lot of anxiety my whole life, just understanding the impermanent nature of those feelings was really instrumental in allowing me to have a little bit of freedom. Of course, no feeling I have is going to last, but when you’re so entrenched in it and it’s so conditioned, you don’t have any other view of it. It’s just, I’m anxious; I’m always anxious. I’m always depressed. I’m always fearful. That’s not even necessarily the case, but you just don’t have enough awareness to see that it’s not the truth.

So practice has helped you come to terms with different facets of your identity.

So these facets, even how you relate to addiction and sexuality, aren’t set in stone? And therefore there’s something liberating in realizing that?

Absolutely. Buddhism says that nothing’s permanent. So why would human sexuality and gender be rigid? I mean, if everything is supposed to be flowing and ever-changing, then that should be true of our sexuality and our gender roles.

Have you found support in the Buddhist community?

The group I practice with, Against the Stream, is very open and liberal. They’re always trying to be radically inclusive, radically accepting. That provided me with a safe place where I could explore these ideas. It’s so valuable to have the support of a sangha and be able to interact with people who feel or identify similarly.

You’ve talked about Vipassana and also have said that you’re trying to cultivate a heart that is more vulnerable and open. Are there particular practices within the framework of Vipassana that are helping with that cultivation?

The way I understand things is that there are two wings to the practice: there’s the development of wisdom, and the cultivation of the heart practices. I have a lot of trauma in my history, and sometimes the wisdom practice can leave me feeling a little unsafe and unsettled as insights arise, so one of the really important things that I was taught was to throw myself wholeheartedly into lovingkindness or metta practice, making it equal to the wisdom practice of cultivating insight and awareness, or mindfulness. That’s something that I knew nothing about before I began practicing Buddhism. I thought Buddhism was only about more Zen-like training. I wasn’t aware of the cultivation of the Brahmaviharas or the heart practices, which have changed my life just as much as the wisdom-related insights have. I focus equal time on both.

Doing all this, especially given the complexity of your traumas and identity issues, can’t be easy.

I had a pretty weak and wounded ego when I started. This may be a bit counterintuitive but, for me, there’s a healing process where I have to construct a more solid, safe ego before I can deconstruct all that and just work on the “emptiness” sort of stuff. I think as Buddhism continues to grow in the West, we’re going to see a lot of people coming to it, like me, who have trauma in their past. And I think there’s going to be a real need for to teach how important the heart practices are, how important it is to build a container that can hold our insights. Because I think it can be pretty scary when we jump in and start having big insights and digesting a lot of literature. It was for me. I wasn’t ready. And so I went back to cultivate all this loving-kindness stuff so that I could hold some of the awareness that kind of opened up.

What led you to start investigating Buddhism?

I’ve been into Buddhism since I was 17. I’d read Joseph Campbell’s The Power of Myth, and he talked a lot about the story of Guatama and mythology.

And that relates to the band’s name, right? 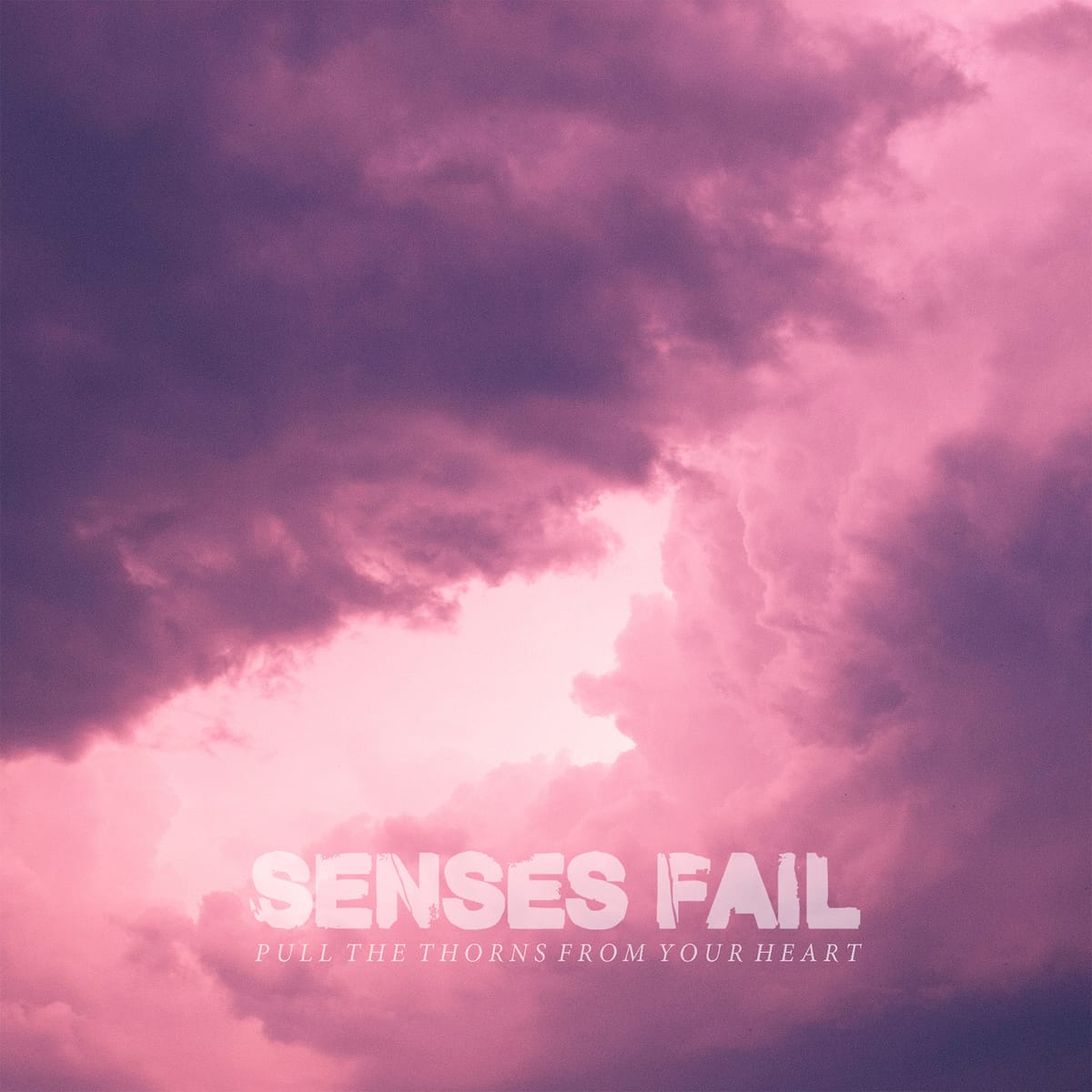 Senses Fail’s Pull the Thorns From Your Heart will be released on June 30.

When I named the band Senses Fail, it was in regards to the story of Buddha’s encounter with ascetics who argued that the body is what holds us in suffering, and that if we can transcend the body, we can find nirvana. An incorrect view of Buddhism, but now, thirteen years later, I’m a pretty hardcore practicing Buddhist and now I understand the idea of “Senses Fail” as being about how the five sense-gates fail in showing us the truth: our whole lives, we think that what we see, what we smell, what we taste, is true, but we don’t understand that it isn’t wholly the truth. So the name Senses Fail has morphed and grown with the band and with my understanding of Buddhism.

What was it that took you from reading about Buddhism to practicing it?

I was doing yoga and I accidentally ended up doing Kundalini yoga, and I had a really unsettling experience with it. Almost like too much too soon. I’d had a highly concentrated state, mixed in with getting in touch with some of my traumatic experiences and being vulnerable—in a way that I wasn’t ready for. Buddhism had always been there so I turned toward it then, looking for answers: “What just happened to me?”

I’d had enough suffering and that’s, I think, what brings a lot of people to it. At Against the Stream, there’s a joke that people make to new students: “It got that bad, that you wanted to meditate?” [Laughter] I always knew that going inward was the answer, I just didn’t know the tools to do that yet.

Well, now that you do, and you’re articulating about it as much as you are, are your fans along for this ride?

Some of them are, but most aren’t. And that’s fine. I’m not here to preach. I think people are mostly along for the authenticity. 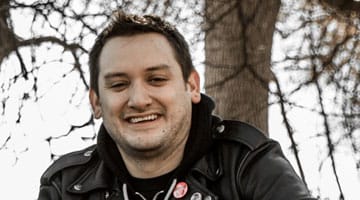 Why Punk & Buddhism Beats “Us Vs. Them” 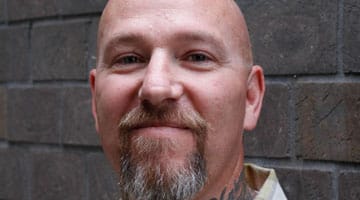 A Refuge from Addiction 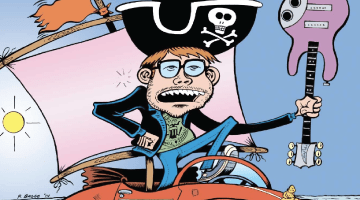 A Punk Looks at Fifty