There’s one notable difficulty to being a Buddhist baseball fan: attachment to the outcome of the game. Andrew Rock reports on his practice as a Buddhist and a fan. 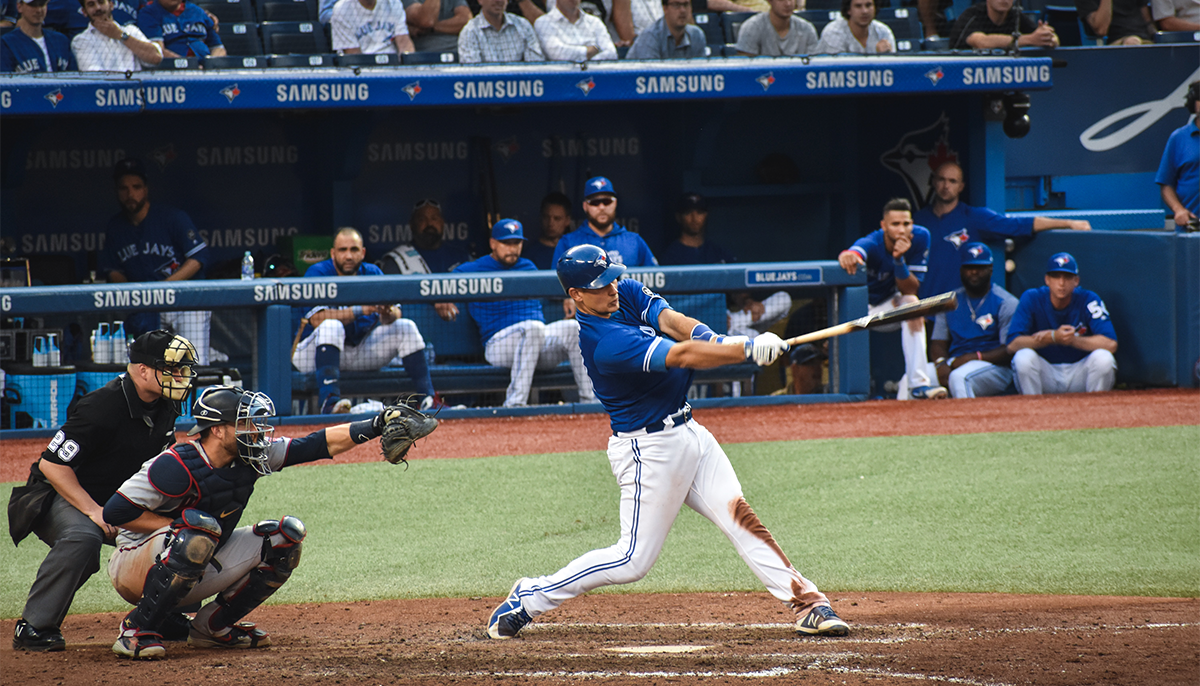 There’s one notable difficulty to being a Buddhist baseball fan: attachment to the outcome of the game. What if you groan with apparent agony or shout with delight, depending on whether or not “your” batter beats out a grounder or a diving outfielder makes a catch What if you wake up happy in the morning because your team won the night before, or miserable because they lost and the pitching is falling apart, the clean-up batter’s in a slump and they are falling behind in the standings? In other words, what if you are a hard-core fan — a word that derives from “fanatic”– and also a sincere Buddhist practitioner seeking an end to suffering for all beings — even the Red Sox?

My wife Nancy and I once took Fred, our Buddhist teacher, to a Tampa Bay Rays game at Tropicana Field. Fred enjoyed it, though he was a little bemused when Nancy and I rang our cowbells every time the Rays got a hit or our pitchers got a strikeout. The Rays won, so it was a “good game,” and the fans were happy. The Rays fans, that is. Fred said that he didn’t understand how we could be so overjoyed when the Rays made a great play, because the same play that we loved would cast the other team’s fans, in the seats next to us, into despair. Our win was their loss, so why get so excited?

Could I continue to enjoy the pleasures of baseball, without being deeply attached to the outcome?

Fred emphasizes that our time on the meditation cushion is not an end in itself, and that our best practice opportunities come as we seek to apply the principles of non-attachment, equanimity and compassion in our everyday lives. I realized that baseball was providing me with a wonderful opportunity for practice. Could I continue to enjoy the pleasures of baseball, without being deeply attached to the outcome? I knew that I could talk the talk — “you win some, you lose some, but it’s all good” — but could I really walk the walk?

During the baseball season, Nancy and I spend a lot of time watching Rays games. We don’t have TV at home, so we watch with our friend Ken on his large TV in his big screened-in back porch. We call it the “Ken Dome.” Ken’s wife Nan never care for baseball, and Ken likes company, so he’s always been happy to have us watch with him, exchange play by play commentary, and exult together at the good plays or gripe about the bad ones.

Ken, an athlete all through school and an avid baseball fan, often says that even the best batters fail to get a hit seven times out of ten, and that the difference between the best team in baseball and the worst is only one game in three. But even so, knowing that failure is endemic in the sport, Ken is a very tense fan. He never relaxes unless the Rays are ten runs ahead, and even then remains wary. (We once watched the Rays blow a ten run lead against the Indians.)

Before the 2010 season started I made a pact with Ken that we’d enjoy every game we watched, win or lose, and this commitment became a mindfulness practice. It actually changed the quality of our experience. We hoped the Rays would win, and we enjoyed it when our guys got a hit or made a great play, but it was okay — well, almost okay — when they blew it, and we could appreciate — sort of — the other teams’ great plays and triumphs. Of course, this was a lot easier because the Rays got off to a stellar start this year, with the best record in the Majors, so we could afford to be magnanimous.

And then everything changed, suddenly and shockingly. One night in early June I was alone in the Ken Dome watching the Rays play Toronto. I was waiting for Ken and Nan to arrive back from a weekend road trip, and calling Ken’s phone from time to time to leave updates on the game. It was already late when Nancy called me, and I started to tell her the score. “Andrew, forget about the game and listen to me!” she sobbed, “Ken and Nan were in a car accident! Nan was killed and Ken’s in the hospital!”

From that moment, and for the weeks that followed, we were fully occupied, standing by Ken’s bedside as he dealt with mental and physical agony, providing emotional support to grief-stricken family and friends, helping as best we could with the myriad things that must be addressed in such tragic circumstances. Nancy and I were comforted in our own grief by the teachings of impermanence and “no birth, no death,” and even more by the understanding that our job was to be of service in a time of great need.

Many days later, when Ken’s physical condition had stabilized, he would occasionally glance at the TV in his hospital room, usually tuned to baseball, and take in whatever was happening, but with no real interest. After his family and his work, sports had been the ruling passion of Ken’s life, but one evening when we were alone in the room, Ken said that he realized now how unimportant sports really were, how little it mattered whether our team won or lost.

The revelation of death, love and impermanence has opened our hearts and our minds.

Nan and Ken’s family members and their many friends were also profoundly affected by her death and his injuries. In the days, weeks, and — now — months after the accident, there has been an enormous outpouring of compassion, love and support for Ken, for his family, and for one another. The revelation of death, love and impermanence has opened our hearts and our minds. To a greater or lesser extent, the solidity of our lives and the world has dissolved.

Nancy and I are still Rays fans, as is Ken. We watch their games when we can, or read the post-game stories most days and check the league standings to see if we’re still breathing down the Yankees’ necks and holding off the Red Sox. Baseball remains one of life’s pleasures, but now we know that it is all good, whatever happens. Just as in the story of the Buddhist master: when praised, he smiles and says “thank you;” when criticized, he smiles and says “thank you.”

Either way, he accepts what happens with equanimity, compassion and appreciation.

Andrew Rock and his wife are committed Buddhists who live in Tampa, Florida and LaHave, Nova Scotia. They are members of the Florida Community of Mindfulness, led by their teacher Fred Eppsteiner, in the tradition of Thich Nhat Hanh. They also practice with the South Shore Shambhala Center, in Mahone Bay.