Lion’s Roar associate editor Pamela Ayo Yetunde explores how Buddhist pedagogy is an essential framework for Buddhist teachers to educate themselves and their communities about our criminal justice systems. 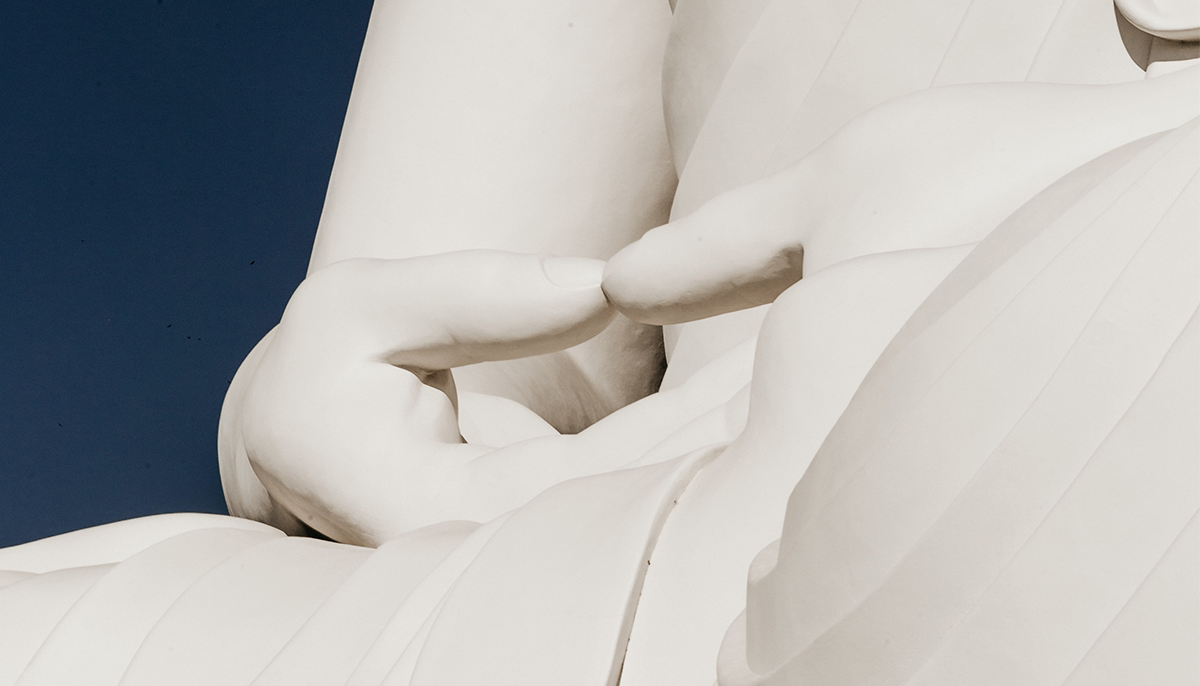 As the last of two of the four ex-police officers involved in the torture and killing of George Floyd in 2020 entered what was to become, on October 24, 2022, the last jury selection process for former officers J. Alexander Kueng and Tou Thou, Kueng, who had pled not guilty, accepted a plea deal and pled guilty to one charge, aiding and abetting second-degree manslaughter. In accepting this plea, the charge of aiding and abetting murder was dropped. Kueng may be sentenced to 3 ½ years in prison. The remaining ex-officer Thou, who also initially pled not guilty, is now being charged with aiding and abetting manslaughter. These ex-officers (including Thomas Lane who pled guilty to the lesser charge in a previous process), unlike Derek Chauvin, have and will bypass a jury of their Minnesota peers. Thou’s case will be decided by a judge. In short, as I wrote in my article, “Right Remembering,” Chauvin was scapegoated as the only officer who committed murder, the one who will carry the weight of how Tuo participated in keeping witnesses from intervening on Floyd’s behalf, the burden of how Kueng knelt on Floyd’s back, and the shame of how Lane held Floyd’s legs. Chauvin, Kueng, Lane, and Tuo all together kept Floyd’s chest down, with weight on his back and neck for over nine minutes, preventing Good Samaritan witnesses from providing aid to Floyd. Here’s the bottom line. Three-fourths of the officers will receive about three years for these violations of Minnesota state criminal law, never facing a jury of their peers. One officer received 22 ½ years after a jury trial. Is this justice from a Buddhist perspective?

We need a Buddhist pedagogy, tools and methods of teaching, that can be re-contextualized for our collective survival and liberation.

As a Buddhist leader, I am reflecting on whether Buddhist teachings on Right Conduct/Action might cause Buddhist teachers in the U.S. to pay attention again (or for the first time), be educated about, and educate their students about our criminal justice systems. I can imagine strong resistance to the argument that dharma teachers should teach their students about criminal law and civics. On the other hand, if dharma teachers say they, like the Buddha, teach suffering and the end of suffering (with causation in between and freedom at the end) the relevance of dharma teachers in the U.S. today must include teachings on the systems and structures that cause suffering and obstruct freedom, including the criminal justice system. Why? The U.S. is increasingly becoming a militarized police state (ask the Black female mayors who had to deal with the threat of or actual deployment of the National Guard) as the appetite for authoritarianism grows, also impacting many white liberals (think about the protracted protests in Portland, OR) who practice and teach Buddhism. In these times, our privileges will not protect us from being oppressed. Suppression of Right Speech is one of the first casualties of fascism.

Have you seen the political advertisements lately by PACs (Political Action Committees) showing several groups of rampaging Black people in stores, on the streets, on middle-class neighborhood porches, etc.? Those advertisements harken back to the 1988 Willie Horton ads, but these ads serve to exploit then explode white fragility writ large. Exploiting and exploding the fear of Black people wherever we are found (maybe even in sanghas), has played well in the past for the party using these ads. What are dharma teachers saying about all of this? Dharma teachers paying attention to the racialized seduction towards authoritarianism (under the cover of democracy) can use this legal process as a teaching tool about Right Action if they see it as good Buddhist “pedagogy” — a tool for teaching. What is conventional Buddhist teaching in the context of a sangha community that gathers for practice, and unconventional for cultivating justice-oriented practitioners? I was heartened to hear Lama Rod Owens say that his practice community, Bhumispharsha, “begins with justice.” I know rev. angel Kyodo williams lives and breathes justice, and so does Hozan Alan Senauke, Roshi Joan Halifax and others. Are they the exceptions?

In The Mahagopalaka Sutta (The Greater Discourse on the Cowherd) in the Majjhima Nikaya, it is said that the Buddha said a cowherd, a dharma teacher, should possess 11 factors making one capable of keeping and rearing a herd of cattle, a sangha. Those factors are:

1) knowledge of form
2) skilled in characteristics
3) picks out flies’ eggs
4) dresses wounds
5) smokes out the sheds
6) knows the watering place
7) knows what it is to have drunk
8) knows the road
9) skilled in pastures
10) does not milk dry
11) shows extra veneration to those bulls who are fathers and leaders of the herd.

To get an understanding of what these factors mean in terms of pedagogy, or teaching skills, read the sutta in its entirety. Nowhere in this sutta (or any other that I am aware of) does it say that a dharma teacher should be able to direct a student’s attention to the systems and structures that create suffering through injustice. So where does that leave the dharma for these increasingly threatening times? Is it perfect? Complete? Is it in need of recontextualization?

Many “western convert” Buddhisms in the U.S. privilege practice over faith. Another word for that is “orthopraxy,” or the proper “how to” of our behavior. Right Conduct/Action overlaps with all the other path factors, so behavior is central to everything we think and do to be liberated from suffering, but there is another factor I believe goes a very long way towards easing the suffering of the dharma teacher and their students in the sangha context – right pedagogy or right teaching, for how teachers teach, and what they teach about, has an influence on our liberatory quests.

I believe many people believed former police officer Derek Chauvin was guilty of first degree murder. It seemed clear to the “naked” ear hearing Floyd’s dying testimony that he could not breathe, and we know if we can’t breathe, we die. It also appeared to the naked eye that Floyd resisted getting into the back of the police car. The struggle, time, avoiding a longer sentence, federal sentences already being served, settlements, and the desire to avoid another court spectacle all probably resulted in the lesser charges for Kueng, Lane, and Thao. I sense something else at play. An element of forgiveness seems implicit in these lesser charges – a forgiveness not granted by a jury of their peers, but a forgiveness that maintains the status quo – that police officers really aren’t guilty of murder during the act of arresting unarmed Black people. This is a wicked forgiveness that many Black Buddhists and social activist allies know about and suffer with, but typically have no room in sangha to express because many dharma teachers don’t match the dharma with the reality of the suffering of living policed lives without adequate justice. Can a match be made?

Buddhist pedagogy, based in the truth of universal human preciousness, should involve interrogating every police officer’s defense to killing an unarmed person, and calling it out. The lesser charges for Lane, Kueng, and Thao are travesties of justice. Matching the charges with the proof is good lawyering, but Floyd was brutally tortured (not a charge). Minnesotans and citizens of other states would do well to encourage their lawmakers to create a torture charge and hold police officers to higher standards of duty. I think Buddhists activists can support such a move, in the interest of Right Action and Right Speech, because usurping the jury eliminates the opportunity for a Right Speech that can transform the consciousness of our citizenry.

Given my 21 years of Buddhist practice and learning, I’ve yet to hear a Buddhist teacher say it is Right Mindfulness to pay attention to how juries are selected and I’ve not heard a teacher say that Right Speech teachings are relevant to why juries exist in the first place. Right Speech can lead to right justice. What do Buddhist teachers in the U.S. need to make their teachings relevant to practical issues of freedom and justice? A place to start is an admission that the dharma, for all its beauty and wisdom, is not perfect and not complete as it relates to understanding the suffering and the end of suffering created by the criminal justice system and the rise of authoritarianism. We need a Buddhist pedagogy, tools and methods of teaching, that can be re-contextualized for our collective survival and liberation, and I believe engaging Paulo Freire’s Pedagogy of the Oppressed, even for our privileged lives, would be a powerful start.