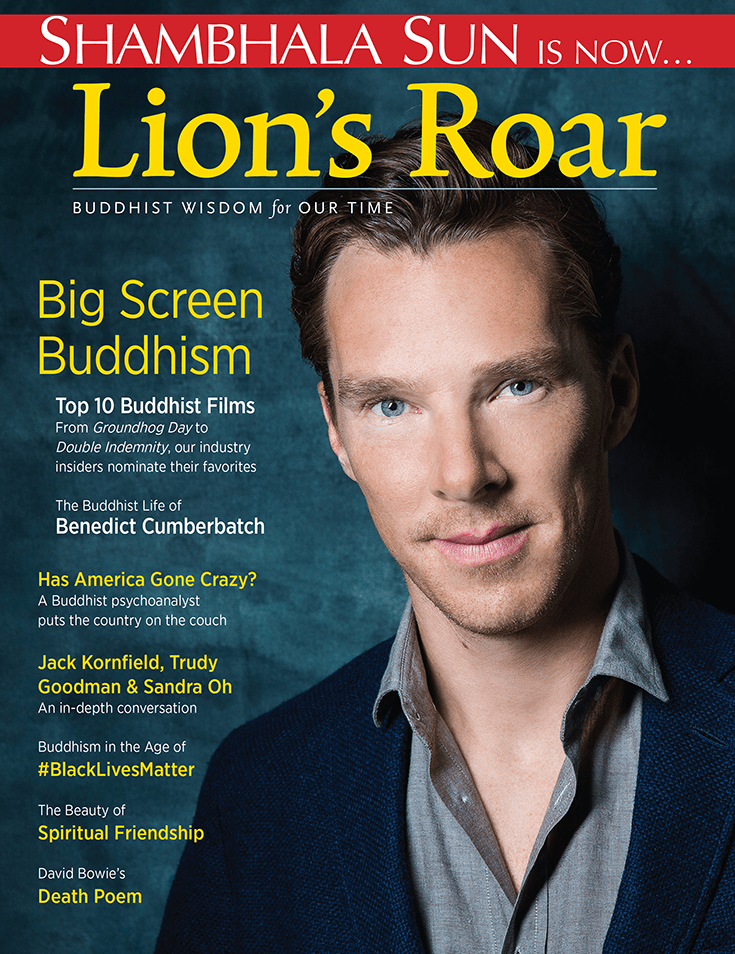 His may be one of the better-known faces on the planet these days — he’s the star of Sherlock, The Imitation Game, and many other films, including the forthcoming Doctor Strange. But what even die-hard fans might not know about Benedict Cumberbatch is that he considers himself a Buddhist, and even attributes some of his success to his time in a Tibetan Buddhist monastery.

Inside the May 2016 issue of Lion’s Roar (the leading Buddhist magazine formerly known as the Shambhala Sun), journalist Dominic Wells sits down with Cumberbatch to get the whole story.

After graduating from high school, Cumberbatch spent time in a monastery in India, where he learned about Buddhism while teaching English to the monks there. “I’d always been fascinated by the idea of meditation and what it meant,” the actor says, and so he attended a multi-day retreat.

“It was incredible. When you’ve been that still and contemplative, your sensory awareness is heightened and more sharply focused,” says Cumberbatch. “Stillness is an essential part of acting.”

Today, Cumberbatch describes himself as a Buddhist, “philosophically,” and uses his practice in his acting. “Sometimes as an actor you’re looking for the infinite,” he says. “If you can hold that, if you can remember that in the chaos, it will anchor you and give you grace and ease.”

Cumberbatch also discusses a near-death experience, what he learned about life from the Tibetan monks, and his excitement to return to India to film Doctor Strange.

Also inside the May 2016 issue of Lion’s Roar is “Big Screen Buddhism,” features Jeff Bridges, On Being‘s Krista Tippett, Naima Mora, Michael Imperioli and more on their favorite Buddhist-themed movies.