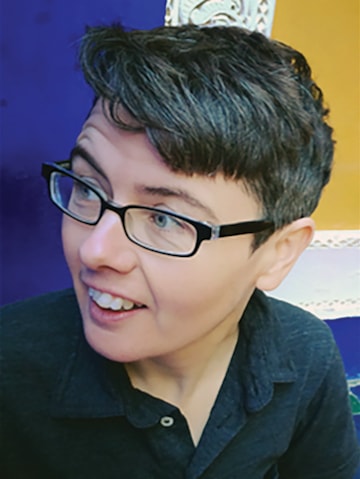 Convert Buddhism has a class problem: it appeals mostly to a narrow demographic of well-off college graduates. Buddhist scholar Ann Gleig offers some class consciousness to help Buddhism drop the barriers and benefit many more people.

In a discussion on a Facebook group for Buddhist scholars, one member asked whether there was an “eye-rolling” term associated with Western Buddhism. Among the different responses, it was “the Upper-Middle Way”—a term coined by practitioners—that resonated the most. Academic studies of meditation-based convert Buddhism have confirmed that the demographic of such communities is predominantly middle- and upper-middle class.

Despite recognition from both scholars and practitioners of the troubling lack of class diversity in these communities, class remains an undertackled issue in American Buddhism. We haven’t seen the emergence of “blue-collared” affinity groups, for instance, the way we have with people of color (POC) or LGBTQI populations. And while there are certainly working-class Buddhists of color and many shared challenges faced by POC and working-class Buddhists, the two groups are not synonymous. In my research with Buddhist teachers of color, many acknowledged that it was their class privilege that had enabled them to navigate the “white space” of convert communities.

So, how does class show up in American Buddhism? What role has it historically played in Buddhism? How can more class consciousness benefit the future of Buddhism?

During interviews with Gen X Buddhist teachers, I asked them a series of demographic questions. Each teacher moved through the categories of race, gender, and sexuality with ease. But nearly all hesitated with class. While they had experienced living in a low economic bracket, they also recognized they came from middle-class backgrounds and/or had college educations, and thereby had access to higher levels of cultural currency. It’s essential, therefore, to consider how both economic and cultural class capital operates in meditation-based lineages.

A major limitation economically is the centrality of the retreat model. Most U.S. retreat centers work on a model in which there is a set cost for accommodation, food, and dana (donation) for the teachers. While many centers do offer scholarships to alleviate these costs, this overlooks the issue that many blue-collared jobs do not include paid leave. For working-class participants, it’s not just the cost of the retreat to consider but the wages lost while on retreat.

Cultural currency also shows up in the aesthetics of meditation centers, in the type of food served, in how sangha members dress and speak, and in the cultural references given in dharma talks. All of these components are classed in ways that can make working-class people feel out of place.

Recognizing what does work, as well as what doesn’t, is essential. Soka Gakkai International (SGI), a modern lay Nichiren-shu movement, has been successful in appealing to lower socioeconomic populations. In Cosmopolitan Dharma: Race, Sexuality, and Gender in British Buddhism, Sharon Smith found working-class SGI practitioners were attracted by the pragmatic focus of SGI practice, which helped them deal with both the material and psychological challenges of their daily lives. They were also drawn by a strong sense of social affirmation, community support, and an appreciation for leadership opportunities within the organization. Smith noted that SGI did not assume that its members were versed in high culture and incorporated popular culture into its education and events.

While many dismiss conversations about privilege in Buddhism as progressive intrusions, it’s important to recognize that social hierarchies have always played a role in the tradition. The modern portrayal of the Buddha, which celebrates him as a radical who challenged the caste system, can easily mislead practitioners into assuming that, like caste, class is irrelevant to Buddhism, a social category that is transcended in practice.

See also: “What About the Cost of Retreats?” by Pamela Ayo Yetunde

Scholars of Buddhism, however, have shown that both caste and class have played a major role on multiple levels in Buddhism: it can influence what type of Buddhism one is drawn to, what form of Buddhism one is able to access, and how one judges other Buddhist lineages. Jeffrey Samuels, for example, has demonstrated that from the thirteenth century to the present, caste has been a determinative factor in which monastic orders one can join in Sri Lanka. Similarly, Lori Meeks has shown that in Japanese Buddhism upper-class women were put on an advanced “bhikkhuni track” while lower-class women were confined to housekeeping.

Pure Land Buddhism developed in large part as an alternative to the elitism in monastic and scholastic forms of Buddhism. Shinran (1173–1263), the founder of Shin Buddhism, a Japanese stream of Pure Land, taught a simple practice of nembutsu (chanting the name of Amida Buddha), and elevated “ordinary” workers over scholars and monastics. A similar nonelitist rhetoric is found in his contemporary Nichiren (1222–1282), who believed that all people had the potential to attain buddhahood through chanting the daimoku, the seven-syllable title of the Lotus Sutra.

Given that both Shin and Nichiren Buddhism promote a simple chanting practice, it is easy to assume that class divisions rest solely on practice forms. However, the situation is more complex, because not all Pure Land traditions are marked by class diversity. For instance, the Buddhist Churches of America, with a dominant middle-class demographic, is nearer to meditation-based convert communities than to SGI.

We are also seeing the emergence of more working-class offshoots of meditation-based lineages. One such space is the Tattooed Buddha, a growing online magazine and community, which reports it has had great success in reaching “the everyday blue-collar Buddhists or even just everyday blue-collar people looking for a little bit of mindfulness.” This highlights that it is not Buddhist meditation per se that is unappealing to the working classes, but rather the accessibility of practices, their relevance to daily life experience, and the social support available in the communities in which they are taught.

What can we learn going forward? First, centers need to start thinking about class more consciously and listening to the experiences of working-class practitioners. Brent Purple Oliver’s “White Trash Buddhist,” a first-person account of the obstacles faced by a blue-collared worker in meditation-based Buddhism, is required reading here.

Second, centers need to think about accessibility on multiple levels: are there free and sliding scale events? How much time do practices require? Are teaching materials freely distributed? Is the center easily reachable by public transport?

Third, teachers need to embrace the pragmatic benefits of Buddhism. I have heard many Buddhists snigger about people doing mindfulness practice for stress reduction or chanting for job promotions. This patronizing dismissal of real-world needs is a major barrier to working-class participation. Heralding retreat as the ultimate Buddhist practice and realizing no-self as the only valid religious goal is a sure way to reinforce not only religious but also class hierarchies.

Closely related is teaching the dharma in ways that translate into modern life. As one practitioner put it, “Speak directly to people’s everyday experiences and needs in the plain, everyday language that they speak.” I vividly remember how alienating it was listening to a teacher chastising practitioners for being too attached to their retirement savings when I was a mature student living hand to mouth. Given that around 50 percent of Americans report having no retirement savings, I’m sure my response wasn’t unique.

Finally, community building is essential. A repeated need expressed amongst blue-collared practitioners is for Buddhist centers to provide child care, as many Christian churches do. As one mother explained, “We would end up at a church because our local Zen center didn’t have child care at the time.”

Recognizing that class has always mattered in Buddhism and bringing more consciousness to how class preferences and prejudices operate in American Buddhist sanghas can push meditation-based lineages beyond the Upper-Middle Way. It can also increase appreciation for the forms of Buddhism flourishing in the United States that have already made Buddhism relevant to economically and socially marginalized communities.

Ann Gleig is an associate professor of religion and cultural studies at the University of Central Florida. Her book American Dharma:Buddhism Beyind Modernity was published by Yale University Press in 2019.