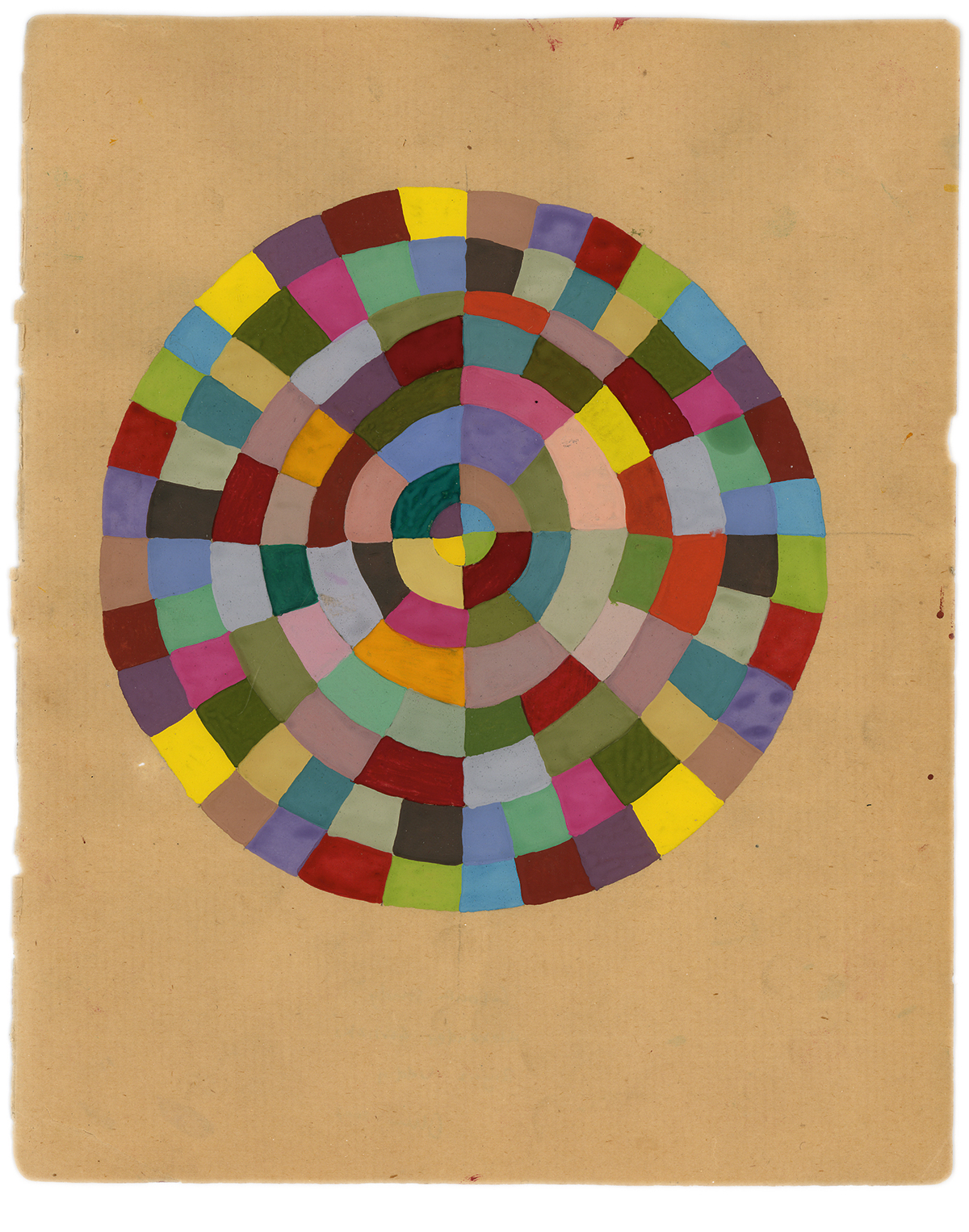 Growing up in a small town in North Carolina in the 1970s, religion meant church, and church meant one thing: the experience that emanated from a small, worn building in my community. There, we would gather once weekly, freshly bathed and in our best clothes and shiniest shoes, take our seats on wooden benches sagging under the weight of decades of lamentation and supplication, sing together, shake hands across the pews, hear the word of God as seen through the eyes of those struggling against the yoke of centuries of white supremacy, and come away uplifted, connected, and renewed.

Looking back on the Christianity of my childhood, I am filled with appreciation for what I experienced in it. To this day, I feel the unique power vested in me as a consequence of having heard those Sunday sermons, having sung those spirituals and having shared roasted chicken, lemon cake, laughter, and stories of how to “keep on keeping on” as a matter of weekly and committed routine.

The Christianity we practiced, I would come to learn, was not the same Christianity practiced by my white schoolmates. Both were based on the Bible, but ours was born of the experience of Black people in the context of still-segregated Kinston, North Carolina, and its surrounding counties—what we called “K-Town.” Over the years, I attended churches in Black communities in North Carolina, Virginia, and California. And while each had something ineffable in common, each felt different still.

Just as there is no one Black Christianity, there is no one Black Buddhism. In Black Buddhists and the Black Radical Tradition: The Practice of Stillness in the Movement for Liberation, Rima Vesely-Flad expertly explores the Black experience of Buddhism across a broad range of its expressions in the United States. For those seeking a serious introduction to the intersection of the Black experience and American Buddhism, this book is a first-rate resource. 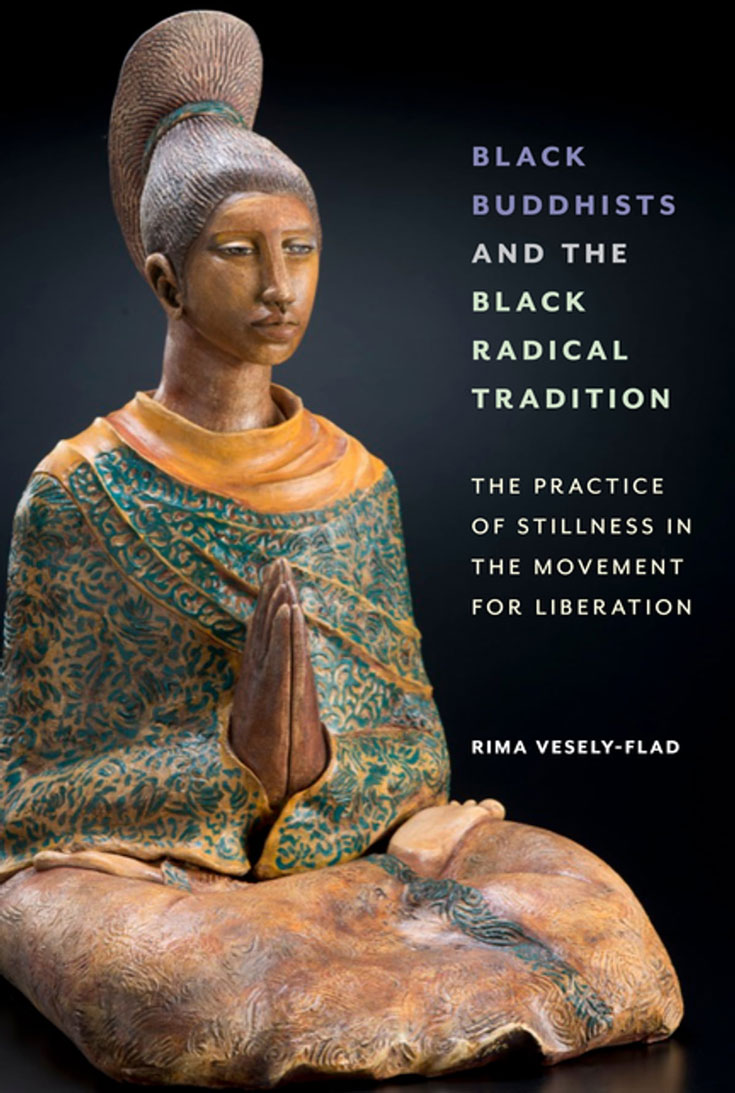 “Black Buddhists and the Black Radical Tradition: The Practice of Stillness in the Movement for Liberation” by Rima Vesely-Flad
NYU Press, 2022 344 pages; $30

For the most part, the interpretations of the dharma we know best continue to reflect white-bodied experience in the social realm. In the past few years, however, through the combined efforts of Black practitioners and anti-racist advocates within Buddhist communities, the Black experience in American Buddhism has found its way to the foreground of the Buddhist conversation. Who would deny the unique insight and potential power of a range of reflections on the meaning of, for example, the terms “suffering” and “liberation” by those whose lives have been shaped by white supremacy and its persistent structural legacies and daily consequences? Or the importance of wise action, of waking up to the multidimensional legacies of our country’s harmful past—its impact on our minds, bodies, and spirits, and its grip on our present?

Notwithstanding the range of recent books by Black Buddhists and mindfulness teachers, no book until Black Buddhists and the Black Radical Tradition has provided an analysis of the connections between Black Buddhist thought and practice and the centuries-old Black liberation and Black feminist movements. While there is more that can, and no doubt will, be written on these subjects, the very fact of a single volume bringing together a short but comprehensive history of Black Buddhist teachings with the writings of Garvey, DuBois, and Malcolm X opens up space for those of us who have been exploring and joining together these rivers of Black practice and thought.

But as I reflect on it, I realize that Black Buddhists and the Black Radical Tradition affected me most deeply in two other ways.

First, it took me back to those pews in Kinston, and to the feeling of being at home. Indeed, reading these pages helped me to breathe into a deeper sense of belonging within the Buddhist tradition, one that has called to me since my earliest encounters with the teachings of the Buddha as a student at university. There, I searched for a religious and moral framework that seemed powerful enough—on paper, at least—to bring clarity and the possibility of transformation to a world mired in the interlocking confusions of racism, patriarchy, and classism. Now, many years later, I read these pages and see I was not alone in having found strength and renewal in Buddhist-oriented principles, practices, and communities. What a supportive presence the reflections in this book will offer to seekers in the years to come.

It also reminded me that while there is, in our broader culture, a notion of “the Black church,” the truth is that there is no such thing. Though they have certain features in common, from inside the experience, every Black church is unique. In the same way, this book reveals the tremendous diversity within and across the lives and interpretative insights of those Buddhists racialized monolithically as Black. This book invites us to explore and appreciate the rich variations, the many Buddhisms, of the Black experience of the dharma in America.

Reading in Vesely-Flad’s book about the wide variety of Black practitioners and teachers, dedicated to forms ranging from early Buddhism to Buddhist modernism and practicing in every corner of the United States and beyond, is like discovering an ocean of wisdom hidden in plain sight. If anyone still believes that Buddhism somehow appeals only to whites and Asians in the United States, then this compilation of considered reflections and Black voices on themes central to Buddhist principles and practices should put that notion forever to bed. With this book, the face of “American Buddhism” will forever include the many shades of Blackness.

Rhonda Magee is a law professor at the University of San Fran- cisco, an author, and a mindfulness teacher. Her work focuses on integrating mindfulness-based interventions, awareness, and compassion practices from a range of traditions into higher education, law, and social change work. She is the author of The Inner Work of Racial Justice: Healing Ourselves and Transforming Our Communities Through Mindfulness.