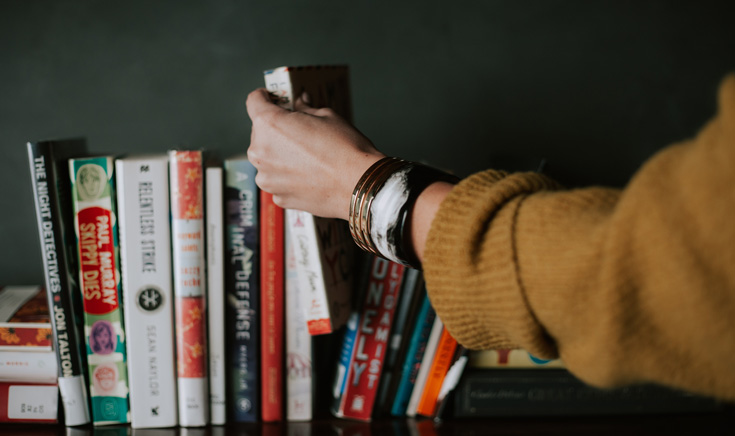 In The First Free Women: Poems of the Early Buddhist Nuns (Shambhala 2020), Matty Weingast reinterprets the Therigatha, a collection of poems by the earliest female students of the Buddha. Taking poetic license from the Pali originals, Weingast transforms the poems into sharply penetrating and profoundly moving English free verse. The voices of these women are gentle but defiant, loving yet blunt: Do you want freedom? What does true freedom look like? Why shouldn’t freedom be for you? These are women who sought out enlightenment long before it was safe to utter “women” and “liberation” in the same sentence, yet Weingast has given voice to them in a way that renders the distance of two and a half millennia inconsequential. They speak as though they are here and now, about matters that still concern us here and now. These poems of forgiveness, grief, kindness, yearning, and wisdom—featured in Buddhadharma’s Fall 2019 Women’s Issue—are timeless, but they are also the stories of those who came before us and blazed the way forward.

“On occasion, people have said to me, ‘Oh, I didn’t know that there were African American Buddhists!’ Mostly my reaction is demure, but I sometimes want to respond with the question, ‘Why shouldn’t there be?’” This interrogation of implicit biases is at the heart of Wesleyan University’s Professor Emerita Jan Willis’ Dharma Matters: Women, Race, and Tantra (Wisdom 2020), a retrospective of eighteen essays that span thirty-five years of Willis’ broad-ranging academic career. Never straying far from the personal, Willis’ work is informed by personal reflection and consideration of Buddhism as a living religion, whether discussing the role of women in Buddhism, the intersections of Buddhism and race in modern-day America, Tibetan sacred biographies, or Buddhist–Christian commonalities. She also dissects what it means to embody the sometimes fraught dual identities of “Baptist–Buddhist,” “African American Buddhist,” and “scholar–practitioner.” Throughout, Willis powerfully advocates for an American Buddhism that is more inclusive and accessible to all: “What if Buddhists in America made ‘diversity’ and ‘race’ and ‘gender’ their koans?”

In The Book of Householder Koans: Waking Up in the Land of Attachments (Monkfish 2019), Zen teachers Eve Myonen Marko and Wendy Egyoku Nakao have curated a collection of terse tales that vibrate with the all-too-familiar daily struggles of the twenty-first-century lay practitioner, with topics ranging from child-rearing and work fatigue to agonizing illness and marital strife. Each segment is comprised of an evocative opening free verse, a brief story (the koan), its commentary (often invoking traditional koans), and probing questions—“If you are not your boundary, then who are you?” “Tell me, what are your true names?”—for further reflection. The result is often surprising, candid, and insightful. At every turn, the authors warmly urge us to reengage with our ordinary circumstances through an extra-ordinary lens. The book provides no pedantic solutions, instead offering itself as an open workbook with which to navigate the problems that come with being human.

Buddhist–Muslim Relations in a Theravada World (Palgrave MacMillan 2020) is, in a way, the most urgent book on this list, and the most difficult to stomach. Editors Michael Jerryson and Iselin Frydenlund have pulled together groundbreaking articles by scholars researching Buddhist–Muslim relations in Theravada Buddhist majority states (Sri Lanka, Myanmar, and Thailand, with one essay on the Buddhist minority in Bangladesh), where interreligious tensions have risen to new heights. They investigate the ever-shifting matrix of religious, ethnic, racial, and gender identities that have been mythologized and weaponized to serve nationalistic agendas, often in the name of Buddhism and often with violent results. These topical essays disabuse us of the long cherished notion that Buddhist polities have a clean track record of inclusivity and tolerance, or that Islam has throughout history posed an active threat to Buddhism. A disconcerting but important throughline emerges from these case studies: so long as humans keep drawing boundaries along lines of difference, and so long as dominant groups continue to view alternative groups as threats, we will keep perpetuating a “destructive pattern” of othering what feels foreign to us, and there will be no end to the violence we wreak upon one another and, ultimately, ourselves.

Buddhist teacher and chaplain Justin von Bujdoss wants to have what he knows will be an “uncomfortable conversation.” He wants to discuss the future of the dharma in the West—specifically, how Tantric Buddhism in the United States ought to modernize in order to truly come into its own. Such talk may peeve traditionalists, but challenging the status quo is the point of Modern Tantric Buddhism: Embodiment and Authenticity in Dharma Practice (North Atlantic Books 2019). In this “loving critique of tradition,” von Bujdoss articulates the deep anxiety felt by many Western Vajrayana students that by not being Asian, one is somehow less qualified to tread the tantric path. The author, himself an American lama trained by Tibetan Kagyu masters, calls for a tantric Buddhism where practitioners instead “see that our ordinariness, our Western identity…are also a valid basis for awakening.” He points out that all Buddhist cultures have had to grapple with assimilating Buddhism into pre-existing cultural contexts. It is time, he says, that American tantrikas did the same. This book—equal parts impassioned manifesto, tender personal reflection, and affecting pastoral care guidebook—is a brave foray into a reimagined Western tantrism.

Tsongkhapa: A Buddha in the Land of Snows (Shambhala 2019) is Thupten Jinpa’s ambitious new biography of the fourteenth-century founder of the Geluk school of Tibetan Buddhism. It provides a sweeping yet detailed biographical sketch of Tsongkhapa’s life, examining his roles as student, teacher, scholar, yogin, and visionary, while also painting the contours of his main intellectual and spiritual accomplishments. This twofold endeavor is perhaps necessary for capturing the life of “arguably the most influential figure in Tibetan Buddhist history,” someone who indelibly altered Tibet’s religious and intellectual landscape. The ever erudite Jinpa has an unparalleled ability to simultaneously wield a plethora of primary sources, provide exposition on Tsongkhapa’s most difficult ideas, and remain attuned to the expectations of contemporary scholarship. This volume is both a well synthesized account of Tsongkhapa and, with its useful appendices and extensive bibliography, a valuable new resource for academics.

Buddhists of all walks of life, ordained and lay alike, will treasure Buddhist Suttas for Recitation: A Companion for Walking the Buddha’s Path (Wisdom 2019), Bhante Henepola Gunaratana’s handsomely produced collection of daily devotional recitations. Featured are prayers, key concepts, and suttas for recitation in bilingual Pali–English facing pages, along with a guide to the basics of devotional practice, including how to set up an altar and perform prostrations. Bhante G elucidates how a devotional routine can enrich the entirety of one’s practice by developing discipline, increasing wisdom, and expanding feelings of devotion. Perhaps most importantly, he points out that “by using the words of the Buddha, we can be assured that we will be guided in the right direction.”