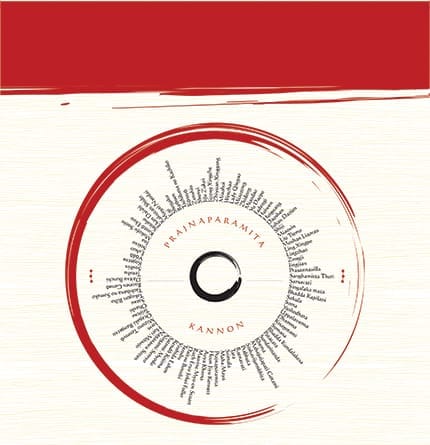 In October of 2010 the Soto Zen Buddhist Association (SZBA), a national teachers’ group, approved a document honoring women ancestors in the Zen tradition. It was an historic turning point. After years of discussion and scholarly research, female ancestors dating back 2,500 years from India, China, and Japan could now be included in the curriculum, ritual, and training offered to Western Zen students.

For centuries, the practice of chanting and studying male ancestors has been an important aspect of Zen. Western Zen students followed suit, chanting the names of historical male ancestors in many ceremonies, ranging from morning service to lay and priest ordination, and most notably the ceremonies of dharma transmission, when a teacher passes on his or her recognition and empowerments to a disciple. By acknowledging and connecting with our historical Zen ancestors, we celebrate the intimacy, continuity, and authenticity of practice. This lineage, or family tree, helps connect Zen practitioners personally to essential teachings through knowing the actual names and stories of inspiring teachers. On a more profound level, we allow their teachings to influence our daily lives. And on the most profound level, we experience the love and energy of the ancestors supporting us as we practice.

The Women Ancestors Document is a testament to the contributions of historical women dating back to the early days of Indian Buddhism. Through their participation and commitment to the dharma, they help us see how change occurs through persistence and skillful means. Studying how change and innovation have occurred previously in Zen practice confirms that even when women’s presence in monasteries was strictly forbidden, some were still able to enter, train, and ascend to teaching positions. Women did so through the wholehearted support of male insiders—either awakened male Zen masters or male colleagues.

The vitality and availability of Zen women’s convents have waxed and waned through Buddhist history. Zen women ancestors have only survived because male Zen masters broke the rules and allowed women to join men’s monastic practice. Male Zen masters risked censure and disturbance in their own monasteries when they allowed women to practice alongside monks, but they did it.

Taking a page from history, those of us involved in the creation of the Women Ancestors Document understood that it would require the support of influential male Zen teachers. For that reason we accommodated the more traditional among us and called our list “Women Ancestors Document” rather than “Women’s Lineage.” This distinguished our new document from the long-established Soto Zen lineage chart, making it optional while allowing us to use it in the same ways.

Our women Zen ancestors left home to enter the realm of physically arduous monastic practice. Rarely did these women Zen masters receive the recognition and financial support awarded to their male counterparts. They survived by banding together, offering sustenance to their communities through clinics and schools in exchange for material donations. Women’s teaching generally differed from the great masters, who lived in remote locations and extolled the transcendence of all worldly attachments. Women expressed their humanness and longing to actualize their vows amid daily life—even as they lived with worldly attachments.

A shining example of the feeling found in women’s practice is captured in the poem “As a Nun Gazing at the Deep Colors of Autumn” by the Japanese nun Rengetsu:

Clad in black robes
I should have no attractions
To the shapes and scents of this world. But how can I keep my vows,
Gazing at today’s crimson maple leaves?

Women’s Zen teaching laments the loss of loved ones and extols the beauty of life. No matter how deep their practice, their human heart is exposed. This is a wonderfully alive teaching for Western Buddhists, most of whom practice in the midst of family, work, and community rather than in silent monastic settings. Learning about Zen’s ancestral women and how they expressed practice in their family, art, and community can be a bountiful source of inspiration for Westerners.

There are several illustrations that contain the women’s names approved by the SZBA, but the one most commonly used is the circle designed by Salt Spring Island Sangha. The circle starts with mythical female buddhas, followed by historical women teachers of India and China, and ending with Japanese women through the current century. All of the women ancestors are deceased; we have not yet officially included deceased Western Zen women, as traditionally it takes several hundred years to become an ancestor.

The Women Ancestors Document is being used in conferring precepts (for men and women) in lay and priest ordination. It has been added to documents of dharma transmission. It has been drawn as a circle, a river, an enso, a bamboo grove, and included as a “pilgrimage” record, where current women Zen teachers add their names and official stamps to a silk listing Zen’s female ancestors.

While it has only been in existence a short time, the document is very much alive and well, and its presence is felt in many Western Zen sanghas. May it continue to bring recognition to Zen’s female ancestors and to living Zen women and be a source of inspiration, awakening us all to the distinctively vibrant ways of women’s spiritual practice.