Jack Kornfield on the importance of contributing to activism with Buddhist practice and wisdom. 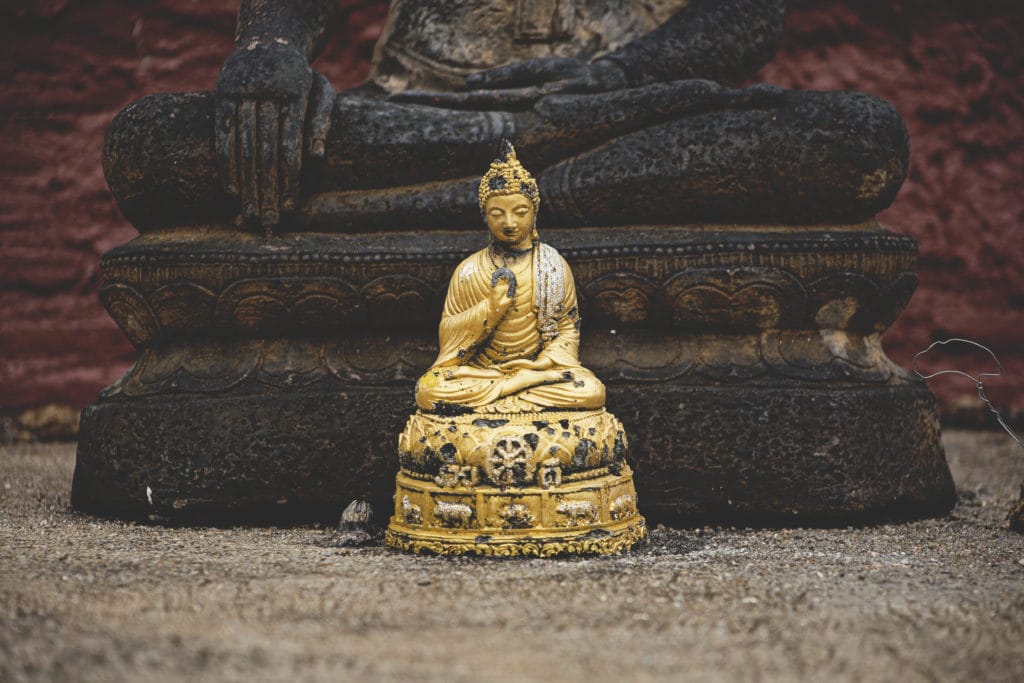 Science and technology alone cannot stop continuing warfare, racism, and environmental destruction. The illusion of separation that fuels global consumerism and greed, fear, and ignorance needs to be transformed by the realization of interdependence, by the illumination of wisdom and compassion. Each of us must find our own way to contribute to this with the wisdom of our practice and our own unique capacities.

Meditation is one important answer. And while I believe that yogis who practice compassion in their Himalayan caves offer an essential gift to us all, these days I find myself wedding the meditation retreats I teach with engaged action in the world. For me, they are a complement, not a conflict. I chose, for example, to work for Barack Obama as a private citizen, believing in his integrity and vision, though I would never do so from the dharma seat. The dharma, the teachings of generosity, virtue, loving-kindness, and wisdom, are nonpartisan. The benefits of dharma teachings can be used by Republicans and Democrats, by members of the Green Party and Libertarians, by Iraqis and Israelis. The dharma welcomes everyone and encourages all to awaken together.

When I joined with Israeli and Palestinian peacemaking groups in 2007 to learn and teach, I became part of a web of shining connections rarely reported in the media; I found hundreds of groups working for peace in the region, such as Former Combatants for Peace, Bereaved Mothers, the Gandhian movement of the Holy Land Trust, and the Palestinian and Israeli women who replant olive groves. To me, they represent the compassion of the Buddha in action.

The benefits of dharma teachings can be used by Republicans and Democrats, by members of the Green Party and Libertarians, by Iraqis and Israelis. The dharma welcomes everyone and encourages all to awaken together.

In working with the Insight Prison Project for prison reform or joining the marches for a free Tibet or helping to raise money for relief efforts in Burma, I join in the traditional practice of dharma students everywhere, who are committed to the spirit of service. Having received teachings and the immense generosity of the Burmese people when I lived there, how can I not respond in kind to the devastation caused by Cyclone Nargis? I am doing everything I can to support the Foundation for the People of Burma, one of the few groups to have hundreds of workers getting aid into the Irrawaddy Delta. One of its volunteers, Maung Lay, drove a truck full of rice to three villages that had almost no food for two weeks. The military roadblock stopped him to confiscate the food. Maung Lay looked directly at the young soldiers and replied, “You will have to kill me first.” They let him pass and the food got through. When I hear stories like this, I am moved to do all I can to fundraise and to work with the media to raise public awareness, to show that there is a way to help.

But how can you do this service work in the spirit of practice? As dharma practitioners, the first task is to make your own heart a zone of peace. Instead of becoming entangled in the pain or cynicism that exists externally, you need to face your own fear, your own sufferings, and transform them into compassion. Only then can you offer genuine help to the outside world. Albert Camus writes, “We all carry within us our places of exile, our crimes, our ravages. Our task is not to unleash them on the world; it is to transform them in ourselves.”

Find a way to quiet your mind and open your heart. Meditate, turn off the news, turn on Mozart, walk through the trees or the mountains, and make yourself a zone of peace and compassion. You can get swept up in a frightened, barricaded society—or you can respond calmly, with both prudent action and a fearless steady heart. Thich Nhat Hanh explains, “When the crowded refugee boats met with storms or pirates, if every one panicked, all would be lost. But if even one person stayed calm, it was enough. It showed the way for everyone to survive.”

As dharma practitioners, the first task is to make your own heart a zone of peace.

We are all in the same boat, which is reflected in the Buddha’s teaching of interdependence. Your relationships with others, right speech, right action, and right livelihood are all part of the path of enlightenment, an expression of the enlightened heart. Gandhi put it this way: “Those who say spirituality has nothing to do with politics do not know what spirituality really means.”

As you sit quietly, you will see what is needed to bring benefit to the world. The Buddha taught that inner peace grows from mindfulness, compassion, and respect. When asked about the creation of a wise society, he said the same qualities were needed. Buddha counseled that when a society comes together to make decisions in harmony, when it honors its elders and the wise ways they have established, when it cares for its most vulnerable members, and when it respects the environment and listens to its citizens, it can be expected to prosper and not decline.

From a quiet heart, you can look and see how society treats its most vulnerable members and whether it is acting in ways that foster greed, hate, fear and ignorance. You can begin to identify what you can do nationally and internationally to support generosity and respect, to minimize violence, and to end racism and exploitation. Once you have looked clearly, you can dedicate yourself to helping to bring about a wise and compassionate society. This is a bodhisattva’s act. Like setting the compass of the heart, this dedication expresses your deepest values. If you set a long-term intention, it remains empowering no matter who wins a particular election or what governments rise and fall. It becomes your way of practice.

A.T. Ariyaratane, a Buddhist elder known as the Gandhi of Sri Lanka, is a beautiful example of a long-term intention. After twenty years of civil war, the Norwegians helped broker a peace treaty. Ariyaratane called together a huge gathering of 650,000 followers, where he proposed a five-hundred-year peace plan, saying, “The Buddha teaches we must understand causes and conditions. It’s taken us five hundred years to create the suffering that we are in now.” Ariyaratane described the effects of four hundred years of colonialism, of five hundred years of struggle between Hindus, Muslims, and Buddhists, and of several centuries of economic disparity. He went on, “Therefore, it will take us five hundred years to change these conditions.” Ariyaratane then offered his practical long-term plan to rebuild and heal the nation.

Sitting quietly, seeing clearly, you can ask, what is my own vision? At Spirit Rock Meditation Center, Sylvia Boorstein has taught a class called Informed Citizenship as Spiritual Practice. She encourages people to ask, what can I do as a wisdom holder, as a bodhisattva, to best contribute to the world in these times? It might be registering people to vote, or working politically, or speaking up and making your vision heard in your community or in the government. It might be planting an organic garden or creating a conscious business or making art. As a contemplative, you are already involved in radical change; as an activist, you have to find a way to offer your practice to society and to empower those around you.

The Buddha’s teachings encourage us to act. Do not doubt that your good actions will bear fruit. Gandhi reminds us: “I claim to be no more than an average person with less than average ability. I have not the shadow of a doubt that any man or woman can achieve what I have if he or she would simply make the same effort and cultivate the same hope and faith.”